Broken Places: A Rachel Goddard Mystery and millions of other books are available for Amazon Kindle. Learn more
Share <Embed>
Have one to sell?
Sell on Amazon 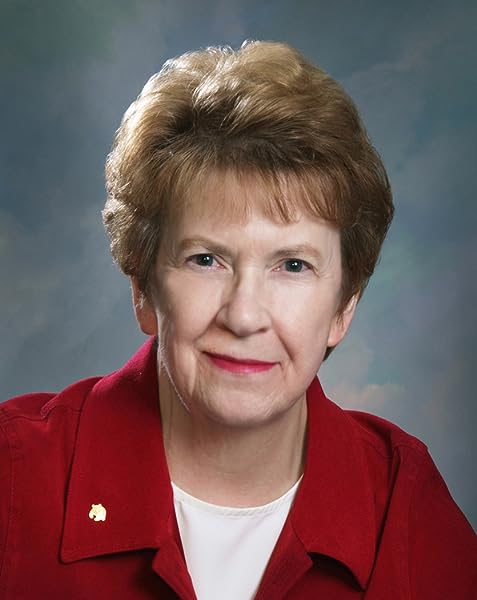 *STARRED REVIEW*
“Near the start of Parshall's excellent third Rachel Goddard mystery (after 2007's Disturbing the Dead), the Mason County, Va., veterinarian witnesses an argument between newspaper publisher Cam Taylor, who's desperate for money to save his paper, and popular cartoonist Ben Hern (aka Cuban-American artist Benicio Hernandez), who won't give him any, at Ben's mansion. On the drive home, Rachel spots Cam's abandoned car in the road, pulls over, hears gunshots, and finds Cam dead in the woods. Rachel and her vet assistant, Holly Turner, must take care not to become a frantic killer's next victims in a suspenseful tale distinguished by its sharp prose.”  –Publishers Weekly of Broken Places
*STARRED REVIEW*
“This third Rachel Goddard mystery (after The Heat of the Moon and Disturbing the Dead ) grips readers from the opening page with a suspenseful plot that will leave them breathless. The tension between Tom and Rachel adds to the thrill of the hunt for a clever murderer who has covered all the bases. Fans of Margaret Maron's Deborah Knott mysteries will enjoy.” –Library Journal of Broken Places

"Rachel's third is a tense, well-written combination of mystery and romance that will keep readers guessing."  -- Kirkus Reviews

Sandra Parshall grew up in South Carolina and has worked as a reporter on newspapers in South Carolina, West Virginia, and Baltimore. She lives in Northern Virginia with her husband, a long-time Washington journalist, and three cats.
Start reading Broken Places on your Kindle in under a minute.

D. Zendel
5.0 out of 5 stars Hard to put down
Reviewed in the United States on September 25, 2015
Verified Purchase
Rachel Carson, the veterinarian for Mason County, Virginia, is pulled into a murder case when Cam and Meredith Taylor, the couple who runs the local newspaper, are killed within hours of each other. She didn’t see anything, but she did hear gunshots and then discovered Cam’s body.

The Taylors came to Mason County in the 1960s with the Volunteers in Service to America (VISTA) program, making friends and enemies with their activism. No one expected them to stay once their one-year commitment was up, but stay they did, eventually buying the local newspaper. Cam irritated people anyway, but his aggressive desire to keep the failing paper afloat earned him a lead lunch, and may have led to his wife’s death. Stumbling over Cam’s body puts Rachel and her young assistant, Holly, in danger, because everyone in town thinks they can identify the killer.

Rachel and Sheriff Tom Bridger’s fledgling relationship is tested by the return of Lindsay, the Taylor’s scheming daughter and Tom’s previous girlfriend. Maybe Lindsay is there to bury her parents, maybe she’s there to monkey wrench in Rachel and Tom’s relationship. Rachel’s childhood friend, Ben Hern (aka Benicio Hernandez), the son of one of the other VISTA volunteers, is the prime suspect in the murders. Ben is hiding things, Rachel is hiding things, Lindsay’s trying to make it look like the Sheriff is hiding things ...

I’m generally a cozy reader, but I got hooked on this suspenseful mystery series from the very first book. The books tackle complicated issues (death, race relations, family, poverty, animal care) in a very readable way, no preaching, just good story-telling. The characters are well-developed, the dialogue interesting, and Rachel’s backstory keeps me coming back for more. I figured out who dunnit in this book 3 at about the same time as Rachel did, and I enjoy that. I like to be carried along by the story and the interaction of the characters, rather than being hit over the head early on by who the evildoer is. I highly recommend this series. Note: They are best read in order, because each one builds on the previous one.
Read more
Helpful
Report abuse

Kait Carson
5.0 out of 5 stars The past haunts and hunts your future.
Reviewed in the United States on March 1, 2015
Verified Purchase
I read Parshall's two earlier books several years ago. I recently decided to pick up the balance of the set. I read Under the Dog Star before this one, but I have to tell you. I'm binge reading these. I simply won't stop until I've read all of her books. She is fantastic. Broken Places tells the story of a group of idealistic youth who met in Mason County while they were VISTA volunteers. I'm not sure if the book puts a date on it, but it would have been the 1970s if my history recollection is correct. Fast forward to contemporary times. Events from the VISTA days come back to haunt all grown up and much more mature (no, the two don't always go together) VISTA volunteers and their children. When Rachel happens upon a murder, so recent that she checks the deceased for pulse, she has no idea that she is seeing the fruit of seeds sown in the past. These murders, and her growing relationship with Tom, pull out secrets of Rachel's own past that force a resolution of her relationship with Tom. A wonderful addition to the series, and very readable as a stand alone. Highly recommended.
Read more
Helpful
Report abuse

Dorothy
5.0 out of 5 stars Amazing!
Reviewed in the United States on January 8, 2013
Verified Purchase
Along with having a fantastic storyline, great and believable characters, this book stands as proof positive that you don't need blatant sex in the story to have a successful book.

Characters are so real you can picture them as if in real life. Plot is so good I was on the edge of my seat and rapid reading. I though the ending would be one way when, surprise, it twisted into something I just did not have figured and I loved the ending!

I can see from skimming through the rest of the Rachel Goddard series that I will be reading more of Ms. Parshall's books.

Carol Baier
5.0 out of 5 stars Sandra Parshall's Latest
Reviewed in the United States on April 12, 2010
Verified Purchase
I have a real fondness for mysteries where years-old events impinge on the present (resulting, of course, in murder), and Sandy Parshall's Broken Places is a gripping example. I'd previously read the manuscript, but I was immersed all over again in its dense pleasures. As in Disturbing the Dead, the second entry in the series, it stars veterinarian Rachel Goddard and Deputy Sheriff Tom Bridger, mixing murder with romance in the mountains of rural southwestern Virginia. The main supporting characters from Disturbing the Dead are back, including one of my favorites, Mrs. Barker, the mountain woman with "the sight," a clever take-off on Nora Bonesteel. Three new characters take front and center: a reclusive cartoonist new to the community, the owner of a bankrupt newspaper who drives everyone crazy begging for money to resurrect it, and an old girlfriend of Tom's who has her own resurrection in mind. There are plenty of secrets, past and present, but I'm not going to even hint at them. When movie trailers give plot points away, I want to throw my popcorn at the screen. All I'll say is pick up the book -- you won't be disappointed.
Read more
6 people found this helpful
Helpful
Report abuse
See all reviews
Pages with related products. See and discover other items: poisoned pen press books
Back to top
Get to Know Us
Make Money with Us
Amazon Payment Products
Let Us Help You
EnglishChoose a language for shopping. United StatesChoose a country/region for shopping.
© 1996-2021, Amazon.com, Inc. or its affiliates