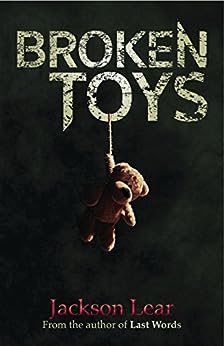 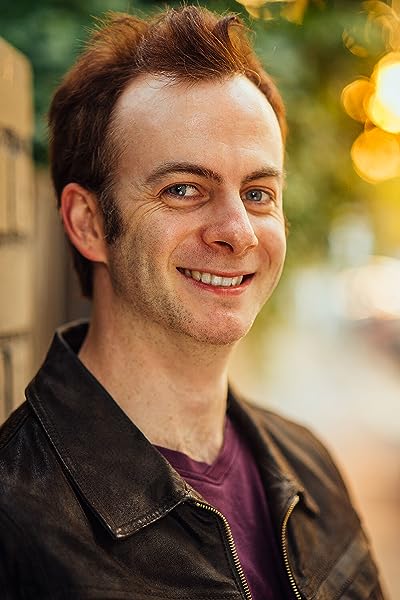 3.3 out of 5 stars
3.3 out of 5
24 global ratings
How are ratings calculated?
To calculate the overall star rating and percentage breakdown by star, we don’t use a simple average. Instead, our system considers things like how recent a review is and if the reviewer bought the item on Amazon. It also analyzes reviews to verify trustworthiness.
Top reviews

medfair
3.0 out of 5 stars Could be very good, but lacks cohesive backbone concept
Reviewed in the United States on April 2, 2017
Verified Purchase
Broken toys is difficult to grade. Consider the story line-four teenage friends from a small British town, Josh, Claire, Amanda, and Anthony grow up doing the usual teen-age mischief, fearing and loathing the repulsive and strange Toad boy. The imaginary terror beomes real when a young 15-year old girl from their school disappears. Twenty years later in the same town (only much bigger now) Anthony is married with kids of his own, Josh has a girlfriend, Claire is divorced and tries to raise Ian, her teenager boy, and Amanda runs away (from New York to her childhood womb and away from her commitment to her boyfriend). Another teen-age girl, on a photographic project trip from London disappears. The story is very complex, but in a nutshell, the current events catapult back Josh and Anthony twenty years and makes them investigate the two disappearances, the 20-year old case and the fresh one. This could be an interesting "Stand By Me" variation, but...There are many buts, and in my opinion they seriously detract from the quality of the book. All the heroes (except for Claire for some reason) have serious problems with marriage, sex, partnership, fidelity. Nothing new here, except their fantasies, meanderings, and lies fail to graduate into a backbone of the story. The bizzare and repulsive adventures of the three teenagers (Ian, Daniel, and Warrick) also fail to recapitulate the earlier lives of the heroes. In conclusion, the author had a hard time to decide what the book is about- friendship and growing up, the existential dilemmas of adulthood, lust and sex to satify a more prurient audience, murder mystery spanning 20 years....As a result it is neither here, nor there, not anywhere. One very big problem: If one writes in the first person style-many thingss may be still unsolved and unclear, because a single individual has a limited point of view. But writing in a third person implies God-like wisdom and insight. Hence, the unclear and unsolved problems are really irksome. For example, did James do more than just try to kill Warrick? And why? Especially that he comes over as a quite smart and calculating bastard. What about Toad? He is so central to the plot, and suddenly he becomes insignificant. And who really was responsible for the first disappearance? Besides all that, the three kids that are reincarnated twenty years later (sounds like Dumas?) are too repulsive and too stupid to believe. On this very problematic backgroung, the author writes very good (if sometimes over-long) dialogs. One jarring note-small mistakes that irritate: For example, if you want to stress that that was an expensive camera, you need a model, not just a Canon DSLR. In the same mode, Zofia was carrying an expensive camera with a very heavy lens (one that had to be hefted with both hands)-well, that would not be a 28 mm, not even a 280 mm, etc. On the whole, interesting but very uneven, mostly tedious but sometimes a compulsive page turner. Could be re-written to a very good book once the author makes up his mind what he really wants.
Read more
One person found this helpful
Helpful
Report abuse

Michelle
1.0 out of 5 stars Truly Disturbing Book
Reviewed in the United States on June 21, 2017
Verified Purchase
The plot skittered here and there with no real movement and a LOT of extraneous "stuff" that did not add to the story. Or maybe I quit too soon....

But I was already disgusted by the grown adults and finally had it when James entered the picture. Sick. I didn't even want to see where that led.

Thankfully, I read another review that answered the one question I actually had hoped to have answered.

This book was a total waste of my time, and I only read part of it. I think this may be my only one star review and I read a lot. So that says how much I dislike it.

Mary Jarrell
1.0 out of 5 stars Waste of my time and money!
Reviewed in the United States on December 17, 2016
Verified Purchase
I was ready to put the book down after reading 1/2 way thru. I kept thinking it would get better. The past history drug on and really didn't tie in to current events. Don't waste you time or money on this book. I have wasted 4 evening and am highly disappointed!
Read more
6 people found this helpful
Helpful
Report abuse

L. Hampton
1.0 out of 5 stars I really tried but I couldn't make sense of this book!
Reviewed in the United States on February 7, 2017
Verified Purchase
I cannot make heads or tails of this book! I tried reading it but just couldn't make myself get into the story or even care about trying any longer. Sorry, I just didn't get it! It made no sense to me!
Read more
One person found this helpful
Helpful
Report abuse

Monika Obermeier
3.0 out of 5 stars Dragged on
Reviewed in the United States on December 16, 2016
Verified Purchase
I would have rated this higher, but more than half of the story dragged on about the personal lives of the original group of kids, which took away immensely from the thriller aspect of the novel.
Read more
2 people found this helpful
Helpful
Report abuse

Jswal-integrity
3.0 out of 5 stars Growing up
Reviewed in the United States on January 5, 2017
Verified Purchase
This book was very intriguing and intense. I did not care for some of the parts with Ian, and his friends. I despised James. None of the characters had good character, but I just could not put the book down.
Read more
One person found this helpful
Helpful
Report abuse

JL.
4.0 out of 5 stars Trying to decide
Reviewed in the United States on December 28, 2016
Verified Purchase
Lots of harsh issues - very long but could have been a lot shorter. Very undecided on how I really felt about this book. Some seemed like they weren't sure where the story was going it lasted so long.
Read more
One person found this helpful
Helpful
Report abuse

CPC
2.0 out of 5 stars Drawn out
Reviewed in the United States on January 23, 2017
Verified Purchase
Drawn out and awkward to read. Parts just seemed jumbled together. It felt messy and scattered. I finished the book but it was because I forced myself to
Read more
One person found this helpful
Helpful
Report abuse
See all reviews

Morag Fraser
5.0 out of 5 stars Creepy
Reviewed in the United Kingdom on November 22, 2016
Verified Purchase
I wasn't sure about this book when I first saw it but I was very pleasantly surprised. It is an excellent book but as the headline says, creepy. I will be looking out for more of Jackson Lear's books now!
Read more
Report abuse

Amazon Customer
4.0 out of 5 stars I enjoyed this book
Reviewed in the United Kingdom on February 8, 2017
Verified Purchase
I enjoyed this book, although at one point I found it uncomfortable reading and wasn't sure where it was going. Overall it's a good read, with unexpected twists and turns throughout.
Read more
Report abuse

Ian Gray
4.0 out of 5 stars Great Read
Reviewed in the United Kingdom on March 21, 2017
Verified Purchase
Intriguing from the start the author soon building the pace, painting a very disturbing picture of human nature.
An enjoyable if a somewhat scary read.
Read more
Report abuse

Amazon Customer
5.0 out of 5 stars I loved this book
Reviewed in Australia on April 17, 2017
Verified Purchase
I loved this book. The characters were brilliant with loads of depth and personality quirks. The story was gripping and intriguing, and I found that I just couldn't put it down. If there is any complaint it is that it ended too quickly. I want to know what else happened. Hopefully the talented Mr Lear writes a follow up. Just about to download his other books now.
Read more
Report abuse
See all reviews
Back to top
Get to Know Us
Make Money with Us
Amazon Payment Products
Let Us Help You
EnglishChoose a language for shopping. United StatesChoose a country/region for shopping.
© 1996-2021, Amazon.com, Inc. or its affiliates