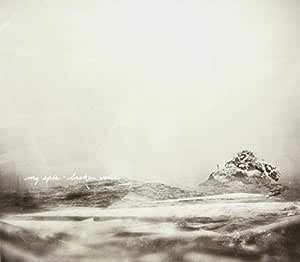 My Epic are back with Broken Voice , an acoustic-based EP filled with beautiful misfit songs written during the creation of 2010's Yet that didn't quite fit with the sound of that album. Now the band has made a home for those songs, simply written then fleshed out in the studio, on Broken Voice .

According to vocalist and guitarist Aaron Stone,

More than anything else Broken Voice is about joy. The last year of my life has been about finally learning that I don t have to fight G-d to get what I need. I don t have to prove myself to Him either. Jesus came precisely because none of my own methods would ever work. I had been striving so hard for perfection when all I ever had to do was surrender to it. I never knew where I was headed until G-d broke my will and gave me His. I never sung a song worth hearing until He broke my voice and made it His.

Broken Voice was recorded in March and April in Winston Salem, NC with Sid Mennon at Sleepwalker Studios. Sid and My Epic go back a long way, all the way to the days of recording demos, and the band wanted to pair up with him again for this EP so they could feel free to experiment with the sound. Most of Broken Voice was written at Machina House, a Christian mission house founded by the band in a poor neighborhood on Charlotte's north side four years ago. "The seeds of these songs, musically and lyrically were planted firmly in the soil of our home community," says Aaron. The band did spend a week in seclusion, locked away in a barn, "trying to make sense of all the parts, but overall it was a very smooth process. The songs had already taken their basic form in the living room and around the burn barrel at Machina House."

Broken Voice will be released July 5th, and although it is an altogether different sound for My Epic, Aaron notes "This record is not a permanent departure from where we have been headed in the past but simply another focused aspect of what the Lord has placed within us.Normally it would not be possible for us to put out two records one year apart but since these songs were so different it allowed us to keep creating in a vein that hadn t recently been depleted."

THowerton
TOP 1000 REVIEWER
5.0 out of 5 stars Not for everybody's tastes but that just means that some people will miss out.
Reviewed in the United States on August 14, 2013
Verified Purchase
Facedown Records was at least once synonymous with blistering thrash so it is unexpected that My Epic, an alternative acoustically guitar centered outfit, would be supplied by this label. And this third album (almost a long EP rather than a proper LP given its short length of approximately 38 minutes) is their quietest yet seeing as they don't often venture into the electric fields that they made distorted use of on their first two releases ("I Am Undone" and "Yet", both worthwhile especially for those music lovers who like their guitars murky and mixed in and who don't need to believe that the vocalist has an incredible voice). My Epic makes more use of flourishes from cello and violin and a little bit of brass at times for their musical punch (mixture) on this album. They can create swells and intensity with this but it is of a quieter type. Their music on "Broken Voice" still feels dense, meaty, and is not immediately accessible but I feel it does carry more melody, especially in the vocals, than on their previous releases (see "Lazarus" as an example).

No review of My Epic should fail to mention their very human (emotional), broken, and supplicant lyrics. This is a Christian band with something important to say about the human condition and connection (broken and otherwise) to God and His redeeming work and healing in our lives. Sometimes their lyrics take on painful tones, psalms of distress, but on "Broken Voice" they are more plaintive, reflective...calmer and more patient though still pensive. The first song to capture my attention with its lyrical content was the third song on the album, "Alone", whose lyrics are worth repeating as an example of what a consumer or fan can look forward to:

"Am I a barren temple left for newer ways
of speaking mysteries my veils cannot contain?
Should I prepare to winter spans again
of silent centuries pierced for only certain men?
What if I wake to find You've gone?
What if Your presence was withdrawn
& I was mistaken all along
to think I could become Your home?"

Thoughtful lyrics couched in emotion just as much as they are in reason and interpersonal connectedness. Like I said, no review of this band should omit this aspect of their art.

But I also must admit that on first listen, given the heavier strains within their first two releases, the quieter tone of this album caught me off guard and it took me several listens to appreciate the beauty and meaning that it has to offer. Fans of the first two albums might (rightfully) wonder where the messy, grungy distortion went and may find themselves missing My Epic's harder edges. But to them I would say "open yourself to the quieter, more melodious sounds and keep an ear to how they ply their still alternative sound; it's still deep and thick and takes some work, but like the other releases, you will be rewarded for listening." You just may have some work to do in the listening.

Joel Bunch
5.0 out of 5 stars only wish it were longer
Reviewed in the United States on November 9, 2012
Verified Purchase
Before this album, I didn't know who My Epic were. I picked this up at a store because of the artwork. I bought it because of I'm familiar with Facedown Records, and I had taken a chance on them before when I bought Creator by Hands (great record!). I was blown away when I finally listened to this. I thought I was going to get something heavy and with a little aggression. What I heard was beautifully written music (lots of acoustic guitar, lots of layers) with heartfelt lyrics. The lyrics on Broken Voice are probably my favorite part. They broke my heart in a way I had not experienced in a long time. Listening and singing along to the songs really moved me, and helped me let go of some anger I was carrying around.

I understand that this is a very personal response, and you may not feel the same when you listen to these songs. However, I do think most folks will be able to hear the honesty coming through. My one complaint is that this album is too short. I really wish there was more. Maybe their next album will be in this same vein? Again, I haven't heard their previous albums, but I believe they have a harder edge. If they're anywhere near as strong as Broken Voice is, I'll be happy.

I enjoyed Broken Voice so much that I wanted to share it with my mother, who does not enjoy and understand heavier styles of music. She did like this, but she also misplaced it. Thankfully, Amazon had used at a very good price.

Ritz
4.0 out of 5 stars Not their best, but very good.
Reviewed in the United States on January 13, 2014
Verified Purchase
I love this band! They are not a heavy band, especially this album in particular. It's a more acoustic, chilled sound. For a Christian band, they have a very unique sound that I love. Even if you're not into Christian music, I believe you could still enjoy this band if you're into their style.
Read more
Helpful
Comment Report abuse

Urbadurr
5.0 out of 5 stars Done it once again!
Reviewed in the United States on August 9, 2011
Verified Purchase
My Epic is EPIC! Though this ep is a very acoustic driven compilation (differing from their previous albums), it is still a beautiful album with amazing lyrics. Aaron sure can write some awe-inspiring poems. Not as hard as their previous efforts but still a must have for any one who appreciates My Epic.
Read more
Helpful
Comment Report abuse

Jesse_jdub
5.0 out of 5 stars No sugar coating
Reviewed in the United States on February 26, 2014
Verified Purchase
Hands down, one of the best albums I have heard from ANYONE. Aaron Stone is extremely gifted in writing lyrics - straight out of the bible - Nothing like the stuff we get on the radio these days. Very unique voice and sound altogether - Enjoyed finally listening to something raw and real and genuine. This album and Aaron Stone is so transparent. No artificial sweetener, just Jesus. And real life.
Read more
Helpful
Comment Report abuse

Jacob Crotinger
5.0 out of 5 stars Exceptional Album
Reviewed in the United States on August 10, 2013
Verified Purchase
With deep lyrics, beautiful acoustic guitar riffs, and moving themes, Broken Voice is one of the most solemnly beautiful depictions of grace and faith I have ever heard. A truly Christian album in theme.
Read more
Helpful
Comment Report abuse

aaron
5.0 out of 5 stars great album
Reviewed in the United States on April 27, 2013
Verified Purchase
this band is awesome they create a great ambiance with their instruments, their music takes you away. I would recommend.
Read more
Helpful
Comment Report abuse
See all reviews