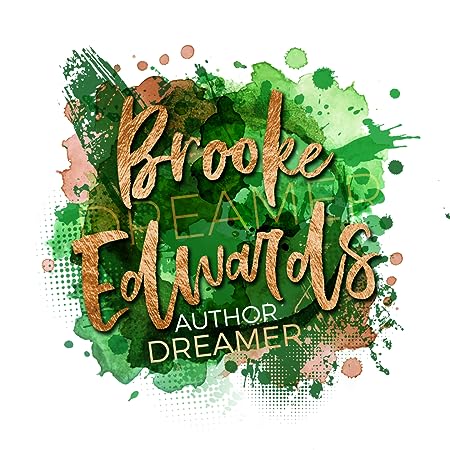 Brooke Edwards is an Australian LGBTQ+ author and dreamer, slowly working her way through the stories that keep demanding (loudly) to be told. She's hopelessly obsessed with procedural law enforcement shows, flawed human beings and coffee - not necessarily in that order.

A hybrid author, Brooke's first books were released through Dreamspinner Press in 2015 and 2016, followed by self-published ventures from 2017. All of her books are available through Amazon.

To keep up with the latest news and new releases, you can follow her on the following social media channels: 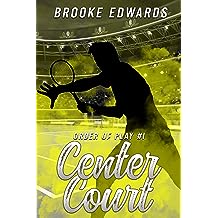 Center Court (Order of Play Book 1) Jul 3, 2021
by Brooke Edwards
( 24 )
$4.99
The world of men’s professional tennis has been ruled by the same six men for more than a decade. There have been a handful of shock upsets and victories snatched by underdogs, but they’re few and far between. Now, the next generation are done being denied and have come knocking.

When the time comes, Soren Norgaard knows that the world expects him to lead the charge and take his place at the top of his sport. He’s focused and lethal on the court, until he isn’t. Sometimes the past, no matter how comfortable and familiar, doesn’t fit anymore and needs to be left behind. Soren’s past doesn’t want to let him go, but his future is coming fast whether he’s ready or not.

Elias Engström has been in love with Soren for as long as he has known him. The race for titles, for glory and their day in the spotlight has always been less all-consuming because he knows that there is an entire life stretching out when he leaves the court for the last time. A life that, for the first time, might include Soren in the way Elias wants him. Everything he wants is within reach, if Elias is willing to fight for it.
Read more 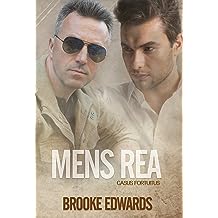 Mens Rea (Casus Fortuitus Book 1) Aug 17, 2018
by Brooke Edwards
( 13 )
$0.99
James Carter is a career cop who married young, became a widower young, and then his life revolved around his son and his job. Young is a recurring theme, he thinks, when he meets the considerably younger-than-him AUSA Derek Moore. For the first time in years, James finds himself subject to the whims of his heart.The path to love between a hotshot lawyer and a veteran cop was never going to be smooth, not in the real world. Criminals, misunderstandings and a complete lack of communication stand in their way too. Both too stubborn to budge, and utterly convinced that their feelings aren’t reciprocated, James and Derek themselves are the biggest obstacles to their own happiness.A murder case might be just enough to force them to get their act together.Previously published by Dreamspinner Press in the 2015 Daily Dose Anthology. This is a second edition with a new cover, significant expansion and revision.
Read more 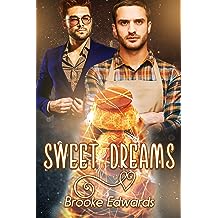 Sweet Dreams Apr 1, 2017
by Brooke Edwards
( 10 )
$0.99
Benji Crowe runs a little boutique of all things sweet in an out of the way alley, nice and secluded with a loyal clientele that keep him comfortably afloat and not much in the way of foot traffic. Occasionally someone new will find their way in, either on the advice of a regular or by accident.When the door slams open one day, Benji thinks that his newest customer must just be really hungry. The man who sprints inside isn’t interested in the pastries, though. He snatches the beanie right off the college student sitting closest to the door before throwing himself into a vacant chair and bundling his distinctive blue coat into a ball that just barely makes it into the trash can. Benji is about to give him a piece of his mind when a dozen teenagers pour through the door shouting about Dane Harper, the latest Hollywood box office favorite.From that moment, Benji could have been forgiven for thinking he’d fallen headfirst into the latest Hollywood box office feature. Luckily, Dane has enough box office experience for the both of them.
Read more 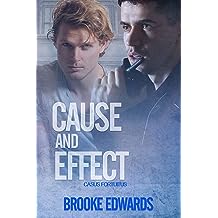 Cause and Effect (Casus Fortuitus Book 3) Sep 14, 2018
by Brooke Edwards
( 10 )
$2.99
In the aftermath of a psychopath's obsession-fuelled murder spree through New York, Detective Daniel Callahan feels like he's been hit by a wrecking ball. It turns out that watching your best friend and your boss fall in love only to nearly lose it all takes a toll on a guy's emotional stability. Peter Saracen has an out-of-control crush on the belligerent detective who seems to want nothing more than to toss him into a cell and throw away the key. When the body of an unidentified gang member is pulled from the East River and an old nemesis breaks out of prison, Peter finds himself on a whole new collision course with Daniel.The line between personal and professional begins to blur. The dangers of the present take aim at the fragile possibility of Daniel and Peter's happily-ever-after, while ghosts of the past threaten the deepening bond between Daniel's boss James Carter and Assistant US Attorney, Derek Moore. With everything against them, there might not be any coming back from this.
Read more 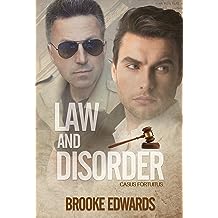 Law and Disorder (Casus Fortuitus Book 2) Aug 31, 2017
by Brooke Edwards
( 21 )
$2.99
James Carter and Derek Moore fought their way through attraction and misunderstandings to get to where they are today. Sure, they’re still figuring out how to make things work between their careers and families, but their whole world is rose-tinted with the glow of new love.Reality hits with the force of a speeding truck when a criminal starts waging a campaign of terror against the justice system. Suddenly law enforcement officers and lawyers all across the city are living in fear as their careers put them right in the cross-hairs of a deranged killer and James and Derek’s honeymoon period falls to ruins.With James’s protectiveness driving a wedge between them and Derek pulling away as the target on his back grows even bigger, their future is thrown into jeopardy. While Derek struggles with demons from his past, it's up to James to catch the killer and put them back on the path to their happily ever after.This is the sequel to 'Mens Rea', published in the 2015 Dreamspinner Press Daily Dose Anthology.
Read more
Other Formats: Paperback 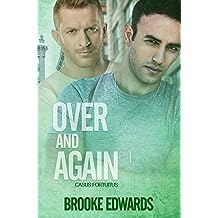 Over and Again (Casus Fortuitus Book 4) Dec 23, 2018
by Brooke Edwards
( 3 )
$2.99
It’s been a hell of a year in New York City. Detective Cohen Bailey is determined to put Jake Bartlett, the last remaining threat, behind bars for good. To do that, he’s going to need all the help he can get. Their team is still reeling from almost losing two of their own and Cohen knows that if there was ever a chance to prove himself, this is it.Brock Hart is a pinch-hitter for the Department of Justice, a mobile asset that moves with the big cases and steps in to clean up messes when they occur. Prosecuting isn’t all done in the courtroom, and Brock’s got a personal connection of his own to this particular case. Detective Cohen Bailey is attractive, competent and more importantly, half Brock’s age. Brock’s better off sticking to his long-time no-strings arrangement than risking it all on Cohen.The more they dig into the web surrounding Bartlett, the more certain they become that there’s something bigger going on. Neither of them have the time to fall into bed together, let alone fall in love, but if there’s anything Brock’s learned it’s that sometimes, the best choices are the ones you don’t mean to make.
Read more