Brother Cobweb and millions of other books are available for Amazon Kindle. Learn more
Share <Embed> 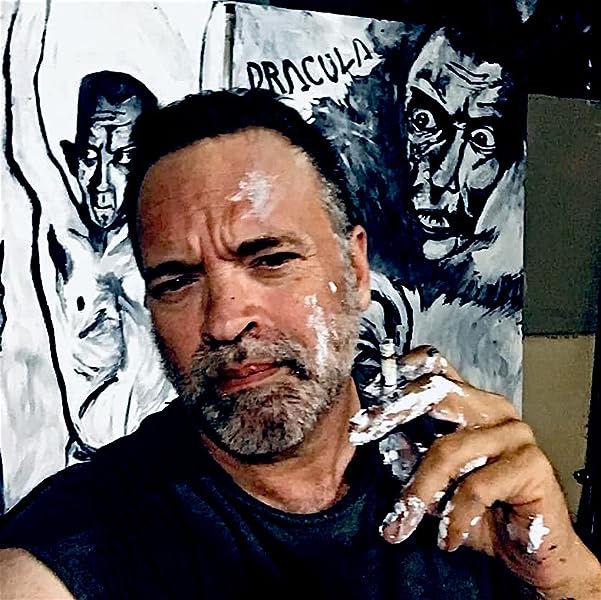 Start reading Brother Cobweb on your Kindle in under a minute.

Richard P.
VINE VOICE
5.0 out of 5 stars A Difficult, Emotionally Demanding and Rewarding Read
Reviewed in the United States on July 24, 2020
Verified Purchase
"Brother Cobweb" isn't about the patriarchal love that is so often worshipped by the contemporary evangelical church. You could possibly say it's about the "red letter" love, though even that feels sort of incomplete in a world that so loves to piecemeal the teachings of Christ into something comfortable and familiar and safe and risk-free.

There's risk galore to be found in "Brother Cobweb" and that's a huge part of what makes the book such a wondrous read.

"Brother Cobweb" doesn't flinch in portraying the brutal realities of Calvin's life, but it also doesn't flinch in celebrating his magnificence amidst it all. The cycle of abuse and violence in which Calvin lives bruises him and batters him and scars him and tells his soul stories, but somehow he starts to figure out what love is anyway and his glorious imperfections inch toward breaking the cyclical nature of his life and chopping down that family tree.

It's nothing short of a miracle that Eaker never exploits Calvin, instead holding him up as a sacred truth that there's nothing in this imperfect life can truly define us and that if we choose wrong we can always choose again.

Those who find themselves in The Lighthouse have perpetuated their cycles, so often choosing hate instead of love and dogma over spiritual truths and anything resembling a true faith journey. Calvin, far from alone but clearly in the driver's seat, chooses love and chooses spiritual truth and chooses the vulnerable unpredictability of a faith journey and becomes more of a believer than everyone in The Lighthouse combined.

"Brother Cobweb" calls out hypocrisy and lies and bad theology and the damage that we do to one another, yet it does so with humor intact and a surprising amount of tenderness toward everyone including those who have failed and failed and failed.

If you are familiar with Eaker's works, you'll recognize pieces of his history here from BlueMahler to PinkFreud to explorations of his spirituality that can so often be found in his painting and in his remarkable cinematic work.

I've long felt a connection to Eaker's world, both as a film journalist who has reviewed his directorial efforts and as the recipient of his own review of my book "The Hallelujah Life." While our paths haven't crossed, our life experiences and spiritual journeys seem irrevocably intertwined and and almost familial in their expressions. Eaker had offered me the chance to read an advance copy of "Brother Cobweb" not long ago, yet I was busy taking yet another detour in my life as my spina bifida kicked my a** one more time and I lost another limb.

It was a brutal experience and an opportunity to learn how to give and receive love one more time.

So, instead, I picked up a copy of "Brother Cobweb" myself, drawn to the Eaker I've come to respect and admire and adore who possesses an aesthetic spirituality, an artistic curiosity, and both heart and mind that demand truth in all its brilliance and brutality.

For some, "Brother Cobweb" will be a difficult, emotionally demanding read but it is an absolute must read for those who have been wounded by faith organizations, Pentecostal and otherwise, and the flawed yet fascinating characters who fill their sanctuaries.

Published by Open Press Books, "Brother Cobweb" is available in both print and Kindle versions and is illustrated with sublime insight and wonder by Todd M. Coe.
Read more
One person found this helpful
Helpful
Report abuse

JRH2
5.0 out of 5 stars Confronts religion hypocrisy with a slap to its face.
Reviewed in the United States on May 3, 2020
Verified Purchase
Most people will relate to this book if you grew up in any religious setting or environment. It exposes the hypocrisy that clouds most religious groups of today and uncovers its dirty truths.
Self righteousness is also addressed and that's something all religious people can easily fall into without even realizing it.
Just as Jesus Christ pointed out the hypocrisy of the Jews, Brother Cobweb points out the hypocrisy of the Church and the sins it covers up or condones.
Brother Cobweb also gives the reader an insight behind the artist as well. That makes it easier to see where the artist is coming from and why he paints or makes what he does.
Read more
One person found this helpful
Helpful
Report abuse

kenneth smith
5.0 out of 5 stars Great illustrations add so much to this story
Reviewed in the United States on March 29, 2021
Verified Purchase
This book is a great example of imagination. To tell a story this interesting with well matched illustrations is hard to find. This book is unique. I find it very hard to find a unique and well told story in our cookie-cutter world
Read more
One person found this helpful
Helpful
Report abuse

Amy and Daniel
5.0 out of 5 stars Amazing book and author
Reviewed in the United States on June 21, 2020
Verified Purchase
Awesome book, the descriptive writing makes you feel like you're right there. Alfred Eaker is a truly amazing author.
Read more
One person found this helpful
Helpful
Report abuse

Cheryl Townsend-Grimm
5.0 out of 5 stars When good religions go bad
Reviewed in the United States on May 13, 2020
Opening with the ranting of a pentecostal preacher into the mind of seven-year old Calvin Elkan, who in lieu of attention, creates art in a drawing pad as his derrière numbs atop a hard pew. A caricature of near monster features, Brother Cobweb is born, a minister of pseudo-satanic lunacy.

Growing up in a blue collar home with a younger, innocent brother, his over-worked, typical father, religiously crazed mother, and beacon of sanity and hilarity great-grandfather, Calvin is juxtaposed to creativity and suppression as the mother battles for his sinking soul against anything not in praise of God. Might I add that those battles were truly such. Abusive, spiteful and manipulative, mother Nancy was “Carrie’s” mother to the nth degree.

Needless to say, great-grandfather “Pop” (an atheistic Jew) is the comic relief in this drama. Calvin, still grappling with what to believe, is steadily leaning alee from the absurd. The ensuing disgust of his my-way-only mother is simmering like the fires of Hades. Bonding through music and creative imagination, Pop and Calvin sequester solitude in a bedroom off limits to the tyrannical mother.

When Pop passes, there is no safe place for Calvin. The abuse intensifies, as even his passive father defers to Nancy’s rages. But there is music. Sweet movements to quell. Savage beasts be damned!
Making it to art school, with scholarships, Calvin is instructed to study the predecessors of his preferred era. Professor Hillcrest nurtures. Calvin learns and flourishes. After a final attack from his mother, he moves out, barely surviving on meager wages. Life feels hopeless, he succumbs to despair.

Finally finding his niche with a group of artistic friends, Calvin gets into a gallery and begins a new phase of life. There is a woman whom he begins to hang out with and eventually relents to marrying her out of her bad home life. But it’s not for him. She is not the one.

Always there are men of religious beliefs that filter in, good or bad, to steer him. A life of subjugation renders him easily persuaded, but he does hold fast to his anti stance against any holy rolling, tongues spewing ravers, welcoming the company of two Catholic priests.

Revelations surface, secrets expose themselves, attempts to rectify are extended. Calvin finds his soulmate, his place, and his release. As happy as such a life can be expected, there is a resolved ending. A hip hip hurray with even a resounding amen!

Snips of theological insight, musical and artistic education are an added bonus to an engaging read that should assuredly make you think hard on your own spiritual path. When and if Calvin creates his own church, I hope one comes nearby.

Dark humor at its bleakest. The tragic life of a child reared in an over-zealously religious house, his mother, a freak of Pentecostal piety and brutality. Brother Cobweb is an artist’s escape, his split-caricature-personae, starting at victimized age 7 to survival adulthood. Haunting visuals, even without the mastery of illustrator, Todd M. Coe.
Reply Reply All Forward
Read more
One person found this helpful
Helpful
Report abuse
See all reviews
Back to top
Get to Know Us
Make Money with Us
Amazon Payment Products
Let Us Help You
EnglishChoose a language for shopping. United StatesChoose a country/region for shopping.
© 1996-2021, Amazon.com, Inc. or its affiliates