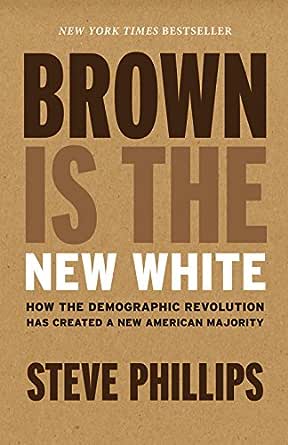 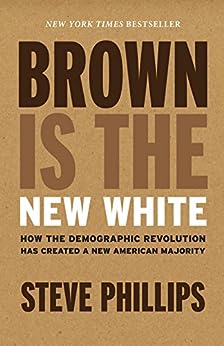 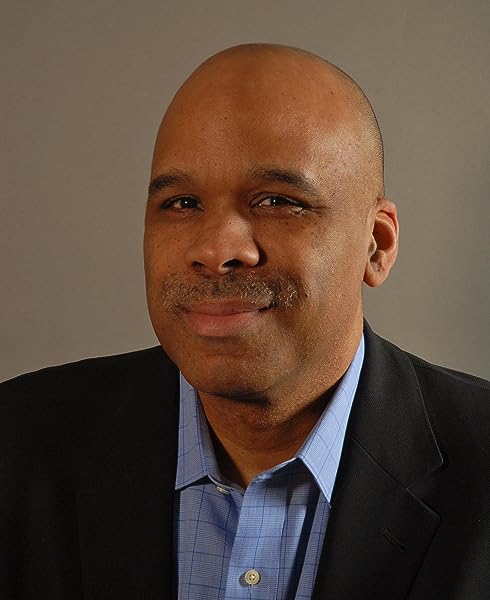 Brown Is the New White: How the Demographic Revolution Has Created a New American Majority Kindle Edition

Praise for Brown Is the New White

A New York Times and Washington Post bestseller in hardcover

"[A]stute...Phillips' writing style is clear and concise—laying out his argument with deceptively simple grace."
— The Root

"A detailed, data-driven illustration of the rapidly-increasing number of racial minorities in America."
—NBC News

"This slim yet jam-packed call to action will be in demand, both because Phillips is a popular pundit and because the time is ripe for an upheaval in politics-as-usual."
— Booklist

"A passionate discussion of race and politics sure to inspire heated debate and, hopefully, proactive solutions."
— Kirkus Reviews

"Steve Phillips has provided a vital roadmap to a more hopeful, more inclusive America."
—Van Jones, founder, the Dream Corps, CNN contributor, and author of The Green Collar Economy and Rebuild The Dream

"Steve Phillips is not only an author writing about the potential of a 'New American Majority.' He is one of its gifted architects, an innovator with deep roots in electoral politics and a passion for connecting people of every race and background in common purpose. His energetic book, Brown Is the New White, is both a fascinating exploration of today's rapidly changing demographic landscape and an opportunity to see the future through the eyes of one of America's most engaging public servants and progressive political minds."
—Henry Louis Gates Jr., Alphonse Fletcher University Professor, Harvard University

"Steve Phillips has a deep understanding of how the civil rights movement changed America. His book sparks an important conversation about what increasing racial and cultural diversity will mean for American politics and policy."
—Senator Cory Booker

"It's good news that, by some ways of figuring, America already has a progressive, multiracial majority. Now we all need to get to work mobilizing ourselves so that actual political power reflects that new math—this volume is a big help!"
—Bill McKibben, environmentalist and author of Hope, Human and Wild

"A must-read for anyone seeking to make change happen, from small towns to the halls of Congress to the White House."
—John Podesta, former Chief of Staff to President Bill Clinton and former Counselor to President Barack Obama

"A wake-up call showing that conservatives are actively courting Latino voters, knowing they must expand their tent. Progressives had better heed this call and invest in a broader, more ambitious strategy to solidify the support of the Obama coalition."
—Maria Echaveste, former White House deputy chief of staff to President Bill Clinton

"In this compelling new book, Steve Phillips lays out the plain facts regarding why progressives must act now to turn America's changing demographics into a political majority that could lead our nation for decades to come."
—Congressman Mark Takano

"Steve Phillips has been far ahead of the curve in understanding not only where America is but what America will be. Both the analysis and vision that runs through this book should be required reading for all policy makers and political leaders committed to ensuring our country works for all of us."
—Neera Tanden, president, Center for American Progress

"Steve Phillips understands, honors, and illuminates how the transformational work of Dr. King fundamentally changed the composition of the country such that justice-making is possible now more than ever. Decades after Nixon's cynical political calculation, the time is ripe for a new Southern strategy. This book helps point the way."
—Reverend Raphael Warnock, senior pastor of Ebenezer Baptist Church, spiritual home of the Reverend Dr. Martin Luther King Jr.

Steve Phillips became the youngest person ever elected to public office in San Francisco and went on to serve as president of the Board of Education. He is a co-founder of PowerPAC.org, a social justice organization that conducted the largest independent voter mobilization efforts backing Barack Obama, Cory Booker, and Kamala Harris. In 2014, he co-authored the first-ever audit of Democratic Party spending and was named one of "America's Top 50 Influencers" by Campaigns & Elections. He has appeared on multiple national radio and television networks, including NBC, CNN, Fox News, and TV One. He was a featured speaker at the City Club of Cleveland in 2014, and his address on race and politics was nationally broadcast on C-SPAN. He holds a BA from Stanford University and a JD from Hastings College of the Law.