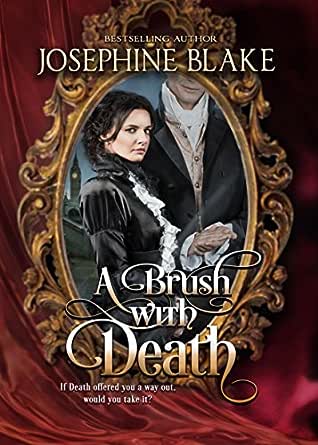 You've subscribed to The Hands of Fate! We will preorder your items within 24 hours of when they become available. When new books are released, we'll charge your default payment method for the lowest price available during the pre-order period.
Update your device or payment method, cancel individual pre-orders or your subscription at
Your Memberships & Subscriptions
There was an error. We were unable to process your subscription due to an error. Please refresh and try again. 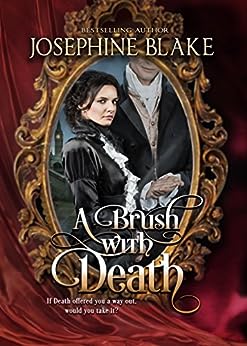 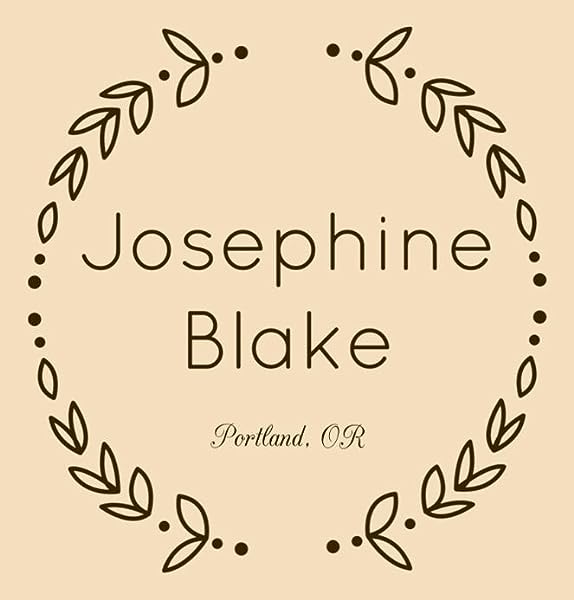 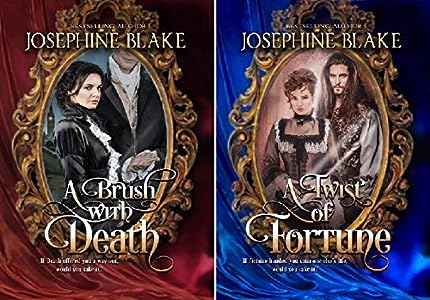 Josephine Blake is a historical romance author who enjoys a quiet life on the outskirts of Portland, OR. Her debut novel, Dianna, hit the shelves in August of 2016. Before publishing her own work, she worked as a freelance fiction and ghostwriter for numerous clients. Josephine Blake is happily married and freely admits that her husband is the inspiration for every bit of romance she ever writes. --This text refers to the paperback edition.

Mainer
VINE VOICE
2.0 out of 5 stars Needed more
Reviewed in the United States on April 24, 2018
Verified Purchase
Isobel Vanderton is dying though she tries to keep her illness a secret. She's a wealthy heiress, but no suitor has tempted her to marriage yet - until Death appears in the guise of a gentleman.
I had high hopes for this book. The premise sounded interesting with the possibility of a Persephone retelling mixed in with Jack the Ripper. It lost me almost at once with the talk about Denise, her lady, accompanying Isobel to a ball. Confused, I reread and then read on, finally figuring out that Denise was her lady's maid. I'm not sure why Isobel keeps referring to her as her lady or even as Denise (ladies maids were generally referred to by their surnames in Victorian households). I ignored the dialogue which constantly uses modern phrasing though that's the kind of thing that stops me cold when I'm reading. The whole scene at Almack's was ridiculous; Almack's was closed by this point, was only open on Wednesday evenings to those with vouchers, and required extremely formal dress (not what one would wear to a tennis match).
I was glad to see the reference to Erewhon and most of the Ripper parts were correct which made it all the more confusing to me as to why research hadn't been done for the rest of the story. Watching Downton Abbey should have been enough to explain how the servants were supposed to work in a wealthy household. Valets and ladies maids don't answer the front door, for example. Also, the author didn't understand how titles work among the nobility. A gentleman can't inherit the title of Earl from his uncle when his father is still alive, especially if all the names are different and his father is a Baron. A duke is addressed as 'Your Grace' and any dukes in England would be well-known; one can't just appear.
It may seem as if I'm being picky, but each time an anachronism appears, it can take the reader right out of the story. Once in a great while, I'll read a book where I can forgive this because the story is so great, but here it was just a not very interesting love triangle. Isobel is spoiled and not that likable. Devon was just bland. Death was the most compelling character, but too often he seemed to develop some trait just in time to fill a plot hole.
In the end, I found this book disappointing. Other readers may feel differently, but it certainly wasn't for me.

Katharine E. Pfeil
5.0 out of 5 stars Captivating Read!
Reviewed in the United States on October 30, 2017
Verified Purchase
Let's see if I can write this clearly, considering I stayed up until the wee hours of the morning trying to finish reading this book! It was THAT good. I'll start with the oddest statement I believe I will ever make: I love Death. Yes, Death. The way the author personified Death was brilliantly and eloquently written. He was intriguing, arrogant, appealing, and oddly sweet. He was a walking contradiction of sorts. His pursuit of Isabel was captivating, and Isabel's reaction to him even more so. I enjoyed the strength of Isabel's character, but loved her need for Death's presence and ultimately, his help. Such a great read. I am slightly disappointed it wasn't longer, just because I loved it so much. However, I will definitely be checking out more from this author.
Read more
One person found this helpful
Helpful
Comment Report abuse

Megan
5.0 out of 5 stars I love an unconventional hero and you don't get much more unconventional than death.
Reviewed in the United States on October 27, 2017
Verified Purchase
A Brush with Death has all the elements I've come to expect from Josephine Blake. Humor, romance, suspense and heart thumping edge of the seat action. This time it's a plus size, which the story needed because, quite frankly, I'd have been peeved if anything had been cut out. (yep I'm sure I'd have known and recognized that there was something missing) Also, A Brush with Death is darker than I've come to expect from Josephine Blake, but the hero is Death, it's a little hard to keep that all fluffy gowns and rainbows. He does make a rather irresistible and unpredictable hero although at no point does Isabel seem overly impressed.

You will need tissues while reading this book I know I wandered the halls looking for a box while muttering 'Why? WHY?' like a mad woman drawing the attention of the rest of my household. Luckily they've become quite used to my middle of the night reading resulting in tears and/or mad ramblings so after furnishing me with a box of tissues and a hot chocolate they wandered back off to bed. This book kept me up all night, I got next to no sleep and I regret nothing. Nothing I tell you.
Read more
One person found this helpful
Helpful
Comment Report abuse

Lori Dykes
TOP 1000 REVIEWER
5.0 out of 5 stars A Tale to Remember!!
Reviewed in the United States on October 27, 2017
Verified Purchase
In starting to read this story I was not sure what to expect. The reality was intense but also mesmerizing. This is a true gothic tale set in 1888 London, with the main character, Isabel Vanderton feeling she was being haunted. Isabel had lost her mother many years back from a debilitating illness that she herself seems to have inherited. Being the only child of Marcus Vanderton, she is a heiress and is very close to her father. Having been surrounded by suitors who she feels no strong affection, she longs to find love. Her ill health is catching up with her though and she then encounters Death in the form of a very handsome man. I know you are saying Death as a man? He is truly unworldly but takes the form that she can actually see and converse with. This is truly a brilliant story as it weaves through intense emotions, romance included and a mystery to be solved. The characters come alive and the plot thickens as murders begin happening in London and a madman heralded as Jack the Ripper appears. I had no idea how this tale would end with all the twist and turns. But I encourage you to read this excellent story and plan to not forget it for a long time! Well done Josephine Blake and looking forward to reading more from you in the future!!
Read more
One person found this helpful
Helpful
Comment Report abuse

jane pearson
5.0 out of 5 stars A Brush With Death
Reviewed in the United Kingdom on November 1, 2017
Verified Purchase
What a truly uniquely captivating story I would recommend everyone to read. The story from beginning to end has so many emotions. Death courting Isabel made me laugh the character was so likeable yet you felt it wrong to feel that way, yet as the story unfolds you begin to see him in a different light in fact it's his job to guide the spirits. Isabel is a very lovable and strong character even though some of her decision are reckless,and the story makes references to Jack the ripper who starked the streets of London murdering young women the twist at the end was brilliant I never for once thought throughout the book that it was this character until the end. I can't wait for the next adventures with Josephine and where she will take us 5 stars yet deserves so many more.
Read more
Report abuse

M,WHITWORTH
5.0 out of 5 stars A Brush With Genius
Reviewed in the United Kingdom on October 30, 2017
Verified Purchase
This is my first by Ms Blake
And quite honestly , I was blown away
I found it to be both Macabre and Beautiful
Disturbing and Fantastic
Loving and Destructive
A wonderful piece of writing, that I will revisit and will stay on top of my book list for a long while x
Read more
One person found this helpful
Report abuse

Harrietta Lloyd
5.0 out of 5 stars Interesting Story
Reviewed in the United Kingdom on October 28, 2017
Verified Purchase
I don't usually read gothic novels but this story is by an author I have read before. The story was interesting and loosely followed Jack the Ripper's reign of terror but nevertheless it was enjoyable and I would recommend it.
Read more
Report abuse
See all reviews