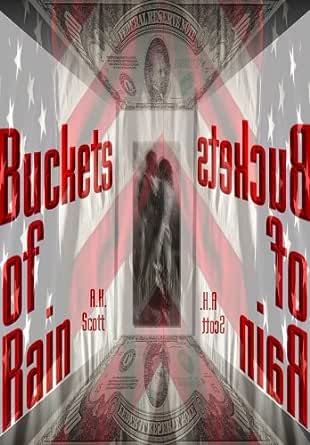 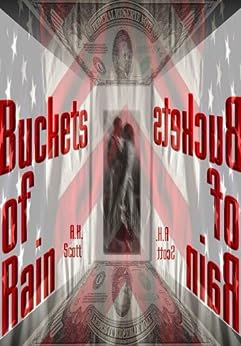 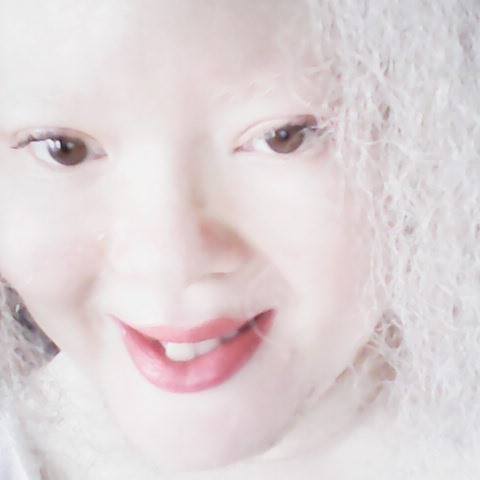 "Even when the sun shines brightest, buckets of rain fall". - A.H. Scott

Wednesday held the arrival date for Lockener Cannelly and Malloy Wainwright. Early that morning, as his fellow fighters made preparations, Victor journeyed around several key Hoxeyville locations once again.

Strolling onto 170 Havens Court, dressed in black shirt, jacket and pants, Arrington made an entrance into Tearose Suites. Taking a brisk east turn at that ever bustling front desk, this man of desired anonymity collided into another person, who was making speedy exit from BRICKS restaurant.

Eight folders of medium size and dark yellow color, floated upward from their unexpected entanglement. Quick bend of retrieval towards these items, lent his vision onto quintet of painted fingernails, reaching in a similar downward direction.

Gentle voice of apology came forth with feminine grace, "Oh, I'm so sorry. This is my fault. Are you okay?"

"It's no problem" ,giving calm response to those words, Victor realized he'd known this voice from somewhere else, "Here you are" ,making himself in an upright position, he began handing over those folders. Eyes gazed up at her and saw destiny being quickened in a singular motion of crashing bodies in a hotel.

Pumping through Vic's Valdostan veins were basic Boy Scout training for consistent preparation. Although he always was, at this moment in time, there came an ethereal exception.

Coral lips, moist as medium rare mignon, smiled with blushing bashfullness at this male stranger. Bright beam of daylight, DeeDee Howard; stood as an unprotected lamb in a dark arena of this quite capable, purveyor of punishment, Victor Arrington. Braided feelings, of both scorn and lust, thundered down his spine.

Ironically, while observing this creature before him, surprise cracked normalcy's tedious timepiece.

Whipping against those ascending, raging reins, flames of cooled carnality suddenly smoldered within Arrington once more. Cherished gem of classic beauty is what DeeDee was and even received a smile of cloistered longing from Victor.

No doubt about it, she did have lovely looks; which in some ways, made what was about to happen to her sparkling world, all the more tragically justifiable.

Print dress with square neckline, had narrow straps, in the vein of Fettuccine. With an inverted pleat gathered by a back drawstring and concealed back zipper, it exuded a bold bosom. Spruce hue, had a splash of a light green faded color, in a mini leaf print. That dress gave this wearer a look of a sprawling spider plant fanning around this female's flesh. Around willowy neck, hung a barely visible wire necklace, threaded with rectangular beads of an icy frosted, aqua blue color.

Margaret Howard was an appealing sight for any person of the opposite sex. This included a lustfully vacant Victor Arrington.

Target of Thursday's strike, gave him a few kind words, "I'll take those" ,gingerly grasping folders from his fingers.

Voice was absent from Victor for a moment, leaving this male crawling for some sort of response to her, "Oh, yes, these are yours".

Eyes flicked at silver watch on slim wrist, grinning again and uttering, "I'm late for a meeting" ,like a lady on a mission of velocity, Margaret began to exit with fabric flapping around that middle thigh area, "You have a good day, sir".

"Miss?" ,calling out to this blissfully ignorant female, an adaptable Arrington wanted her attention for a few more seconds.

Amongst slight stream of people walking past both of them, from internal dining area towards it's external hotel area, lightness beamed forth, as Howard's body turned to face this stranger of no threat, "Who? Me?"


Scent of jasmine snaked around that figure, while envisioning her as a treasonous temptress consumed Victor Arrington's mind. Snap of primal hunger in Margaret's modest presence washed over this male. Suddenly, arousal's chords changed, as knowledge of knowing which immoral pathway she existed on, placed future plans in crystal clear motion.


Betrayal held all the cards, while winning out over this male's heightened hankering for humping Howard in an oncoming night. Calm and cool, Victor returned a statement to Margaret, "I just wanted to say something more" ,giving a smile of warmth, this viper proclaimed, "May this life bring you everything you deserve".

Joy came onto that lovely face, while DeeDee replied, "Thank you, sir. And may you receive the same" ,motioning bounce towards that hotel's front entrance, Peg went on her merry way of life.

With that luscious lamb into the distant crowds of that location, a internal whisper came from those stunned lips, "I most definitely will".

From the hours of three until five this afternoon, a final pair of players arrived at ground zero in Hoxeyville. Lockener Cannelly parked his 1969 Cougar Eliminator behind Hoxey Hall and walked towards the campgrounds with thirty-five millimeter camera and tripod under his right arm. Brisking past Bristol and Randolph inside the VW, this trotting male set up for a few moments of sunset photography.

Half an hour later, Malloy Wainwright rolled into Crowley Hospital's moderately occupied parking lot, in his 66' Chevy Impala station wagon. Pulling straps off the hood of that car, the mode of transport over to that similar location, was a ten speed bike. On two wheels of fire, he whisked by that seated duo in the microbus also.

All four played the game of anonymity, while various residents of that town went about their ordinary recreation. Under fifteen minutes, a slim male sat on a nearby bench to the picture taker.

"So, this is Hoxeyville, Victor?" ,pressing the shutter once, Lockener chuckled.

Folding his legs slowly, his lips barely moved, "Is everything on track, Mr. Cannellly?"

"Mighty Casey is up at bat, my friend" ,positioning the tripod in another direction.

"That's excellent. In about ten minutes, go over and tell Mal we've got to meet here at around six" ,standing up, he smiled for the camera, which was taking his photograph.

"Have you ever considered male modeling, Mr. Arrington?" ,chuckling a question.

"In dreams, buddy. In dreams" ,making a brief exit from the area, a partial smile came over his face.

A meeting of this quintet happened at 6:15, surrounding Randolph's vehicle. Bristol came first and then Arrington made his way there also. Last to arrive, Lock and Mal carried two small backpacks. Constantly mindful of unintended problems, Victor spoke up, "I want to make sure there are five exits out of this town, if we need it".

"I'll get right on it, Vic" ,Randolph grasped some hand drawn maps.

"You guys come on over in three hours and we can run an inventory again" ,Wainwright smirked with snide superiority over this situation, "Like fucking clockwork, heh, Vic?"

"Precisely, gentlemen" ,pulling jacket collar up, Victor winked at them, "Let's get everything mounted by the eleventh hour, guys. See you here soon".

Each of the five made began taking care of loose ends in the planning stages of this operation.. An hour minus midnight approached like Le Mans, fast and frenzied. The spectrum of artillery to binoculars, were gathered and placed within that mircrobus.

Victor Arrington's lips moved with glee, "There is no turning back now. Are we ready to make a stand?"

Five swords of sensibility were about to charge into a battle of soul salvation, which was led by confident conqueror, Victor Arrington, "Well, gentlemen, this is it. Get a good night's sleep, for morn will bring us to destiny's door".

Thursday whistled into Hoxeyville, as an Orient Express chugging into Venice. For all involved, that train of engagement pulled out of it's terminal. Margaret and Kenneth began this day in anticipation of a pleasurable night spent together. For them, it was an October day like any other.