Add to Cart
$14.99
& FREE Shipping on eligible orders. Details
Sold by: Amazon.com
Have one to sell?
Sell on Amazon 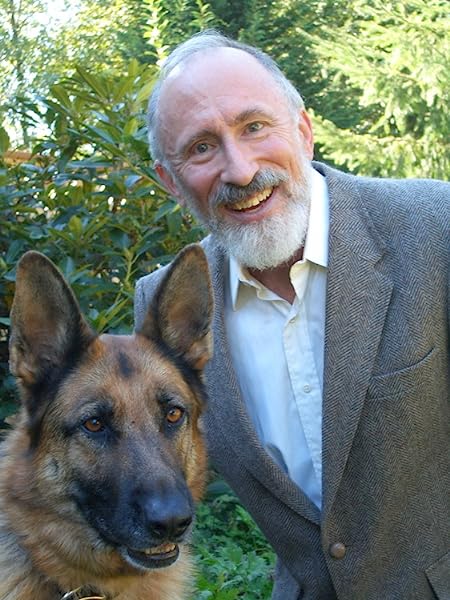 David P. Barash, PhD is Professor of Psychology at the University of Washington. A longtime evolutionary biologist as well as an aspiring Buddhist, he has been involved in the development of sociobiology as well as the field of Peace Studies, and is the author or coauthor of 33 books.
Start reading on your Kindle in under a minute.

4.2 out of 5 stars
4.2 out of 5
24 customer ratings
How does Amazon calculate star ratings?
Amazon calculates a product’s star ratings based on a machine learned model instead of a raw data average. The model takes into account factors including the age of a rating, whether the ratings are from verified purchasers, and factors that establish reviewer trustworthiness.
Top reviews

David B Richman
4.0 out of 5 stars An Interesting Take on Biology and Buddhism
Reviewed in the United States on April 29, 2015
Verified Purchase
David Barash is a surprising individual. He would have been the last person I would have expected to write a book on Buddhist philosophy, but in "Buddhist Biology" he has tackled one of the most difficult questions posed by life - how should one live? based on an amalgam of science and Buddhist philosophy. I am a biologist who is sympathetic to the Buddhist view, especially as expressed in Zen, so I found this argument to be quite interesting. The fact is, given what we know about how life evolved, we are somewhat at sea in devising a reason for our existence. Most people cling to some sort of theology or other, even if it is a state-sponsored worship of a personality, to give meaning to their lives. I'm inclined to believe, with the existentialists, that we have to make that meaning for ourselves, but it is not always an easy thing to do. In this book Barash explores the problem invoking a non-theistic form of Buddhism (most Buddhists don't get too hung up on gods, although in some traditions they exist) and biology. In my mind he mostly succeeds in his quest and I found the book to be well-written and based on a deep understanding of the problems involved.

I recommend this book as a exploration of the interface between science and philosophy. Well worth the read, even if one disagrees with Barash!

Frequent Customer
2.0 out of 5 stars The Buddhist Biology connection is not illuminating
Reviewed in the United States on February 1, 2017
Verified Purchase
Much Buddhism, not much biology. Author seems to thing Buddhism "validates" or prefigures current biological concepts. Example: Buddhist notion of connectedness and ecological concepts. The author also seems somewhat full of himself "It is my view, and I am confident Buddha would agree..." Not an enlightening book. Best gotten from your local library to see if it fits your needs.
Read more
3 people found this helpful
Helpful
Comment Report abuse

Swamiwilly
5.0 out of 5 stars useful insights for living an engaged and meaningful life.
Reviewed in the United States on August 8, 2014
Verified Purchase
The scientifically confirmed profound interconnectedness of all things; the human mind - the result of evolution - capable of a measure of freedom unlike anything else; and the modern transcendence of solitary enlightenment in favor of enlightened activism are some of the themes discussed and revealed in this well written book. I liked it better than most of the other books trying to explain the neuroscience of awakened living.
Read more
6 people found this helpful
Helpful
Comment Report abuse

Louis Henry
4.0 out of 5 stars Four Stars
Reviewed in the United States on January 9, 2015
Verified Purchase
It made sense to me.
Read more
Helpful
Comment Report abuse

Kindle Customer
5.0 out of 5 stars Five Stars
Reviewed in the United Kingdom on January 21, 2015
Verified Purchase
Just up my sons street
Read more
Helpful
Sending feedback...
Thank you for your feedback.
Sorry, we failed to record your vote. Please try again
Report abuse

charles kodikara
5.0 out of 5 stars A GUID TOBUDDHISM AND BIOLOGY.
Reviewed in the United Kingdom on April 3, 2014
Verified Purchase
WELL WRITTEN BOOK BY A WESTERN BIOLOGIST. AN ATHEIEST LIKE RIHARD DOKINS SEEMS ADMIT IT. IT SEEMS DAWKINS DID NOT SEE THAT BUDDHISM IS NONTHEISTIC.BOOK GIVES GUIDENCE TO UNDERSTAND BIOLOGY AND BUDDHISM.
Chas HERBERT kODIKARA