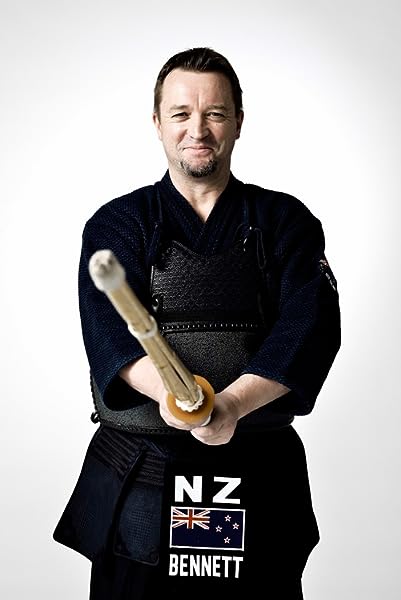 by Alexander Bennet (Author)
4.2 out of 5 stars 9 ratings
See all formats and editions
Sorry, there was a problem loading this page. Try again.

Budo, the martial arts ways of Japan, are perhaps the most significant of all the Japanese cultural exports. Literally millions of people practice Japanese Budo around the world, such as karate, judo, aikido, kendo and so on. Despite the remarkable post-war international proliferation of budo, surprisingly little interaction has been conducted at an academic level between Japanese and non-Japanese experts in the field. Furthermore there are few academic publications that consider the various Budo from different historical, cultural, philosophical and regional perspectives in Japanese, let alone English. This publication is the result of an international symposium: The Direction of Japanese Budo in the 21st Century: Past, present and future were conducted at the International Research Centrerfor Japanese Studies in November 2003. The objective of the symposium and this book is to stimulate.
Read more
Previous page
Next page

"The most complete and indepth look at Japanese Budo ever put into text." --Risingsunproductions.net

"The fruit of an international labour, this book is a milestone in the History of and teaching of Japanese Budo." --Fightingspirit.com

Alex Bennett was born in 1970 in Christchurch, New Zealand. He graduated from the University of Canterbury in 1994. He received his Doctoral degree from Kyoto University in 2001, and another from the University of Canterbury in 2012. After working at the International Research Center for Japanese Studies, and then Teikyo University's Department of Japanese Culture, he is currently employed as a Professor at Kansai University's Division of International Affairs where he teaches Japanese history and society.

In terms of the martial arts, Alex is Vice President of the International Naginata Federation, International Committee member at the All Japan Kendo Federation, Director of the Japanese Academy of Budo, and also represents NZ Kendo as the Head Coach. He is co-founder and Editor-in-Chief of "Kendo World", the world's only English language journal dedicated to Kendo, and holds the grades of Kendo Kyoshi 7-dan, Iaido 5-dan, Naginata 5-dan, Jukendo 5-dan, Tankendo 5-dan. He has competed successfully in international competitions in Naginata and Kendo, taking second place in the World Naginata Championships in July, 2011, and leading the NZ Kendo team to a top 8 placing at the World Kendo Championships in 2012.

When he is not training in the dojo, or tapping away on his keyboard, Alex enjoys a cold beer down at his local pub in Kyoto.

This collection of essays born from the 2003 international symposium “The Direction of Japanese Budō in the 21st Century: Past, Present, and Future,” meets a momentous need of expanding the studies of Japanese martial arts into critical scholarship. Divided into four sections, the essays tease out philosophical, cultural, educational and pedagogical, and international theses that both examine historical significance as well as evaluate the contemporary factors intertwining Budō and modern society demonstrating that in a world where men and women no longer walk the streets of the globe with swords, Budō holds a place of importance in modern, global society. The presenters come to these studies as both scholars and martial artist giving their works both rigorous scholarship as well as keen insights as practitioners of various arts.

The most widely discussed arts include judo, kendo, karate, and aikido because of both the historical gravity of the leaders of these arts but also the wide-spread practice of these arts on a global scale. Perhaps not as widely practiced, kyudo also receives significant attention because of the near-death, rebirth, then early introduction to an international audience of the art and its since intertwining with Zen.

Rich with thorough scholarship, this collection of papers opens the door for further detailed analysis of Japanese martial arts in the English language.