Bug Boys and millions of other books are available for Amazon Kindle. Learn more
Share 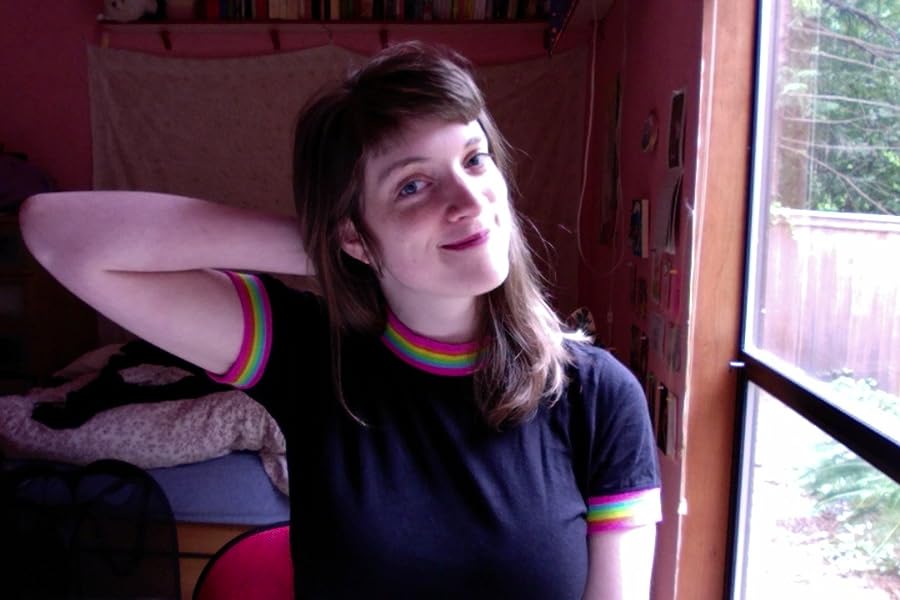 "Kids are going to love these characters, which is good, as more stories are already in the works…. Absolutely delightful.” —Booklist, starred review

“A whimsical rumination on friendship and being present in the moment." —Kirkus Reviews

“[A] quiet reminder that even parts of the environment that appear simple or insignificant may reveal a world every bit as complex as our own.” —Publishers Weekly

Laura Knetzger graduated from the School of Visual Arts in 2012. She has worked as a storyboard artist for Adventure Time. She lives in Seattle and makes comics about feelings. You can find her online at @LauraKnetzger.

Start reading Bug Boys on your Kindle in under a minute.

4.4 out of 5 stars
4.4 out of 5
43 global ratings
How are ratings calculated?
To calculate the overall star rating and percentage breakdown by star, we don’t use a simple average. Instead, our system considers things like how recent a review is and if the reviewer bought the item on Amazon. It also analyzes reviews to verify trustworthiness.
Top reviews

Amazon Customer
5.0 out of 5 stars Delightful
Reviewed in the United States on April 10, 2020
Verified Purchase
My son, who is a big fan of Dog Man and the Jelly/Narwhal books was delighted with this. It's really cute and a good story, he blew through it. So nice to find another great graphic novel for him to enjoy.
Read more
Helpful
Report abuse

Earl Ax
5.0 out of 5 stars Its alright!
Reviewed in the United States on June 11, 2020
Verified Purchase
My 6-7 yo boy liked it. Finally something beyond Dog Man.

I read a few chapters to check it out. Good messages, simple delivery.

kim s
1.0 out of 5 stars Yukkkkk!
Reviewed in the United States on September 17, 2020
Verified Purchase
Hard to follow. Will donate. My 8 yr old hates it.
I gave it to our 6yr and 9yr old cousins..they hated it too.
Terrible book.

Lenoire
3.0 out of 5 stars Cute Read
Reviewed in the United States on February 13, 2020
Stag-B is a calm but smart adventurer while Rhino-B is a sweet person but self-assertive. The two young beetles are best friends and make up the Bug Boys. They spend their time exploring Bug Village and the surrounding areas. Together the duo goes on adventures to save their village honey supply, travel through caves, and work with a bookish spider. What new adventure will the Bug Boys embark on?

Bob Knetzger
5.0 out of 5 stars "...pure magic."
Reviewed in the United States on May 17, 2016
Don't take my word for it. Here' Martin McClellan of Settle Review of books: "The favorite of the day, for both my son and me, is Laura Knetzger’s Bug Boys. This is a big collection of episodic comics about a friendship between a stag beetle, Stag-B, and his best friend, a rhinoceros beetle, Rhino-B. Knetzger has weaved a complex, rich world for these bugs, who pray (and debate the value of praying) to a chrysalis that may contain a corpse; interact with humans they can’t understand; live in mushrooms in a bug village; hitch rides on the backs of furry dogs to go to the beach and surf and find treasure; meet a spider librarian who tells them that many of their favorite stories were, in fact, human stories that were translated by bugs who snuck into human’s houses, and then re-wrote and re-contextualized them so that they’d make sense to bugs. The book is brand new, and only available for pre-order. I feel lucky to have scored a copy after taking a chance at her booth.
Because it’s utterly charming, and richly philosophical in a way that kept the attention of both the parent and the kid, and that’s a tall order. The stories never go where you expect, and the bug friendship is sweet, but also thoughtful and sophisticated, despite feeling pared down and seemingly straightforward.
Last night when my son came to give me a hug goodnight, he insisted I call him Stag-B, and he said “Goodnight, Rhino-B!” to me as he ran off. Of course, we all love becoming submerged in the story we are reading, but that Knetzger’s delightful work was able to push Darth Vader out the window? That’s pure magic.

Chelsea Campbell
5.0 out of 5 stars Perfect for fans of Adventure Time
Reviewed in the United States on December 2, 2020
I loved this book! I read it in one sitting and can't wait for the next one. Bug Boys is a series of funny, slice-of-life stories that explore friendship and our place in the universe in a way that's uplifting and hopeful. Everything about this book makes me happy.
Read more
Helpful
Report abuse

Katie Barnes
5.0 out of 5 stars LOVED this book!
Reviewed in the United States on October 26, 2020
My kids, ages 5 and 7, loved this book! The stories were so sweet, and I loved how the bugs were so kind to each other and such good friends. A real book about the importance of friendship. Also loved that these are little story vignettes. SO GOOD. Thank you to this amazing author! We look forward to all of your future endeavors. :)
Read more
Helpful
Report abuse

Sistrsprkl
5.0 out of 5 stars Fun book, my son is loving it!
Reviewed in the United States on October 28, 2020
Very sweet book. My newly 8 year old is loving it. I hope to get him more as they come out. I don’t love graphic novels but my kids do, at least this one has some more difficult words.
Read more
Helpful
Report abuse
See all reviews