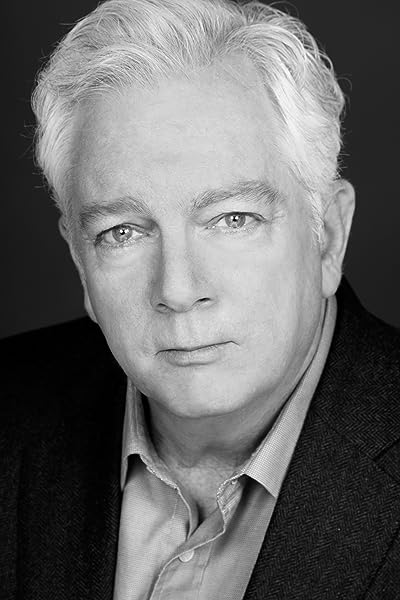 Bugsy Siegel: The Dark Side of the American Dream (Jewish Lives) Hardcover – February 9, 2021

by Michael Shnayerson (Author)
4.2 out of 5 stars 411 ratings
Part of: Jewish Lives (50 books)
See all formats and editions
Sorry, there was a problem loading this page. Try again.
Great on Kindle
Great Experience. Great Value.

In a brief life that led to a violent end, Benjamin “Bugsy” Siegel (1906–1947) rose from desperate poverty to ill‑gotten riches, from an early‑twentieth‑century family of Ukrainian Jewish immigrants on the Lower East Side to a kingdom of his own making in Las Vegas. In this captivating portrait, author Michael Shnayerson sets out not to absolve Bugsy Siegel but rather to understand him in all his complexity. Through the 1920s, 1930s, and most of the 1940s, Bugsy Siegel and his longtime partner in crime Meyer Lansky engaged in innumerable acts of violence. As World War II came to an end, Siegel saw the potential for a huge, elegant casino resort in the sands of Las Vegas. Jewish gangsters built nearly all of the Vegas casinos that followed. Then, one by one, they disappeared. Siegel’s story laces through a larger, generational story of eastern European Jewish immigrants in the early‑ to mid‑twentieth century.
Read more
Previous page
Next page

"A highly readable, fast-moving contribution to the annals of 20th-century organized crime."—Kirkus Reviews

"This is a biography of a man whose life in fact reads like fiction, even like myth. . . . A readable, even riveting account."—Richard Horwich, East Hampton Star

"A short and gripping panorama of life in 1920s-1940s America, that defining epoch of struggle and stardom, hardship and grandeur, fortune and bankruptcy. . . . Shnayerson helps demystify the mythology around Siegel while not making the story any less sublime. . . . In fact, Shnayerson’s biography of Bugsy makes him even more compelling and fascinating."—Paul Krause, Merrion West

“An approachable, well-researched biography of the turbulent, passionate life of Benjamin (Bugsy) Siegel, this sympathetic depiction of one of most notorious members of the Jewish underworld of the 1920s through the 1940s by Shnayerson, (contributing editor, Vanity Fair) reads like an adventure tale of derring-do.”—A. Lieberman Colgan, Choice

“In this captivating portrait of the notorious Jewish gangster who ascended from impoverished beginnings to the glittering Las Vegas strip, author Michael Shnayerson sets out not to absolve Bugsy Siegel but rather to understand him in all his complexity.”— Nyla Arslanian, Discover Hollywood


“An amazing job. I learned a lot. A great book about real gangsters when gangsters were real.”—Nicholas Pileggi, author of Wiseguy

“Insightful, well-written, and carefully researched, this is the best and most complete biography of the notorious gangster Benjamin ‘Bugsy’ Siegel in print.”—Robert Rockaway, author of But He Was Good to His Mother: The Lives and Crimes of Jewish Gangsters

Michael Shnayerson became a contributing editor at Vanity Fair in 1986 and is the author of eight books on a range of nonfiction subjects, including Boom: Mad Money, Mega Dealers, and the Rise of Contemporary Art.

Bill EmblomTop Contributor: Baseball
4.0 out of 5 stars A High Roller Who Paid With His Life
Reviewed in the United States 🇺🇸 on March 11, 2021
Verified Purchase
My level of knowledge of Bugsy Siegel has been limited to his being accused by mobsters of skullduggery involving a casino in Las Vegas and his being assassinated while sitting on a sofa in Los Angeles. I can't say my knowledge of Mr. Siegel is much beyond that now that I've read the book. He was a good friend of Meyer Lansky and quite possibly mobster Lucky Luciano may have been involved in his death. Bugsy and Virginia Hill were known for their slam bang knock each other around fights accompanied by love making. A deadly combination to be sure and the author feels that her brother Chick Hill may have been the man behind the gun that snuffed out Bugsy's life. Money slipped through Siegel's hands like water and he enjoyed luxuries such as shaves, manicures, massages, and shoulder rubs. When you cross the mob they don't forget and Bugsy paid the ultimate price in June of 1947.

On anecdotes involving controversy author Michael Shanayerson provides scenarios various authors give on Bugsy Siegel. I wish the author had provided photos in the book.

Michael Evnin
4.0 out of 5 stars A Great Read
Reviewed in the United States 🇺🇸 on October 16, 2021
Verified Purchase
Of course , being a fan of mafia subjects, I knew quite a bit about Siegel but not in this detail. Nor did I know how really successful he was monetarily. This is a guy who mixed in both worlds. I didn't know how much so. A great read.
Read more
Helpful
Report abuse

Ganser Macher
4.0 out of 5 stars A good read!
Reviewed in the United States 🇺🇸 on November 16, 2021
Verified Purchase
This is a well researched and well written story of a very complex man. I enjoyed it and learned some things I didn't know.
Read more
Helpful
Report abuse

John B. Tipton
5.0 out of 5 stars "Bugsy Siegel" tells the less-known gripping story of the Jewish side of organized crime.
Reviewed in the United States 🇺🇸 on March 16, 2021
Verified Purchase
This compact biography of Ben "Bugsy" Siegel tells the dramatic story of this famed gangster's incredible rise and violent end. Michael Shnayerson sketches Bugsy's emergence from the poverty of New York's Lower East Side to immense wealth and Hollywood glamor--created by discreet use of vicious power. The book provides new insights into his associates in crime like Meyer Lansky and Louis Lepke, as well as a vivid portrait of the ultimate gangster's moll Virginia Hill. Siegel is rightly credited, as the progenitor of hotel/casino The Flamingo, for the vision of what Las Vegas could and did become. But he was slain just as his dream was coming into view, ending his hopes for prestige and respectability as a legitimate businessman. This book is part of the valued "Jewish Lives" series from Yale University Press. The introduction correctly notes that the prior lives it has depicted were of totally admirable people of high accomplishment, unlike "Bugsy Siegel." But this is a fascinating visit to what the book's sub-title correctly calls "the dark side of the American dream."
Read more
3 people found this helpful
Helpful
Report abuse

JM92
4.0 out of 5 stars Great read!
Reviewed in the United States 🇺🇸 on October 25, 2021
Verified Purchase
Great read! Only issue is I wish the author dove deeper in his childhood.
Read more
Helpful
Report abuse

Mary Lewis
5.0 out of 5 stars a fantastic book
Reviewed in the United States 🇺🇸 on March 25, 2021
Verified Purchase
If you like Las Vegas, enjoy gangster movies, or are a gangster yourself, you’ll love this book. It’s the backstory of how Las Vegas, once just a desert outpost famous for its proximity to Hoover Dam, became the gaming/entertainment mecca it is today. Reading the history makes the movies more interesting, and the true stories are even more interesting than the movies.

"Bugsy" Siegel (who hated being called that) was the opposite of the Sopranos and other cliched goodfellas – a well-dressed, handsome, charming sophisticate who could move easily between polite law-abiding company and mobsters.

This well-written and engaging book helped me connect a lot of disparate pieces about the era and the people, and it will do the same for you.
Read more
2 people found this helpful
Helpful
Report abuse

Bebop Jim
5.0 out of 5 stars A Life Not Worth Living
Reviewed in the United States 🇺🇸 on August 3, 2021
Verified Purchase
Ben “Bugsy” Siegel - Is the personification of what is wrong with the human condition at this point in evolution. A Life Consumed By Greed - Lust - Desire - Sadistic Cruelty- Culminating in a classic mob hit .. A well written , interesting take on the mob at a certain time in modern history.
Read more
One person found this helpful
Helpful
Report abuse

RPB
5.0 out of 5 stars Captures a special moment in American and Jewish history
Reviewed in the United States 🇺🇸 on February 26, 2021
Verified Purchase
This is a great read, truly hard to put down. Bugsy Siegel was a dark American original, but Shnayerson’s portrait of him is so vividly drawn that you can’t help but admire him, even as you recoil at some of the things he did. It was a very interesting, certainly unusual, fully packed life, and Shnayerson has written a book that tells it in all of its pungent complexity.
Read more
One person found this helpful
Helpful
Report abuse
See all reviews

Albert
4.0 out of 5 stars A good easy read.
Reviewed in the United Kingdom 🇬🇧 on April 13, 2021
Verified Purchase
A good easy read well worth four stars.
Nothing much in it that I did not know about before though.
Read more
Report abuse

MR J P SEIGAL
4.0 out of 5 stars Fascinating insight into the Syndicate and Vegas
Reviewed in the United Kingdom 🇬🇧 on July 17, 2021
Verified Purchase
This biography gives an excellent history of the Syndicate, Murder Inc. and the founding of Las Vegas though the story of Ben (Bugsy) Siegel
Read more
Report abuse
See all reviews