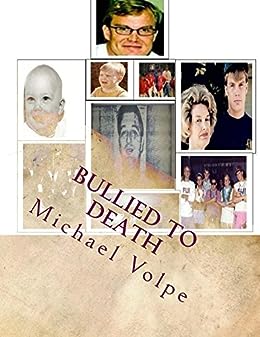 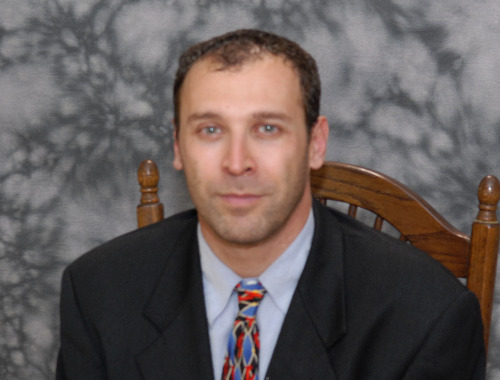 by Michael Volpe (Author), Michelle MacDonald (Editor, Foreword) Format: Kindle Edition
See all formats and editions
Sorry, there was a problem loading this page. Try again.
On December 29, 2013, Chris Mackney sat alone in his parked car, put a shot gun underneath his chin and blew his head off. It was the tragic end to a near six year custody battle which saw him penniless, homeless, jobless, with no access to his children, and taunted and threatened with jail: all at the behest of his ex-wife and her father. This all started when Mackney discovered that his father-in-law was a murderer and the man who got away with one murder engineered a suicide to hide it. "Murder by suicide" Mackney called it. The legal bullying didn't stop with his suicide. His ex-wife followed him into the grave and attempted to copyright his suicide note. When that blew up, Mackney became a martyr and symbol for all that's wrong with family courts. His suicide note has been read by millions, but now the whole unbelievable story is told.
Read more
Previous page
Next page

After spending a decade in finance, Michael Volpe has been a freelance investigative journalist since 2009. His work has been published locally in the Chicago Reader, Chicago Crusader, Chicago Heights Patch, and New City. Nationally, Volpe's work has appeared in a wide variety of publications including the Washington Examiner, the Daily Caller, Crime Magazine, the Southern Christian Leadership Conference Newsletter, and Counter Punch. Volpe has been recognized by whistleblowers as leading the charge in getting their stories out. --This text refers to the paperback edition.

After spending more than a decade in finance, Michael Volpe changed course entirely in his professional career and became a freelance journalist.

Since 2009, he's been published locally in Chicago in newspapers and magazines like New City, Times of Northwest Indiana, Inside Booster, Welles Park Bulldog, Chicago Reader, and Chicago Heights Patch.

He's also expanded into national stories. On the national level, his work has been published in such places as the Daily Caller, WND, Counter Punch, Crime Magazine, the Southern Christian Leadership Conference Newsletter, Front Page Magazine, and Big Government.

In October 2012, he published his first book entitled "Prosecutors Gone Wild: The Inside Story of the Trial of Chuck Panici, John Gliottoni, and Louise Marshall."

I have just finished Mr. Volpe’s book on court corruption, and in particular the experiences of Mr. Chris Mackney-as he worked his way through a highly troubled divorce with a ex-wife with an interesting family secret that came out during his own internet research: it was there he discovered that his wealthy father in law had been convicted of murder, had likely been involved in much more criminal activity, and his ex-wife conveniently forgot to tell him during their long marriage.

As a result, the father-in-law, a Mr. Scamardo (what an apropos name), went to great lengths to fund a divorce for $1.2 million which of course involved dozens of failures of the court to simply follow the law, set reasonable child support for the father and a fair co-parenting schedule. What happened instead was a complete nightmare leading to his own suicide when judgments against him ended up for over $100,000. Mr. Mackney never in fact did receive his share of equity in the marital residence which would have wiped out the debt; instead he continually struggled to fend off multiple unfair motions, one after the other. His ex-wife had him arrested and jailed four times. Once she and her attorney claimed attempted extortion when, after multiple attempts to reduce his child support to a level he could afford, he threatened to go to the media if it wasn’t reduced. He spent 3 months in jail awaiting trial, only to have the jury acquit him of extortion, deciding that child support is for the child so no money could be extorted from the ex-wife.

During the overly litigious divorce, the extreme motion practice of his ex-wife cost him his job and all future job prospects. One job was lost when Mrs. Mackney went and tried to depose his boss. That was the end of that job.

Mr. Mackney’s child support was based on an old tax return when he happened to make over $250,000 for the year as a Realtor in 2007, at the height of the real estate boom–something he never did before, or after that year. But the child support was set at $2,800 per month year after year and the court refused his many motions to decrease it at any time, even after Mr. Mackney lost his job, had no income and his ex-wife continually hounded him in court and harassed him outside the courtroom.

There are great descriptions of many of the lengths his ex-wife went to engaging in deception, trickery, parental alienation, describing him as mentally ill, when he clearly was not.

Mr. Mackney lost his custody rights when he failed to fax in one receipt to the court–he simply forgot or was confused.

Of course, all of Mrs. Mackney’s sins were always forgiven by the court.

Mr. Mackney, for most of the divorce proceedings, was forced to attend court pro se because he had no income and no attorney. In addition, “professionals” assigned to the case always sided with the wife, because, as many of you already know, he who pays gets the total cooperation from any professional assigned to the case and will attack the less wealthy litigant, engaging in slander, libel, false light and defamation, unless and until the appropriate fees are paid. Make no mistake, there are court appointed experts that can be bought and who can change their testimony for the highest bidder and most prompt payer.

The book is a very interesting read and I highly recommend it for those going through, or might possibly face, a contentious and overly litigious proceeding with someone hell bent on utter destruction of their ex. Utter destruction of a spouse, parental alienation, Legal Abuse Syndrome, suicide by men during divorce and other concepts of outrageous unjust litigation are aptly identified and discussed.

Highly recommended. Thank you Mr. Volpe for bringing this to the attention of the public, and more particularly those who are in need of your expertise and analysis to protect them. The book is interesting and well written. The emails of Mr. Mackney during all his troubles and tribulations were preserved by Mr. Volpe and they are republished at the end of the book. The ex-wife somehow was able to wrest a copyright registration out of the court, and she then went on a campaign of unconstitutional gag orders to remove all derogatory information about her and her ex-husband from the internet.
Read more
20 people found this helpful
Helpful
Report abuse

One of the quotes that chilled me to the bone is from Joan Kloth-Zanard, a Guardian Ad Litem. Mr. Volpe reports that Ms. Zanard emailed the following: "Shared parenting would actually reduce the issue of abuse, because both parents would be more involved equally. This would provide a chance for the kids to have a safety net. It would also enable counseling much more effectively for all involved. And believe it or not, someone who physically abuses does so because this is what happened to them as a child and it is all they know. They desperately need counseling to heal. While not all abusers can be healed, such as those that are sociopathic, there are many a person who has turned this around with proper counseling and education. As for pedophiles, while this is a harder group to heal, at the very least, with shared parenting, the other parent can teach the children right from wrong and how to say no and go get help if it is physical. While I do not condone this behavior, these pedophiles are damaged from their own childhoods or warped thoughts and ideas. But without shared parenting, you have no way to protect your kids."

That quote shows why Mr. Volpe's work is so important. There are people out there who believe, like Ms. Zanard, that abusers should have unrestricted visitation with their victims. It doesn't matter whether that belief comes from a delusional mindset or a personal agenda, it is treacherous and dangerous to victims. This is an issue that crosses all gender, racial, religious and ethnic barriers. It affects us all. Even people who are not directly involved feel the results as the court system churns out damaged children who become damaged adults.
Read more
16 people found this helpful
Helpful
Report abuse

A. Clotworthy
5.0 out of 5 stars An 'Everyman' Character: Chris Could Be Your Brother, Your Neighbor, Your Son, Read It!
Reviewed in the United States on April 20, 2016
Verified Purchase
Mr Volpe understands the profit-driven games, and patterns of fraud in family court, and can articulate that, as few writers are able to do. As an investigative journalist, he is familiar with the subject, as if he had experienced his own family court nightmare (fortunately this has not happened to him). This book is important for its great level of compassion for parents, both male and female, and gives a voice to those who have been crushed by the shocking corruption. Fairfax County Family court outcomes are indeed for sale. The most money and the most ruthlessness wins control of the ex-spouse and the children. Judges are central to the hugely lucrative scam, and because there is no oversight or regulation, this absolute power has corrupted absolutely. These family court attorneys, judges, mental health professionals, GAL's, do just about anything they want to, in these cases. While disguised as well-dressed and educated, they hide the fact that they are quite reptilian. If a system could be designed to do the maximum damage to children and families when they are the most vulnerable, this would be it. Over the decades, this backward system (like the courtroom scenes from The Crucible, except much meaner and darker) has become bolder and more entrenched. These family court systems are this nations dirty secret. This book describes other cases and draws from Mr Volpe's extensive knowledge base in the dynamics of corrupt systems.
Read more
7 people found this helpful
Helpful
Report abuse
See all reviews