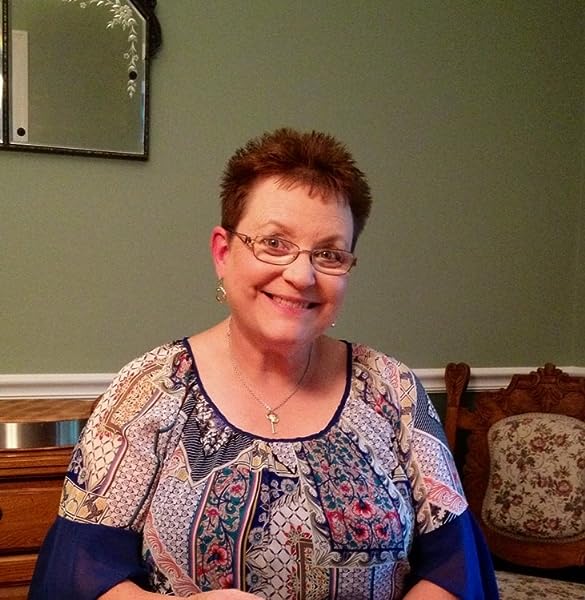 I thought of the story of Bumbling Bea about thirty-one years ago, but it took me until recently to put the story down on paper.  I must admit I am happy I waited to write it. The wealth of directing experiences and thousands of children I have taught helped to shape the story.  Life is a journey, isn't it?

When Deborah was ten years old, she attended the movie of "Mary Poppins" and has been hooked on performing ever since. Deborah has been a drama teacher for over thirty years, teaching in the public and private sector with adults and children alike. In addition, she has directed over 200 productions. This is her debut novel.

Start reading Bumbling Bea on your Kindle in under a minute.

4.9 out of 5 stars
4.9 out of 5
60 global ratings
How are ratings calculated?
To calculate the overall star rating and percentage breakdown by star, we don’t use a simple average. Instead, our system considers things like how recent a review is and if the reviewer bought the item on Amazon. It also analyzes reviews to verify trustworthiness.
Top reviews

Bea’s life gets turned upside down when a foreign student from Japan, Machiko, takes the prize role in the school play. From there, conflict between the two girls arises until one day Machiko gets stuck in the bathroom.

The writing in this thin book was enchanting. It had a flavor all of its own and rolled on and on very clearly and well. Take a look.

This was one of those times that happen about once a year in your beige life, you know? When what you’d been thinking about, dreaming about, actually happens and life gets a lot more colorful.

The author does a good job giving the main character, Bea, a unique voice, as the story is presented in first person. She grabs the inner thoughts of a girl well in this way. However, there are some flaws.

Clearly, Bea is well done. Her full name is Beatrice, but she calls her alter ego, ‘Bumbling Bea.’ It is the side of her that jumps out and sort of ruins things from time to time. If a real child did this, I’m sure some authority figure would snap on them. She tends to use her alter ego as an excuse often, but we do see real consequences when she’s too dramatic.

The other characters, besides Machiko, are sort of flat, given their favorite activity and/or personality tick. This doesn’t bother me too much, even though it was hard to keep the side characters straight. Clearly the people who matter were better drawn.

Machiko is our glimpse into another culture and offers a slightly different perspective. She is still a little too clean cut, especially compared to Bea who feels very well-rounded, but at least she wasn’t a stereotype…too much.

Like always, this is where things fall apart. The beginning was actually quite delightful. We get a little anecdote to demonstrate the destructive and/or bumbling nature of Bea. From there, I expected it to get into the main plot smoothly, and it did…but there were many bumps.

For one, even though the conflict between the girls came quickly, I couldn’t help but feel parts were missing. I was unclear when Bea found out she wasn’t going to get the lead. Then instead of bringing more tension, anytime things got rough, Machiko just ran off. Fine. I know some girls who are like that—not just middle-schoolers—but as the book progressed, more and more scenes seemed to be snipped or rushed, ultimately leaving me confused.

Then there’s the main plot. Clearly, it is between Bea and Machiko, and as you can expect, eventually they make-up and become friends, but it didn’t feel real to me. By the time the play happens, they are the bestest friends in history—somehow? I didn’t feel it or believe it. In this way, I wished more time was spent on that part.

Also, we get a little repetition, hearing the same things regarding Kabuki and Japanese culture a couple of times. It felt like the author was really trying to teach us about it by say it again and again.

And with all of this combined, it left me perplexed.

As you can see it was hard to come to a firm score for this book. Ultimately, I decided on three and a half. This was mainly due to the rushed fragments of the story. However, many parts were well written. Perhaps, the smaller nature of the book—only 155 pages—is to blame. Had the author spent a little more time filling it out, allowing the friendship and the problems to resolve themselves more naturally, then she might have had a much better book on her hands. As is, it’s good—just not wow.

MapleLeafAussie
4.0 out of 5 stars An enjoyable story for tweens and early teens.
Reviewed in the United States on April 8, 2017
Verified Purchase
In 'Bumbling Bea', we meet an 8th-grade girl named Beatrice and follow her journey as she learned important lessons about friendship, self-control and self-awareness. It delivers a particularly important message about learning to see something from another person's point of view and allowing that perspective to guide our decisions, actions and words.

Beatrice is a realistic character who struggles to deal with most of the things happening in her life. Early teen and tween readers will easily identify with her and sympathise with her in the different dilemmas she faces. The other characters are well-developed and the story line certainly gets the reader involved.

This was an enjoyable story with some really good morals for kids.
Read more
Helpful
Comment Report abuse

E.P.
5.0 out of 5 stars Drama, Drama
Reviewed in the United States on August 28, 2016
Verified Purchase
Enter - Beatrice, an 8th grade student at Oak Grove Midd0le School, an arts integration school. For the past two years, Beatrice has coveted the leading role of Pocahontas, the school's annual play, but because of circumstances beyond her control, this year is her last chance at securing the role. Beatrice is certain that by securing the role, she will also secure a place with the 'in' crowd and grab the attention of her father, a university professor of drama who is no longer living with the family.
Enter - Michiko, a Japanese transfer student whose dream is to become a Kabuki actor and is also vying for the leading role of Pocahontas. Michiko has no plans of backing down and no plans to leave.
Enter - Bumbling Bea, the sarcastic, smart aleck alter ego of Beatrice, who manages to trip Beatrice up in any number of ways as Beatrice tries to scare away her Japanese "friend".
Together, the three manage to entertain and lead the reader through the trials and difficulties of being an adolescent girl on the cusp of finding her place, center stage, in the world
This is a great book for those who know theatre and those who don't! A book any of us can relate to and recall our own tumultuous journey through middle school or junior high. 4
Read more
Helpful
Comment Report abuse

Alyssa
5.0 out of 5 stars I highly recommend "Bumbling Bea" for anyone who has tween avid-readers!
Reviewed in the United States on September 10, 2017
Verified Purchase
"Bumbling Bea" has the right "voice" for a children's book. It doesn't shy away from challenging vocabulary and has situations that I believe 12~13-year-old's could relate to and enjoy. I do think the cover makes this book seem younger than it is, but I was happily surprised by the content inside. I'm an avid reader of YA, so this isn't such a leap for me, just a bit younger. There are "coming-of-age" struggles everyone goes through at that age, and "Bumbling Bea" does a great job showing us a day in the life of Bea and offers great morals for growing youngsters.
Read more
Helpful
Comment Report abuse

SFSuzyQ
5.0 out of 5 stars Fun read with a great message!
Reviewed in the United States on August 11, 2020
Verified Purchase
I enjoyed this delightfully fun story of what it is like to be in middle school. So many emotions and sometimes even dorkiness! I chuckled many times throughout. I will recommend this to my oldest granddaughter as she is preparing to enter middle school in a month! Thanks for entertaining us Deb (in theater and now as a writer)!
Read more
Helpful
Comment Report abuse

CLS
5.0 out of 5 stars A delightful book
Reviewed in the United States on October 31, 2014
Verified Purchase
A delightful book that captures the life of the middle school student trying to figure out what it takes to be popular. Everyone can relate to that feeling of words falling out of your mouth that you wish you could take back that is Bumbling Bea. She tries to say and do the next best thing, but somehow the wrong things just keep happeing! You will enjoy reading about Bumbling Bea and her friends as they audition for the school play and prepare for the big performance.
Read more
2 people found this helpful
Helpful
Comment Report abuse

Amy Dawn Kostecki
5.0 out of 5 stars Wonderful
Reviewed in the United States on August 28, 2016
Verified Purchase
Bumbling Bea is a fun read. It is clear Mrs. Baldwin has taken great care in her writing.

She reached out to an audience that is often overlooked in writing (the middle school theater crowd) but does it in a fun and humorous way.

This is a must read for any middle school student but we all can identify with aspects of Bea. I certainly still say things I don't mean and I'm long past middle school.

Renee
5.0 out of 5 stars Great Youthful Story!
Reviewed in Canada on June 3, 2017
Verified Purchase
What a cute story of a youngster by the name of Beatrice, an eighth grader who is having a difficult time keeping her opinions to herself. And what opinions they are!
Beatrice is a regular kid who is learning the lessons of true friendship, what that means and how to be a great friend. It's not an easy feat for her, but she does seem to learn a lot more than she bargained for.
The story is centered on a grade eight school play which is a unique element. We really don't hear enough about the world of theater so this made the experience all that more enjoyable.
Well done Mrs. Baldwin on an excellent story and having the ability to immerse yourself into the mind of an eighth grader. Nice work!
Read more
Report abuse
See all reviews