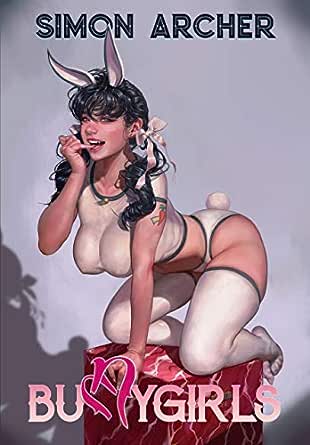 You've subscribed to Bunnygirls! We will preorder your items within 24 hours of when they become available. When new books are released, we'll charge your default payment method for the lowest price available during the pre-order period.
Update your device or payment method, cancel individual pre-orders or your subscription at
Your Memberships & Subscriptions
There was an error. We were unable to process your subscription due to an error. Please refresh and try again. 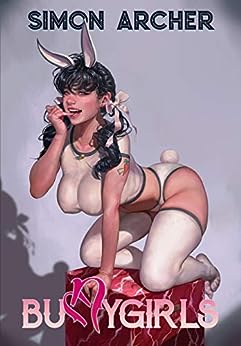 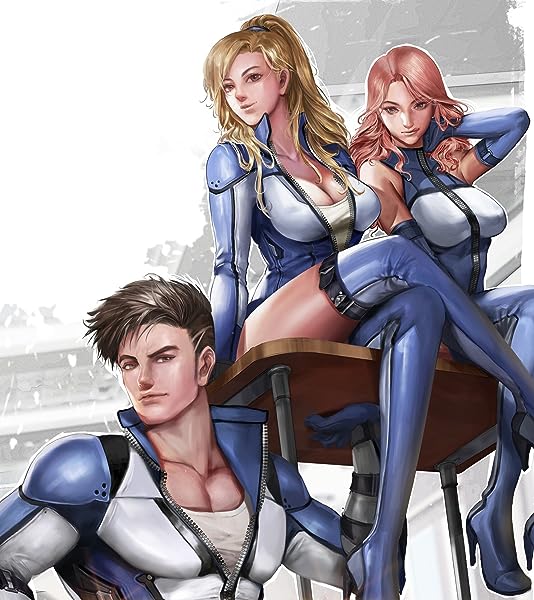 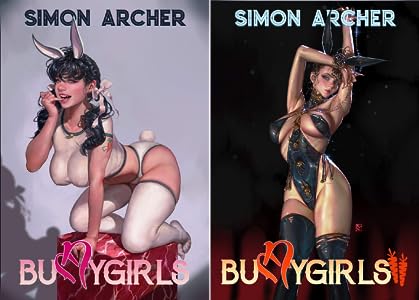 4.5 out of 5 stars
4.5 out of 5
115 customer ratings
How does Amazon calculate star ratings?
Amazon calculates a product’s star ratings based on a machine learned model instead of a raw data average. The model takes into account factors including the age of a rating, whether the ratings are from verified purchasers, and factors that establish reviewer trustworthiness.
Top Reviews

Mvargus
TOP 1000 REVIEWER
3.0 out of 5 stars Its a strange and magical world, but the story isn't
Reviewed in the United States on June 15, 2020
Verified Purchase
This ended up being a story I liked, but didn't "like". If that makes sense. Its a decent idea, and while the characters are collectively not very intelligent, there are a few who are interesting and entertaining at times.

I think the problem is that the characters are thin and lacking dynamically. There just wasn't a lot of substance to many of them, including the main character and his original bunnygirl. Its not that they aren't described. Its rather that they just don't seem to have any life to them.

And with that lack of life, the plot threads just don't appear to work all that well. It was a major problem in the action sequences, which relied on some truly ludicrous levels of magical power and plot armor to work, but which reminded me so much of a CGI'd blockbuster movie where there is little plot, but the director uses technical wizardry and explosions to cover up for the limitations built into the story.

Its not bad, and the idea definitely has a ton of promise, but sadly for me the story didn't work.

Kindle Customer
3.0 out of 5 stars Started off well but the story turned out to be a chalk line.
Reviewed in the United States on June 20, 2020
Verified Purchase
I liked the start, the introduction to the MFC and MMC, I also liked the SFC. The dialog was better than most then started to get tangled, confusing, irritating for a time, and threw me out of the story more than once then started to improve again. The magic system is pretty good, simplistic on the surface, You have a charm the does something and you attach it and activate it to achieve the desired effect.. The more charms that are added together the more complicated it gets. The story goes from the introduction to charms to OP villains fast. The first boss fight lasted 8% of the book, I skimmed about 3%. Two sex scenes nothing graphic, the rest in the book faded to black. Spoiler? - Taking the plot points out that have not occurred yet and just looking at what happened, minus the Fast Forward of two weeks of travel (Thank you!) The story is a chalk line, 3 days: Arrival: get minions; FF travel; Arrive kill Boss 1 and take possessions; wake-up get SFC and that night kill Boss 2. While there is a mystery and more plots, the story so far is just... flat. I think the author's original pathway of setting up the MC as a minor lord and then working his way to the targeted lord would have been more appealing.
Read more
5 people found this helpful
Helpful
Comment Report abuse

Dannan Tavona
4.0 out of 5 stars Rough and ready outdoorsman finds adventure
Reviewed in the United States on June 27, 2020
Verified Purchase
Urban fantasy harem with very few and very discreet adult situations
The story is good. The pacing decent, and action believable. Characters were clear, too. I don't mind first-person writing. However, I am not a fan of that first-person storytelling bouncing from character to character. Fortunately, only the first three chapters and the last one had these annoying switches; the rest of the story kept to the MC's perspective, and that literally saved it. I write myself, and prefer third-person, but one of my most popular series is written in first-person, but a cardinal rule for me is I don't change the focus to other characters.
I think this switching was done in an effort to try an enhance the drama. In the first chapter, the character was being tortured, followed by a dramatic rescue. The second chapter had a dramatic escape and met the MC. Some readers are able to take those switches without issue. For me, it's really jarring, and I had to pause and try to figure out who the new perepective belonged to, and that brings story momentum to a crashing halt, each time it happens. I have abandoned other stories for doing this tactic too often.
Again, after the third switch (to the MC), it stayed there for all but the last chapter, allowing the story to recover and proceed without further jarring interruptions. My position as a writer is if your story needs to jump arund like that, switch to third-person to reduce the confusion, and if need be, *rework the storyline.* Yes, first-person can be more dramatic, but it interrupts story momentum when you bounce around, and personally, I think it weakens the overall story.
Another point that nearly cost a star was the editing. I like the indie writers who strive to earn a living while telling entertaining stories. I've actually come to expect a few errors to slip through, and most times the story is worth ignoring a few mistakes. This story, however, had more than its share, though. Thankfully, most of those were at the start, but that's not where you want them because that can turn more readers off so they don't bother to finish. Most of the errors were punctuation related to dialog, and all the ones I highlighted will show up on Goodreads. Besides writing, I read for other writers, and highlighting mistakes is now a habit of mine. When I see them, they jump out, and if I see a lot, it makes me wonder if an editor was even hired. Mistakes turn off readers, and if there are too many, it doesn't matter how good the story is, the ratings will bomb. This isn't Archer's first book, so hopefully this was an anomoly.
So, back to the story. The author has told a decent diverting tale, with presumably follow-up volumes if sales warrant it. There are several mysteries unresolved at the end, and the irksome first-person switch in the last chapter hinting at more yet to be revealed about magic, bunnies, hares, and wolves.
I want to recommend this story; as I said, for 85% of the tale, there were no sudden changes that forced me to stop and try to figure out what was going on. I would enjoy reading more of the story. Again, some readers are okay with such writing tactics. I'm not. The more than usual number of errors and perspective changes had me considering whether the story still had enough "hook" to push on.
Was I entertained? Yes. The bad guys were truly evil, and there were two Boss fights. But getting there was more work than I expected. Cautious 4*
Read more
3 people found this helpful
Helpful
Comment Report abuse

SEMC
4.0 out of 5 stars Remarkably well written considering past entries
Reviewed in the United States on June 28, 2020
Verified Purchase
A huge improvement in writing quality considering initial entries by Simon Archer. Its almost as if he's improving. This time he managed to include humor of all things, and it didn't come off as flat. There were at least three instances where I found myself having a small chuckle. In a sea of 'current year' identity politics and swamped by terrible self published writing, this book gave me a tiny, itty bitty, sliver of hope that there might be a few authors actually learning how to write.
Read more
One person found this helpful
Helpful
Comment Report abuse

Amazon Customer
5.0 out of 5 stars Fun Book and a Good Read
Reviewed in the United States on July 15, 2020
Verified Purchase
I thoroughly enjoyed this fantasy/harem book start to finish, although at times, things jump around a bit from chapter to chapter so it can be a little difficult to follow. No worries; I just read on and it all made sense. It is for this reason I might give this a 4.5 star rating, but obviously that isn't possible.

The ending is such that a second book is needed. Not exactly a cliff hangar, but more would be nice. The author clearly left things so a second installment is intended if they readers like this first book.
Read more
Helpful
Comment Report abuse

Jonathan Manuel Alcantara Baylon
5.0 out of 5 stars It's a great book to read for anyone above age 15.
Reviewed in the United States on July 4, 2020
Verified Purchase
It's a good story, especially for the expected beginning based on the title, I would say this story does deserve a sequel maybe even up to 5 sequels minimum, it's one of those harem stories that is worth reading and adding to a book collection.
Read more
One person found this helpful
Helpful
Comment Report abuse

Pete K
5.0 out of 5 stars An enjoyable story with great humor
Reviewed in the United States on July 6, 2020
Verified Purchase
Most of the humor comes from the low-level wolves who are REALLY simplistic creatures. My personal favorites were Old Yeller, who felt the need to live up to his name sake by screaming everything and Scooby who goes seems to be a live thesaurus without understanding what's even rattling off. I'm looking forward to where the story goes in the next book.
Read more
Helpful
Comment Report abuse
See all reviews from the United States