The Kindle title is not currently available for purchase
You've subscribed to Cornish Mysteries! We will preorder your items within 24 hours of when they become available. When new books are released, we'll charge your default payment method for the lowest price available during the pre-order period.
Update your device or payment method, cancel individual pre-orders or your subscription at
Your Memberships & Subscriptions
There was an error. We were unable to process your subscription due to an error. Please refresh and try again.
Share <Embed> 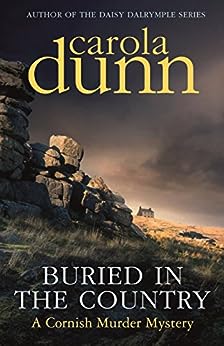 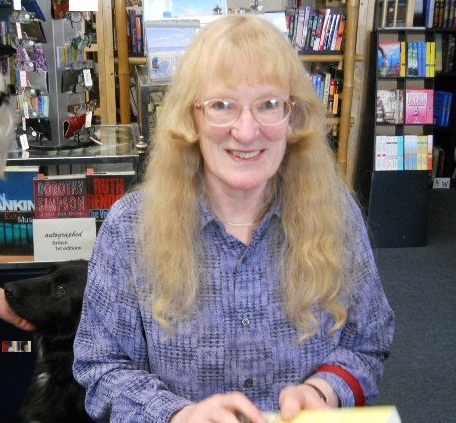 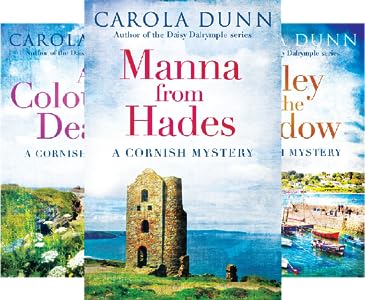 Praise for Manna from Hades

Eleanor is a wonderful, multi-faceted heroine...Dunn demonstrates the same smooth writing and seasoned storytelling that readers have come to expect. Mystery News

Dunn has a knack for writing meatier-than-usual cozies with strong female characters, and she has another charming winner here. Booklist

" --This text refers to the hardcover edition.

CAROLA DUNN is the author of many mysteries featuring Daisy Dalrymple, including Sheer Folly, Gone West and Heirs to the Body, as well as numerous historical novels. Born and raised in England, she lives in Eugene, Oregon. --This text refers to the hardcover edition.

4.6 out of 5 stars
4.6 out of 5
99 global ratings
How are ratings calculated?
To calculate the overall star rating and percentage breakdown by star, we don’t use a simple average. Instead, our system considers things like how recent a review is and if the reviewer bought the item on Amazon. It also analyzes reviews to verify trustworthiness.
Top reviews

Murph01
4.0 out of 5 stars A fine mystery: more like a four and a half
Reviewed in the United States on January 22, 2017
Verified Purchase
Eleanor retired to Cornwall after her husband was killed while doing the peace-making efforts that were their passion. She spends lots of her time picking up donations to the second-hand clothing store run by her former employer, and the rest of her time hiking around beautiful Cornwall with her constant companion, her dog.
When she is asked by her old employer to help at a conference trying to bring two warring factions together, she reluctantly agrees. With her car broken, Nick (an artist neighbor) offers to drive her up to the hotel. When the weather becomes foul, he gets stuck in a bed and breakfast. Then two mysterious strangers show up, and murder and kid napping becomes the business of the day.
This is a well written novel. The characters, lots already known to readers of the previous three books, are charming and engaging. The plot is taut, and contains a long sequence of chases through the back roads of Cornwall that is quite tense and exciting. Buy these books and read them; they are fine reads.

Cat
2.0 out of 5 stars What a mess (mild spoilers ahead)
Reviewed in the United States on December 21, 2016
Verified Purchase
I've read all four of the books in this series and this one, like the others, is pleasant enough to read while also being incredibly frustrating. The novel has two distinct plots. Plot A focuses on Eleanor's somewhat mystifying presence at a very oddly conceived and poorly explained secret conference relating to international affairs. Plot B focuses on two shifty characters who turn up at the hotel where the secret conference is taking place--and whose motives are given away by a brief expository passage before they head for Cornwall. These stories muddle along for most of the book with no apparent point until one plot is revealed to exist solely to get 65% of the novel's characters into position for the other plot, which then dominates the balance of the book. So more than half the book is spent setting up the conflict and resolution, and of that half a bunch of it is irrelevant. The other 35% of the characters don't matter whatsoever.

The conflict and resolution take place within a small number of pages that somehow manage to be kind of dull. I fell asleep during a section in which a dog looks for people on the moor not once, not twice, but three times running. The story is mostly resolved when one of the bad guys just decides to explain his actions to Eleanor, who just happens to find him. Then a few page later there's a fairly long discussion of whether it's better to eat Chinese or Indian food where other people can smell it. And then the book continues to go on for several more pages, ending in an Agatha Christie-style exposition of unresolved questions, but only those relevant to one of the plots, because again, the other one was completely unnecessary. Also unnecessary is the repeated commentary on how one character is the best-dressed woman in the area because she has first pick of the goods at the Lonstar charity shop.

Furthermore I have gotten extremely confused about the time frame of this series. My understanding is that it's mid-to-late 1960s at this point, and there's a good amount of "the times they are a-changin'" going on here--there's some hint of interracial relationships, gay characters, co-habitation without marriage, etc. That time frame also matches my understanding of the historical events referenced by Plot A. So I couldn't really shake the fact that Eleanor casually references disco dancing early in the book, a concept that Google Ngram Viewer confirms didn't really exist until after 1975, and she is an older woman who lives in rural Cornwall. Really?

So. Should you read this? If you are just interested in the exploits of Eleanor, Megan, and Nick, sure. Otherwise . . . not recommended.
Read more
10 people found this helpful
Helpful
Report abuse

David R. Benz
5.0 out of 5 stars Great stories.
Reviewed in the United States on December 25, 2020
Verified Purchase
I have read all Daisy and Cornish Mysteries. I love them all. You fall in love with the continuing stories of the characters. Happy retirement Carol. Computer won't let me spell your name.
Read more
Helpful
Report abuse

Kindle Customer
5.0 out of 5 stars Most Enjoyable
Reviewed in the United States on December 14, 2016
Verified Purchase
Eleanor once again saves the day when a murderous duo capture her neighbour Nick and her solicitor Alan. My favourite part is where Eleanor's police detective niece Megan follows the kidnapper's van - the police car chase is a lot of fun - and the romance between Nick and Megan begins to heat up.
Read more
3 people found this helpful
Helpful
Report abuse

CCJ
5.0 out of 5 stars Another great Cornish mystery!
Reviewed in the United States on January 9, 2017
Verified Purchase
I enjoyed this book - Carola Dunn writes a great mystery. I wouldn't mind if the niece had her own story but I really get involved and can't put the book down until it's finished then I regret finishing it too fast.
Read more
2 people found this helpful
Helpful
Report abuse

Elisabeth Nyffenegger
5.0 out of 5 stars excellent yarn
Reviewed in the United States on August 31, 2020
Verified Purchase
I enjoyed the whole. The characters known from previous books, the action, the irony of the enemy not being a Russian or a Chinese.

Mdb
5.0 out of 5 stars Great Characterization
Reviewed in the United States on June 28, 2018
Verified Purchase
I like these books more with each one I read. The Cornish coast sounds so inviting and I love the mix of action and brotherhood in these books.
Read more
Helpful
Report abuse

Damaskcat
4.0 out of 5 stars Buried in the Country
Reviewed in the United Kingdom on December 23, 2016
Verified Purchase
Eleanor is surprised to receive a phone call from an old friend who is high up in the Foreign Office. He wants her to act as chaperone and facilitator at a secret meeting. Eleanor doesn't see that she can be much help but agrees to a weekend, all expenses paid, at posh hotel at Tintagel which isn't far from where she lives.

What she doesn't expect is to meet her niece, Megan there in her official capacity. Megan is a detective with the local force and is there as bodyguard and to look out for anything which is going wrong. What follows is an entertaining and fast paced mystery novel where it is far from clear until almost the end which people Eleanor can trust and which she can regard with suspicion.

I have read the three previous novels in this entertaining, low key, mystery series. Eleanor is an interesting character, as is Megan and I enjoyed the nail biting car chase through the fog which is the focal point of the story. This is the fourth book in this series of Cornish mysteries.
Read more
4 people found this helpful
Report abuse

Hedda98
5.0 out of 5 stars "Axing" Dr Beeching.
Reviewed in the United Kingdom on June 8, 2018
Verified Purchase
I found this book thoroughly enjoyable, not least the "Historical Notes" in which Carola Dunn explains that she chose to "axe" Dr Beeching instead of the railway lines he "axed". The descriptions of the landscapes and the times are good, and the political themes are still relevant. So it's not just an amusing book - though it is that, too!
Read more
3 people found this helpful
Report abuse

jackbad
3.0 out of 5 stars Three Stars
Reviewed in the United Kingdom on May 18, 2017
Verified Purchase
I did'nt find this as good as the Daisy Dalrymple books, in fact somewhat disapointing. Sorry Carola.
Read more
3 people found this helpful
Report abuse

The Gardener
5.0 out of 5 stars Light hearted detective
Reviewed in the United Kingdom on January 27, 2019
Verified Purchase
Good carry on from the rest in the series but could read it as stand alone book .I love the characters and being Cornish could identify with the places they visited.Hope there is more to come.
Read more
Report abuse

roger williamson
5.0 out of 5 stars A very satisfied customer.
Reviewed in the United Kingdom on January 1, 2020
Verified Purchase
I enjoyed the book very much. It was for myself, and was the last in the Cornish mysteries series. I an a big fan of the author carola Dunn. I have now read her daisy dalrymple series of books, some of which I ordered from amazon. I am very satisfied with the service from amazon, since I became a customer and look forward to buying more items in the future.
Read more
Report abuse
See all reviews
Back to top
Get to Know Us
Make Money with Us
Amazon Payment Products
Let Us Help You
EnglishChoose a language for shopping. United StatesChoose a country/region for shopping.
© 1996-2021, Amazon.com, Inc. or its affiliates