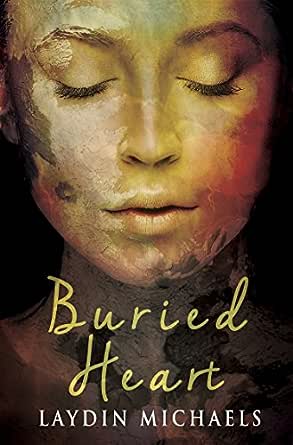 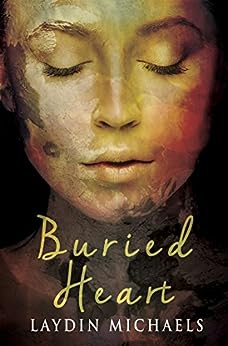 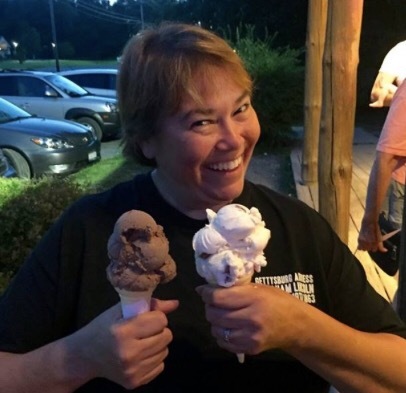 Laydin Michaels is a native Houstonian with deep Louisiana roots. She finds joy and happiness in the loving arms of her wife, MJ. Her life is also enriched by her son, CJ, and her four fur children. Her love of the written word started very early. She has been a voracious reader all her life.
--This text refers to the paperback edition.

susan
5.0 out of 5 stars Thriller of a life time
Reviewed in the United States on January 30, 2017
Verified Purchase
If you are looking for a thriller that would keep you on the edge of your seat this is it. The storyline had me hooked from page one. The characters were so believable and real. I would definitely recommend this book.
Read more
Helpful
Comment Report abuse

VelvetLounger
4.0 out of 5 stars Serious suspense, dark thriller and a definite page turner.
Reviewed in the United States on January 19, 2017
Unusually I am split about the rating . so 4++ for storytelling and suspense, 3+ for emotions and editing – overall something around 3.8

We first meat Drew aged 11 running down a street as if she has been transported there from outer space, with no memory of who she is or her history. Unusually her amnesia doesn’t fade, although the nightmares do after years of therapy.

Jump to Drew aged 26, working as a Ranger and bopping at the local festival, when she meats the gorgeous Cicely and they form an instant bond. The romance seems set to develop despite Cicely’s’ rather one sided obsession about truth and honesty.

But Drew has started to receive anonymous text messages, and the nightmares flare up again, putting stress on their budding relationship. When a strange man speaks to Drew’s younger sister a warning flares, but her stalker will get much closer before her memories return and uncover the horror of her childhood.

The suspense and terror in ‘Buried Heart’ are very real, the horror of a sadistic mans behaviour had me turning the pages to get through it, hoping for a happy ever after ending, but dreading a fateful twist in the plot. Ms Michaels can certainly create a crescendo of angst that builds and builds until it is almost unbearable and then crashes like a tidal wave against the shore with the release of pent up energy.

Drew is a likeable and interesting character, Cicely less so, and although her background explains her demanding nature, she is certainly never warm and fuzzy. Drew’s family, particularly her mother, along with her friend Preston and Cicely’s closest friend Kallie, provide the warmth and care, the gentler and loving side.

The dialogue was, at times, a little heavy and the editing could have been tighter, but the author certainly has a gift for thrilling the reader and holding you in thrall. After all they went through I was not convinced by their happy ever after protestations, their emotions felt described rather than felt, but I am certain that I wanted, needed, them to survive and escape the horror, however damaged they might be.

D.M.E
4.0 out of 5 stars Buried Hearts
Reviewed in the United States on January 17, 2017
This story is told in third person, past tense, and from both Drew and Cicely’s point-of-view. Something I appreciated immensely.

Due to a traumatic event, Drew can’t recall anything from before the age of twelve, at which time she escapes a terrifying ordeal and is adopted into a loving family. Her parents do their best to help her deal with nightmares and night terrors by agreeing to put her on medication. Her sister Wy and bother Javon, also adopted, play bit parts throughout the story.

The story picks up fourteen years later with Drew now being twenty-six. She works as a park ranger alongside her best friend, Preston. When Preston drags Drew out one night, she meets Cicely. The attraction is instantaneous. However, Cicely is perpetually single and having been burned doesn’t trust easily. She wants nothing more than a casual hook-up. Over time that changes.

Mid-book, Drew’s past comes back to haunt her, literally, in the form of a sick and twisted, evil man. I am not going to say what happened as it would involve spoilers. I will say it would be most people’s worst nightmare, I shuddered more than a time or two.

This book is not without it’s faults, what book is? The secondary characters are rather one-dimensional and the dialogue is a little stilted at times. However, what made this story a winner for me was the fact it kept me engaged and turning the pages at breakneck speed! I couldn’t put the book down, pouted when I had to, and not once did I want to skip pages just to get to the guts of the story. (Something I'm apt to do once a book loses my attention)

While there is a HEA, thank goodness, I wouldn’t classify this as a romance per say. Pick it up as a thriller with a side of romance and hopefully you’ll enjoy it as much as I did.

RLynne
5.0 out of 5 stars A Thriller that keeps you turning the pages until the satisfying end!
Reviewed in the United States on May 30, 2017
Life for Drew Chambliss started at age twelve when she was found walking down a highway. All of her early memories are gone. Now an adult she works as a park ranger with her good friend Preston. When the two of them go to a festival, she meets the beautiful Cicely and the two women have an instant attraction for each other. Unfortunately, Drew has horrible nightmares which have her screaming and actually stop breathing! Naturally,
Cicely finds her nightmares alarming and urges her to get help from Kallie, her friend who is a mental health therapist. As Drew works with Kallie, some of her childhood memories do return. But she also has a stalker who sends her creepy text messages.
Author Michaels ha definitely given her readers a page turning thriller which kept me glued to this book until the very satisfying end! Drew and Cicely are very well developed characters and Preston and Kallie are the solid, caring friends we all want to have.
Read more
Helpful
Comment Report abuse