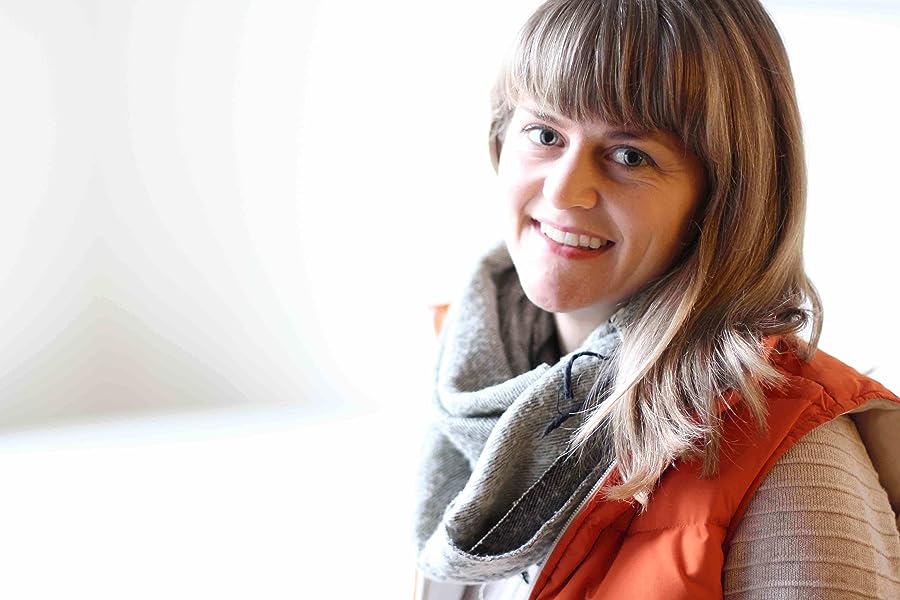 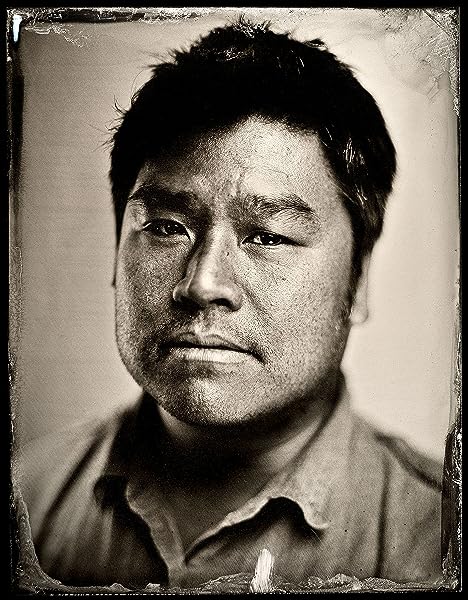 If you make only one curry from this book, let it be this one. Simple, satisfying, and made with ingredients that are easy to find, Coconut Chicken Curry is a workhorse in the Burma Superstar kitchen. At the restaurant, it’s the base for noodle dish Nan Gyi Thoke (page 98) and the dip for Platha (page 181), a buttery flatbread. Alone, it’s a satisfying meal with rice. For best results, cook the curry the day before serving to give the flavors time to soak into the chicken. This recipe makes about 7 cups, so you can freeze any leftovers to make Nan Gyi Thoke or serve with platha down the road.

Trim the chicken thighs of excess fat and cut into 1⁄2-to 1-inch pieces. Transfer to a bowl and use your hands to mix with the paprika, turmeric, and salt. Let the chicken marinate at room tem¬temperature while you prepare the other ingredients, or refrigerate it overnight.

In a 6-quart pot, heat the oil over medium-high heat. Stir in the onions, decrease the heat to medium-low and cook gently, stirring often to prevent scorching, for 10 minutes. Add the garlic and continue to cook until most of the water from the onions has been cooked out and a glossy layer of oil has risen to the surface, about 5 minutes more.

Add the chicken and stir to release the spices into the onions. Pour in the coconut milk, increase the heat, and bring to a near boil. Let the coconut milk simmer briskly for about 4 minutes to thicken a bit. Decrease the heat to medium-low and add the fish sauce. Stir in the water and bring the pot back to a near boil. The broth will thin out as the chicken starts to release its juices.

Lower to a gentle simmer and cook, stirring occasionally, until the chicken is tender, 50 to 55 minutes. Droplets of paprika-red oil will rise to the surface. Stir in the curry powder and cayenne, simmer briefly, and remove from the heat. If time permits, let the curry sit for at least 20 minutes before serving. This allows the chicken to soak in more flavor as the curry cools. Bring to a simmer before serving and taste, adding more salt or fish sauce if desired. Serve with bowls of cilantro and lime wedges at the table.

“Finally! In this beautiful book, Desmond Tan and Kate Leahy bring one of my favorite Bay Area restaurants, Burma Superstar, to the world. From the Tea Leaf Salad to Chicken Coconut Curry, the book demystifies the ingredients and cooking techniques of Myanmar, opening up the restaurant’s incredible flavors for everyone to enjoy. This is a book to read from cover to cover, and to cook from forever.”
—Amanda Haas, author of The Anti-Inflammation Cookbook: The Delicious Way to Reduce Inflammation and Stay Healthy

“The eponymous San Francisco restaurant is making quality Burmese food even more accessible than before with this insightful, thorough cookbook. Take mohinga, for example, the breakfast noodle soup you've probably never heard of that's considered Burma's national dish. And in between coconut chicken curry and tea leaf salad, you can read all about Myanmar's struggle for democracy, as well as the people and ingredients that make up this rich culture.”
—"Best New Cookbooks," Tasting Table

"Burmese food is highly underrated—especially where fighting inflammation is concerned, thanks to the generous use of spices like turmeric and cardamom. In his book, Tan reveals that the meals include ingredients that are beautifully colored and textured, meaning that even salad can be exciting. "
—Felicia Czochanski, Well + Good

"Despite what some may consider unfamiliar ingredients and cooking techniques, “Burma Superstar” (the book) is incredibly accessible and, more importantly, fun. Fans of the restaurant will be happy to see a some of its most popular dishes, but the cookbook is more than just a rehashing of the menu. [...] There are short snippets on the history, political and otherwise, of the country, and photographs, all by San Francisco’s John Lee, bring the food into context with the country."
—Kate Williams, Berkeleyside

DESMOND TAN was born in Burma and came to San Francisco when he
was 11 years old. He has grown Burma Superstar into four thriving, unique
locations (with a fifth on the way). In 2014, he launched Mya Foods, the first Bay
Area company to import Burmese ingredients--most notably laphet, Burma's
famous fermented tea leaves.

KATE LEAHY is a San Francisco-based cookbook author. She wrote A16 Food + Wine (Ten Speed Press, 2008), the IACP 2009 Cookbook of the Year, Cookie Love, an NPR Best Book of 2015, and Lavash, a book about Armenia due out in 2019. A line cook turned food writer, she has written for Eating Well, CNN Parts Unknown, Food52, Chicago Magazine, Epicurious, and Plate. For information on recipes and cookbook projects, visit  kateleahycooks.com.

What is Burmese Food?

If you head down Pansodan Street in Yangon’s historic downtown district, the view of the century-old colonial architecture is often obscured by makeshift stalls serving samosas, hand-mixed noodle salads, and steaming bowls of mohinga, a fish noodle soup that is, for all intents and purposes, Myanmar’s national dish.

This scene of street stalls is repeated all over the city. In the morning and late afternoon, tea shops fill with workers downing their first cup of tea brewed the color of burnt caramel and lightened with condensed and evaporated milks. For lunch at a popular restaurant like Feel, customers point at dishes set out on the counter and then sit down and wait as servers bring small plates to the table in rapid-fire fashion. To escape the afternoon heat, locals pop into shops serving sweetened yogurt drinks or a “heart cooler”—coconut milk served over agar jelly, tapioca pearls, and ice. Before dinner, people line up in front of vendors frying up the Burmese answer to tempura. Like the rest of the country, the city grows quiet at night, with the exception of 19th Street, which turns into an open-air market where you can pick and choose from stalls offering skewers of whole fish, squid, pork intestine, or mushrooms. Pitchers of Myanmar beer tide over groups of customers while the stalls grill selections.

Eating in Yangon means sampling a range of culinary traditions, from regional ethnic foods to dishes adapted from neighboring countries, especially China and India. No matter which heritage hits the table, one thing is certain: it’s easy to find a dish—or several—that you can’t wait to eat again.

Some form of this comfort dish is made in nearly every corner of Asia, and it has long been a popular item both in Myanmar and at Burma Superstar. While the noodles, which get their flavor from fried garlic and garlic-infused oil, are respectable on their own, some like to beef up the dish with shredded duck, barbecue pork, sautéed shrimp, or stir-fried mushrooms and broccoli. Anything goes. The trickiest part of making garlic noodles is ensuring the garlic doesn’t burn. In this recipe, the garlic is pulled off the heat and left to cool in the oil. If you want to safeguard the process a bit more, set up a heat-proof bowl with a mesh strainer. When the garlic reaches a deep golden color, pour the garlic through the strainer to stop the cooking.

In a small pot, heat the oil over medium heat. Add 3 tablespoons of the garlic, set the heat to low, and fry, swirling the pot frequently, until the garlic is nearly golden in color, no more than 3 minutes. (If the garlic starts to darken too quickly, pull the pot off the heat, swirl the oil, and let the garlic continue to fry off the heat for 30 seconds before returning it to the heat.) Because the garlic can burn quickly, watch the pot the whole time while the garlic fries.

Immediately pour the oil into a heatproof bowl and let it cool. The garlic will continue to cook and turn golden as it sits. If the garlic is already golden brown before you take it off the heat and it looks like it might burn if left in the hot oil, all is not lost. Pour the oil through a fine-mesh strainer into a heatproof bowl to remove the garlic from the oil and stop it from cooking further. Once the oil has cooled a bit, return the garlic to the oil.

Add the onions and soy sauce to garlic.

In a small serving bowl, stir together the sriracha, the remaining 1 tablespoon of garlic, the ginger, sugar, salt, and water.

Bring a pot of water to a boil. Add the noodles and cook, stirring often with chopsticks, until nearly soft all the way through, about 4 minutes or until tender but still slightly chewy. Drain in a colander and rinse briefly under cool running water. Give the colander a shake to remove excess water.

Return the noodles to the pot. Pour in the garlic–soy sauce mixture and add the cucumbers. Give the noodles a good stir with a pair of tongs, then divide among bowls. Top with the green onions. Serve with sriracha sauce.
Read more

Page 1 of 1 Start overPage 1 of 1
This shopping feature will continue to load items when the Enter key is pressed. In order to navigate out of this carousel please use your heading shortcut key to navigate to the next or previous heading.
Back
Next
Pages with related products. See and discover other items: international cuisine, asia food, australian travel, tv show books, fermentation books, food recipe books