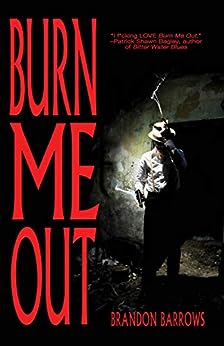 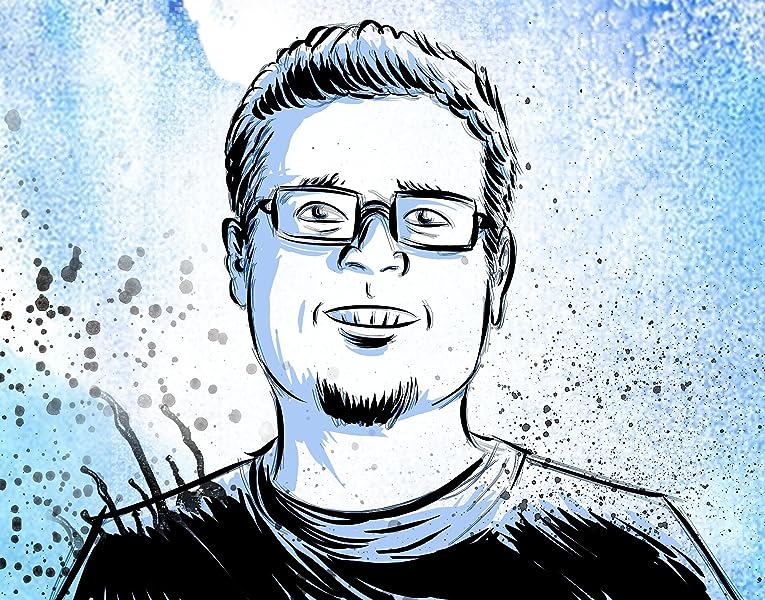 Burn Me Out Kindle Edition

Brandon Barrows is the award-nominated author of the occult-noir novel This Rough Old World as well as over fifty published stories, selected of which have been collected into the books The Altar in the Hills and The Castle-Town Tragedy. He is also the writer of nearly one-hundred individual comic book issues. He is an active member of the Private Eye Writers of America. --This text refers to the paperback edition.

Bruce H
5.0 out of 5 stars Bloody Good!
Reviewed in the United States on September 13, 2020
Verified Purchase
Al Vacarro’s lot in life was preordained. By the time he tries to come out from behind the unavoidable eight ball, it’s too late. Brandon Barrows deftly puts the reader inside Vacarro’s head. We struggle alongside him, hoping against hope he’ll prevail. Despite Vacarro’s violent past (and present), we pull for him. That can’t be said for some of the other memorable characters we meet along the way. The action begins with the first line and doesn’t let up until the satisfying end.
“I wish I had written this book.” Mickey Spillane’s quote graces the cover of John D. MacDonald’s Gold Medal paperback, THE DAMNED. If Mickey were alive and read BURN ME OUT, I’d bet he’d say the same thing.
Read more
One person found this helpful
Helpful
Report abuse

Amazon Customer
5.0 out of 5 stars Excellent modern mafia noir
Reviewed in the United States on January 6, 2021
Verified Purchase
Structured well, it moves at a steady pace up to about the last third of the book, where it becomes more frantic til the satisfying end (which is what I always hope for). I also loved that the author switched between points of view and memories of the past. That gave the story a fuller feel which I don’t often see in this genre. I read it straight through in one sitting because I couldn’t put it down. Highly recommended!
Read more
One person found this helpful
Helpful
Report abuse

Amazon Customer
5.0 out of 5 stars Which Family will Al choose?
Reviewed in the United States on September 20, 2020
Verified Purchase
Just finished reading Brandon Barrows outstanding new book Burn Me Out. Almost as if the Sopranos was written by Robert B. Parker and directed by Guy Richie. Al Vaccaro has spent his life following his fathers path of mob life. He tries to make everyone in his life happy with a balancing act. One that is crumbling around his ears with every choice he makes. But what will he do? And what will his next decision cost? Buy it now and find out. Do it!
Read more
Helpful
Report abuse

Matthew
5.0 out of 5 stars A joy to read
Reviewed in the United States on September 24, 2020
Verified Purchase
Burn Me Out draws in the reader from the first page and doesn’t let go until the last. Barrows sets you on a fast-paced journey inside the mind of a seasoned mafia capo having a crisis of conscience. Page-turning and fun, yet brutal, it’s just a joy to read!
Read more
One person found this helpful
Helpful
Report abuse

Moderan
5.0 out of 5 stars avoids the cliche
Reviewed in the United States on September 27, 2020
Al Vaccaro comes off as a real person instead of a bunch of nerve responses based on old crime novels and noir movies, and that's a good thing. Barrows has enough smarts and skill to depend on the character for forward movement and a light enough touch to shy away from overplotting.
I can recommend this book unreservedly, and I've read a LOT of crime fiction.
Read more
2 people found this helpful
Helpful
Report abuse

Jill C. Hand
5.0 out of 5 stars Suspenseful and haunting
Reviewed in the United States on September 3, 2020
From the very first line Burn Me Out grabs you and pulls you into the world of Al Vacarro, a member of the Castella crime family. Al has given a lifetime to the mob, but now he's had enough. He wants out. But once in, it's well known that only way out is in a box.
Al prefers not to die the way he's lived. He wants a chance to live right and walk straight, for himself and for his family.
Burn Me Out is the story of the last 24 hours of Al Vacarro's life in the mob.
It will grip you and haunt you, long after you finish reading.
Read more
One person found this helpful
Helpful
Report abuse

Nate Venet
5.0 out of 5 stars A cut above.
Reviewed in the United States on October 29, 2020
A well paced and finely honed story, Barrows delivers a compelling page-turner. It was a hard book to put down, particularly in the last few chapters, as the ultimate crisis comes to a head, but with plenty of mystery about the final outcome and how it's all going to go down. The book reads like an accelerating train; slow but undeniably powerful at the start, building to a fast, relentless and unstoppable force by the end.

The action moves swiftly, but with enough breathing room for a flashback narrative of Vacarro's past to unfold, bringing to life not only Vacarro himself, but also the neighborhood and people who have maintained an unrelenting grip on him since his childhood.

Plot and story are important, and Barrows handles them with a deft hand, but they only take a book so far. What elevates this book is the way in which Vacarro comes across as a real person, and not simply a cardboard cutout of a jaded mafioso. This book goes beyond unfeeling pastiche and tells a human story that rises just above the familiar and well-worn background of its genre origins.
Read more
One person found this helpful
Helpful
Report abuse

Mike Luoma
5.0 out of 5 stars Kept Me Glued...
Reviewed in the United States on September 24, 2020
Good suspense is hard to pull off, but Barrows proves himself a deft modern practitioner here. In Burn Me Out, he takes on the theme of the Made Man Wants Out, and gives it a twist or two - keep reading to the end, trust me on this! Well-paced, too - kept me turning pages. In fact, Burn Me Out sucks you in until, just like Al Vacarro with the Castellas, you have to see it through to the end.
Read more
One person found this helpful
Helpful
Report abuse
See all reviews

Jimigi
2.0 out of 5 stars Stale
Reviewed in the United Kingdom on May 4, 2021
Verified Purchase
Have to be from that little part of America to enjoy or understand this book. I was glad to finish it , and sorry I started it.
Read more
Report abuse
See all reviews