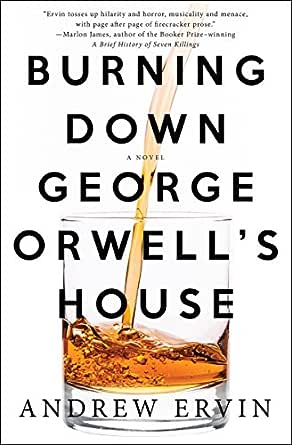 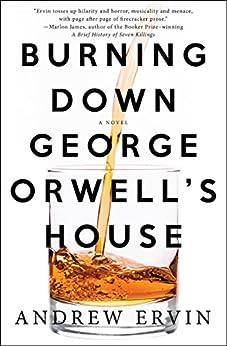 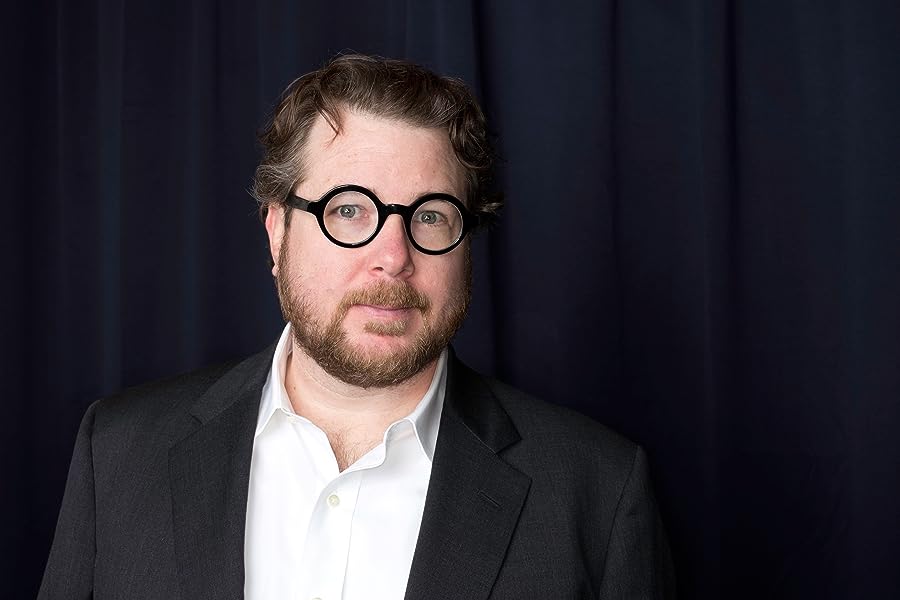 “Burning Down George Orwell’s House is really most enjoyable, a witty, original turn on the life and memory of the Sage of Jura, taking place on the island where he wrote Nineteen Eighty-Four. Eric Blair serves as the McGuffin in this story, which is one part black comedy and one part a meditation on modern life. It is well written and truly original.”
—Robert Stone, author of Dog Soldiers

"As all good comedies do, Ervin's novel contains a sober question at its core—in this case, whether the idea of 'escape' itself is just another manipulation sold to us 'proles' by the very same wired world that engulfs and exhausts us. Take a wild guess what George Orwell would say."
—Maureen Corrigan, NPR's Fresh Air

"Burning Down George Orwell’s House is a sweet book full of delights. Since many of its best passages are rhapsodies on single malt whiskies, one is tempted to call it a wee bonny dram of a tale."
—The New York Times Book Review

"A whisky-soaked hoot worth hollering about."
—The Austin Chronicle

"Big Brother might not be watching [Ray Welter] but the island’s eccentric locals sure are and also, possibly, a werewolf. High comedy ensues as Welter tries to find himself, Orwell and the savage beast."
—New York Post

"A glorious debut."
—The Philadelphia Inquirer

"Wry and engaging . . . Nineteen Eighty-Four casts a long shadow over countless books—but not this one . . . Ervin has achieved something uniquely refreshing: a book that shows the taste and restraint to pay knowing, affectionate and humorous tribute to George Orwell without trying to prove him right—or to create some redundant simulacrum of his work."
—Paste Magazine

"A breezy bit of fun for anyone who dreams of Scotland, enjoys a wee dram of scotch and wonders what it might be like to leave modern life behind—at least for a few hours."
—The Cleveland Plain Dealer

"Follows in the tradition of classic comedies where a supposedly cosmopolitan outsider tests his welcome in an insular old-world village. Both come in for some good-natured satire."
—Newsday

"Besides the sheer entertainment that Burning Down George Orwell's House provides, its value comes in its power to make readers stop and take a close look at their own priorities."
—Bookreporter.com

"Raises genuine questions about ambition, change, and freedom. The novel never offers Ray or the reader simplistic answers to life’s questions, and it tempers Ray’s misery with comic moments. By the end, although Ray finds it impossible to be truly off the grid, he does find his way back to himself. Readers will enjoy going with him on that journey."
—Rain Taxi

"You will get thirsty, and if you can muster up a fire in a fireplace, you'll be set."
—Black Sheep Dances

"Burning Down will appeal to those who have wondered what ditching our smart phones and laptops would do to make our lives less complicated. What geographically remote island could we retreat to for some peace of mind and, obviously, some world-class scotch?"
—The Santa Fe Writer's Project Quarterly

"A dramatic, thoughtful, and at times comic revisiting of (and attempt to escape from) Orwell's world."
—Kirkus Reviews

"Captures the stark and chill atmosphere of the small island, on which strangers are unwelcome and apparently very good whiskey is consumed in copious quantities."
—Booklist

"Ervin writes with skill and a penchant for the absurd . . . Very funny."
—Library Journal

"Who among us hasn’t felt the urge to flee the giant mess we’ve made of our life and just disappear off the grid, somewhere quiet where we can lick our wounds and regroup? In this hilarious black comedy, Ray Welter does just that, escaping a failed marriage and a soul-crushing career, and retreating to the remote island in the Scottish Hebrides where George Orwell wrote 1984."
—LitHub

“Burning Down George Orwell’s House is fiction as high-wire act, and Ray Welter is a nowhere man for the ages, going down and out in the shadow of the man himself. Ervin tosses up hilarity and horror, musicality and menace, with page after page of firecracker prose.”
—Marlon James, author of A Brief History of Seven Killings

“Burning Down George Orwell’s House is a wickedly funny novel soaked in wit and whisky as well as a poetic revelation on consumer living. Ervin ingeniously draws you into the disturbing world of Jura and its menacing inhabitants. I loved it.”
—Lisa O’Donnell, author of The Death of Bees

“Beyond being a vastly entertaining novel, cunningly observed and delicately flavored with the very finest Scotch whisky on the planet, Burning Down George Orwell’s House is a serious meditation on just how Orwellian our world has really become. Let Andrew Ervin help you imagine your way to a world beyond Big Brother.”
—Madison Smartt Bell, author of All Souls’ Rising

Andrew Ervin grew up in the Philadelphia suburbs and has lived in Budapest, Illinois, and Louisiana. He has a degree in philosophy and religion from Goucher College and completed his MFA in fiction at the University of Illinois at Urbana-Champaign. His writing regularly appears in The New York Times Book Review, USA Today, The Washington Post, The Believer, Salon, and elsewhere. He currently lives in Philadelphia with his wife, flutist Elivi Varga. He is the author of Extraordinary Renditions, a collection of novellas. Burning Down George Orwell’s House is his first novel.