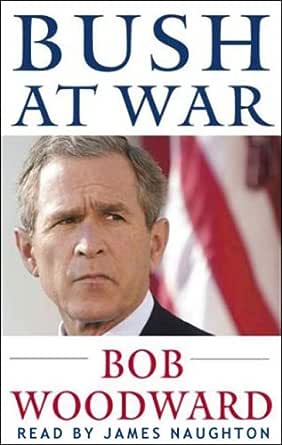 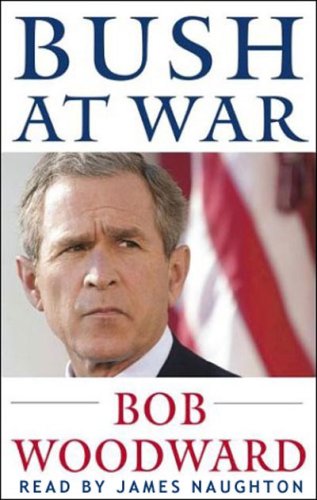 4.4 out of 5 stars
4.4 out of 5
226 global ratings
How are ratings calculated?
To calculate the overall star rating and percentage breakdown by star, we don’t use a simple average. Instead, our system considers things like how recent a review is and if the reviewer bought the item on Amazon. It also analyzes reviews to verify trustworthiness.
Top reviews

Richard R
3.0 out of 5 stars A Few Insights
Reviewed in the United States on January 10, 2004
Verified Purchase
Woodward offers up a few insights into the White House decision-making processes in the wake of September 11. He offers a surprisingly complimentary view of President Bush, sketching him as decisive, even if not always sure what he is being decisive about. Defense Secretary Rumsfeld is depicted as screechy and infantile -- territorial to a fault (once churlishly refusing to offer Air Force One a military escort until a few minutes before takeoff). NSA Condi Rice is conciliatory --personally the closest to Bush, but this book suggests that she probably deserves some of the criticisms she receives in the press for being unable to control a cabinet full of loose cannons and huge egos. Secretary of State Colin Powell takes his lumps from Bush and the rest of the cabinet. His moderation and diplomatic skills are viewed with suspicion by Bush as well as war-hawks Cheney and Rumsfeld, and they often drop leaks to the press and work behind his back to undermine and embarrass him.
Woodward got good access to people and documents, and the fact that Bush gave him lengthy and private interviews probably accounts for the book's kid-glove treatment of the president. That was likely Bush's strategy in giving the interviews: co-opt Woodward into saying nice things. The book does provide some useful chronological accounting, from the September 11, 2001 attacks on the US to the December 7 final victory in Afghanistan. There are details of conversations and White House meetings among the administration principals as the anti-Taliban and Osama strategy took shape and played out. There is also some 'epilogue' material on the rush to war in Iraq that emphasizes the precarious position of Powell in the policy-making process. A good book, interesting without being groundbreaking.

Richard A. Ellis
2.0 out of 5 stars Journalism as Gossip
Reviewed in the United States on January 27, 2003
Verified Purchase
Woodward's intent was to provide a snapshot of the post-9/11 year of the Bush administration by talking to as many insiders as he could and recording their on-the-spot actions and observations. This "fly-on-the-wall" approach has its merits and drawbacks, especially as practiced in this book. On the plus side, he seems to have had quite extensive access to the major players, although apparently much of the verbatim quotes from high level meetings must have been reconstructed afterward by the parties. He does provide some sense of the personalities of these figures, and how they interact with each other. I had hoped the book might provide some clue as to the rationale behind the policy, and while there is some analysis, it is mainly "personality-based."
The limitations of this approach are readily evident: Woodward is careful not to step on anyone's toes, and one cannot help but wonder whther this is because everyone was acting as competently as he portrays them, or whether his reporting is designed to facilitate future access to this administration, widely viewed by the press as paranoid about negative images. If journalism is the first draft of history, then I suspect this book will not be deemed very useful a few years out. There is no analysis or critique of the administration, and everything they tell Woodward is taken at face value. Minute and unimportant troop deployments are covered in as much detail as much larger issues. The book seems like an effort to picture Bush as "in charge" and acting competently, without any reflection on the wisdom of the direction they are taking the country. As the book ends in late summer 1992, there is virtually nothing on how Iraq became Enemy No. 1, or the policy reasons behind that switch. And Woodward has an annoying fondness for the one-sentence paragraph.
All in all, of the eight or nine books I have read touching on 9/11 issues, this was the least satisfying, but it was certainly not totally devoid of value. As a useful counterpart on how a seemingly competent, in-charge administration, fueled on hubris and a willingness to assert American power, can get us into a load of trouble, Halberstram's "The Best and the Brightest" is worth a read. The trouble now is that this crew is neither the best nor the brightest.

Amazon Customer
5.0 out of 5 stars These people are not to be trusted!
Reviewed in the United States on December 3, 2019
Verified Purchase
Enjoyable eye opener of the Middle East corruption bands of killers for hire!
Read more
One person found this helpful
Helpful
Comment Report abuse
See all reviews