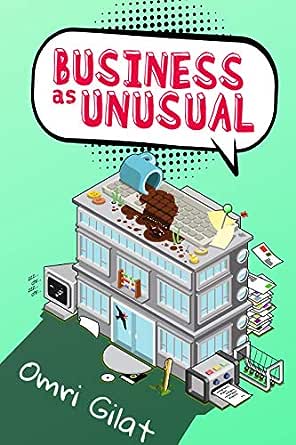 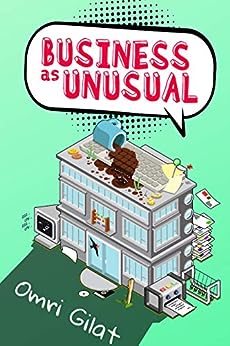 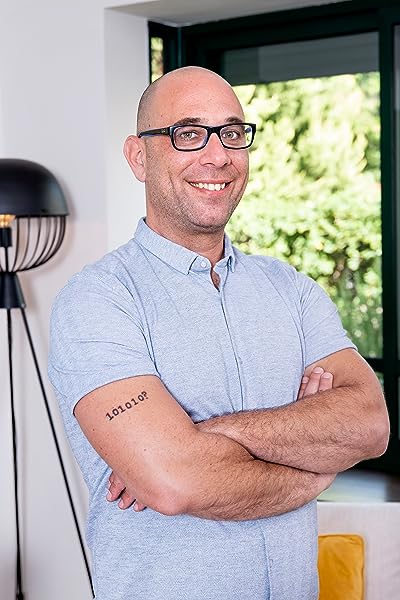 Over the years I have witnessed first-hand an obscene amount of general foolishness walking down the corridors of the Hi-Tech industry. As I felt the folly of it all is not always evident enough in other books on the subject, I decided to write this silly book myself.

4.6 out of 5 stars
4.6 out of 5
33 customer ratings
How does Amazon calculate star ratings?
Amazon calculates a product’s star ratings based on a machine learned model instead of a raw data average. The model takes into account factors including the age of a rating, whether the ratings are from verified purchasers, and factors that establish reviewer trustworthiness.
Top Reviews

Reyna
4.0 out of 5 stars I laughed out loud
Reviewed in the United States on July 8, 2020
Verified Purchase
As a reader, I'll snicker, think "that was funny," but rarely do I laugh out loud. This book made me burst out laughing a few times. If you've ever worked at a corporation, you'll also get the humor; if you've worked in IT, you will REALLY get the humor.
Read more
One person found this helpful
Helpful
Comment Report abuse

Sara Avrams
4.0 out of 5 stars Oddly funny
Reviewed in the United States on June 3, 2020
Verified Purchase
This book is odd yet funny at the same time.
Read more
One person found this helpful
Helpful
Comment Report abuse

Amos
5.0 out of 5 stars Wonderful
Reviewed in the United States on March 31, 2020
Verified Purchase
This story is every Highteck employee's dream! I enjoyed the book very much and couldn't wait for my husband to read it as well. He also loved it.
Read more
Helpful
Comment Report abuse

Grady HarpTop Contributor: Children's Books
HALL OF FAMETOP 100 REVIEWER
5.0 out of 5 stars ‘The truth is I’m not a programmer. I’m an assistant tester’…
Reviewed in the United States on January 22, 2020
Israeli author Omri Gilat has held significant roles in the HI-Tech industry in both the US and Israel, and has written this novel to offer an insider’s viewpoint about the atmosphere and challenges of the now popular industry.

Poking fun at near ‘sacred institutions’ such as the omnipresent Hi-Tech influence that appears to be shaping our world – our lives, our communication, our intimacy, our finances, our politics and on and on – is a daring major ‘Tweet’ (to carry the imprint even further!). Comedy, the finest form of the art, is at its best when based on fact – and that is precisely what Omri Gilat has mirrored in this wonderful parody.

Accompanying his novel with fun cartoon images (such as the ‘self portrait” of the main character Shuki on the opening page) and keeping the dialogue light and very contemporary allows the reader to experience the tale as if first hand. A quick taste – “You are unstoppable…if you only believe in yourself, you will easily fulfill all your dreams…you are a superhero just waiting to break out…today is the first day of your great change” The announcer’s pleasant voice was speaking out of the alarm clock app. Shuki Levi opened his eyes and thought to himself how he had made the right decision to replace the default alarm tone with quotations from the best book he had ever read in his life (which he had recently begun to read again, for the sixth time, and had even ordered the five sequels) – The Ultimate Guide to Success in Hi-Tech and Life in General by Joseph Adams, or as Shuki liked to call it himself – The Guide to Success in Life, or, if time was short, just The Guide…’

Shuki has become an ally to the reader, and his story follows as condensed by the author – ‘ When Shuki, a young software tester, realizes his career has reached a dead end at the company he works for, he decides to resign and venture out on a business of his own. Shuki is joined by a new CEO with a very problematic background in the industry. Together they set off on a challenging journey, hoping to hit it big and become millionaires. The idea behind this new start-up is mind-blowing, but its execution turns out to be technically unfeasible. Nothing, however, keeps them from coming out with bombastic announcements, which will need to stand up to the scrutiny of the entire world. Will they achieve glory and amass huge fortunes, or will the bubble burst in their faces?’

Making satire so real we can experience it is a gift – and Omri has mastered that rara avis in his first book. At once hilarious and thought provoking, THE BUMBLING BUYOUT allows us to see the Hi-Tech world from a new stance, and entertains us roundly while learning! Recommended. Grady Harp, January 20
I voluntarily reviewed a complimentary copy of this book

whatworks
4.0 out of 5 stars I feel interesting but a bit weird
Reviewed in the United States on January 27, 2020
This book tells a story about a programmer founded his own start-up company in the hi-tech industry. But the whole idea his company was based upon, was a bit weird to me, I honestly feel so. And his company didn't end well as I suppose. I barely know anyone working in hi-tech, so I don't know what's their everyday work or life is like, this book described a fairly bizarre world in my opinion. Their working attitude, relationship with team leader and co-workers are so different from what I'm familiar to. Well, it's an interesting story, the author writes it with his humor, I learned something about the people in hi-tech, it's worth it.
Read more
4 people found this helpful
Helpful
Comment Report abuse

Piaras
VINE VOICE
5.0 out of 5 stars A very enjoyable and entertaining read.
Reviewed in the United States on January 20, 2020
Author Omri Gilat weaves a fun-filled humorous fiction with interesting twists and turns that will easily captivate the reader’s attention from the beginning. The author paints a witty and entertaining yarn in a very vivid and convincing way. In addition, the characters are drawn with great credibility and conviction.

I enjoyed the story, character development, and dialogue. There were plenty of interesting twists and turns that I didn’t see coming and that added to the book’s mystique. When I stopped reading to work, I found myself wondering what happened in the book, and replaying parts of the novel in my head to see if I could figure more out. It has been a while since I enjoyed a book this much. It’s a well-written story with perfect pacing.

The Bumbling Buyout flows from scene to scene with ease, and the author shows exceptional ability when it comes to storytelling. It’s one of those books that come along occasionally that makes you want to read it non-stop until you get to the end. I’m giving nothing further away here. And this, I hope, will only add to the mystery and enjoyment for the reader!

A highly recommended read and a well-deserved five stars from me. Looking forward to reading more from Omri Gilat in the future.
Read more
One person found this helpful
Helpful
Comment Report abuse

asaf
5.0 out of 5 stars Definitely recommended
Reviewed in the United States on January 18, 2020
If you are before, after or during your startup,
If you are an entrepreneur who dreams of doing it,
If you're jealous of your startup friends,
You must read this book.

But if you're none of those, like me, you should read the book so you know what you're missing.