Busted and millions of other books are available for Amazon Kindle. Learn more 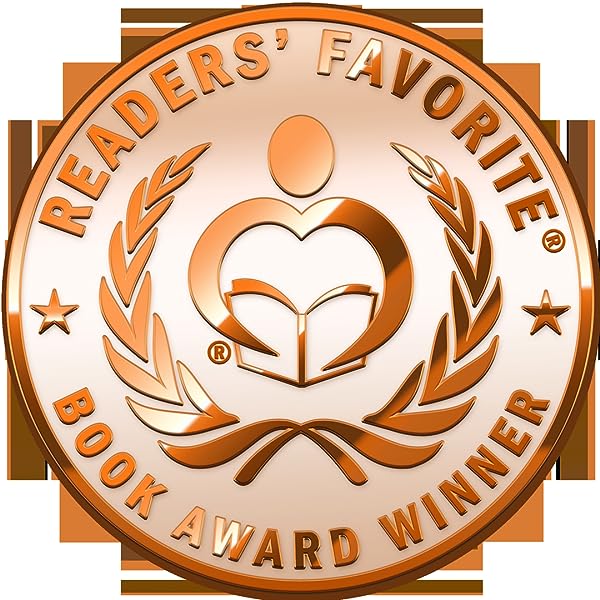 "Busted," by Michele I. Khoury, is a well-written and exceedingly heartfelt debut novel about cocaine and its abuse. What separates Khoury's work from other similarly-themed volumes are found in her characters' thoughts and exploits when it comes to legalization. Never a simple issue, Khoury's characters are human and conceived as though the author is personally familiar with each. As such, the answers to the related, difficult, and interconnected journeys of her three main characters will have readers questioning their own biases. This is a brave work, part "Traffic," part "Magnolia," all original. Kudos to this author for a gutsy, profound effort. "Busted" heralds the arrival of a bold new voice.
--Joel Eisenberg,
Hollywood Producer and Award-winning Author

A fast-paced, often thrilling tale, with the economic plight of an artist living in a high-rent neighborhood as an unexpected bonus.--Kirkus Review

Reviewed by AryaFomonyuy for Readers' Favorite
Busted by Michele I. Khoury is a riveting story withcharacters that readers will enjoy. Twenty-four-year-old artist Gina McKenna isliterally broke and she is about to spend the last of what she had left when arich businessman buys one of her paintings and asks her to do more. She isslowly sucked into his world of wealth and opulence and, when she falls forhim, she discovers that Miguel Lopez is a ruthless drug lord and he killsanyone who comes between him and his business.

A new player comes into the game, DEA Special Agent Bobby Garcia, who has beenlooking for any means to bring down the mastermind behind the drug distributionnetwork in Southern California, a mission that quickly turns personal with theoverdose of his teenage daughter. There is a lot waiting for the reader in theplot as relationships become complex and dangers multiply. Who will be leftstanding when the curtain falls?

Michele I. Khoury's novel is a gem, the kind of story for readers who lovesuspenseful plots, character-driven writing, and well-developed conflicts inwhat they read. I loved the cast of characters and Gina is well-thought out anddeveloped with mastery. The reader will love the role she plays in the storyand how she evolves through it. Yes, there is content for mature readers likesteamy sex, violence, and foul language. The story is fast-paced and absorbing,the writing balanced, with impeccable world-building. Busted is a page-turner,as exciting as it is entertaining.

Michele I. Khoury, an award-winning entrepreneur in the technology industry, lives in Orange County, California with her husband and two rescued dogs, Bubbles and Thriller. While attending the University of California Irvine's Beginning, Intermediate, and Advanced Novel Writing program, she created, "Busted."
For more information, please go to Michelekhoury.com.
Read more
Start reading Busted on your Kindle in under a minute.

4.9 out of 5 stars
4.9 out of 5
59 global ratings
How are ratings calculated?
To calculate the overall star rating and percentage breakdown by star, we don’t use a simple average. Instead, our system considers things like how recent a review is and if the reviewer bought the item on Amazon. It also analyzes reviews to verify trustworthiness.
Top reviews

JoJo Maxson
5.0 out of 5 stars Criminal suspense with a touch of love!
Reviewed in the United States on May 21, 2018
Verified Purchase
I found Busted a sweet love story, but the criminal suspense is what hooked me on this book. Michele Khoury writes about Gina McKenna, a painter who is following her passion instead of putting it on a shelf. Gina’s gift is capturing the moods and tones of the ocean and when Jason happens to see her painting, he is smitten by both. Gina becomes his downfall and Jason becomes her strength, but all in explosive proportions.

Michele Khoury not only did an excellent job developing the characters in Busted, but she also did her share of research so Busted comes across realistic. I was terrified for Gina when she went to jail. Getting caught up in a drug raid would be terrifying; Michele Khoury portrayed Gina’s fictional experience woven with what genuine accuracy. I also enjoyed reading of the struggle artist’s face when needing to make their passion support them. Gina’s creativity in finding some way to finance her was ingenious.
Read more
Helpful
Report abuse

Tina Hogan Grant
5.0 out of 5 stars fast suspenseful page-turning read
Reviewed in the United States on October 27, 2017
Verified Purchase
The cover of the book is extremely appealing. The colors used are soft on the eyes but also captivating. The title “Busted” clearly stands out from a distance.
I was drawn into the story, by the second page, with the mention of a twelve-year-old boy high on cocaine. I wanted to know more. The reader is first introduced to “Gina”, with a little bit of history about her and whey she is almost penniless.
I liked the short chapters and how each chapter was solely about one character, allowing the reader to connect with them as the story unfolded.
This is a fast suspenseful page-turning read, with continual surprising events unfolding that keeps the reader on the edge of their seat. Many action scenes, keep the story exciting, along with some strong sexual content.
This book showed me another side of beautiful Orange County that I didn’t believe could exist. Drugs are not just a problem in the poor neighborhoods, but the wealthy upscale ones too. And where there are drugs, violence and danger are sure to follow.
For me the ending was predictable, but it didn’t take away the enjoyment or the thrill of reading the story. The journey was an exciting ride.
Read more
Helpful
Report abuse

Jimmy ray
5.0 out of 5 stars Fast paced thrill ride
Reviewed in the United States on May 9, 2018
Verified Purchase
This is a fast paced thriller that keeps you on edge from the first page. A story engrossed in love, power, and cocaine that gives you a view into this exotic expense lifestyle that sees murder as an easy solution to many problems. A drug kingpin meets a down on her luck artist and sparks begin to burn. Gina discovers Miguels job and must decide what to do. As she struggles to choose, the DEA agent in charge finds his daughter has overdosed on the cocaine dotarubted by Miguel. The pace quickens as the wheels have been set for a collision between good and evil. Will our agent advenge his daughter or uphold justice? Will Gina and her live interest survive the war? Great story and a fun read for everyone. Check this one out folks. It is a real page turning thriller.
Read more
Helpful
Report abuse

RKHawaii
5.0 out of 5 stars Could Not Put This Book Down!!!!
Reviewed in the United States on February 28, 2020
Verified Purchase
What an incredible story! This book was one I couldn’t put down! Set against the backdrop of glamorous Newport Beach, this book had it all: Drugs, art, innocence, criminals, jail, and some steamy love scenes that truly made me blush. The character development was incredible—I felt like I truly knew every character!!!! The author expertly wove this story through the perspectives of its characters taking the reader on a wild ride from the yachts in Newport Harbor, to the skies en route to Catalina Island, to the depths of the Orange County jails. It was unpredictable and just a thoroughly enjoyable read. FIVE STARS!!!!
Read more
Helpful
Report abuse

KKS
5.0 out of 5 stars Captivating and educational!
Reviewed in the United States on December 15, 2017
Verified Purchase
What an intriguing and captivating novel. I was immediately drawn in by the characters, and their stories, and loved how so many people and circumstances intertwined. I learned a great deal about the drug industry, and how close to home it is, as well as how easy it is for people from all walks of life to get sucked up in it. It was a quick read, hard to put down, as each chapter flowed between characters. Since finishing Busted, it's really kept me thinking about the state of the drug industry, especially in Orange County.
Read more
Helpful
Report abuse

Virginia H.
5.0 out of 5 stars Engrossing and intense--with feeling!
Reviewed in the United States on June 3, 2017
Verified Purchase
"Busted" is an engrossing novel which confronts the complex and devastating issues around drug trafficking and addiction. In addition to a well-researched and intense story line, the author connects to the feelings of her characters, and in so doing she activates strong feeling responses in her readers--from excitement in a scene of intimacy to warmth and tenderness toward hospitalized children. The book is a "must read."
Read more
Helpful
Report abuse
See all reviews
Back to top
Get to Know Us
Make Money with Us
Amazon Payment Products
Let Us Help You
EnglishChoose a language for shopping. United StatesChoose a country/region for shopping.
© 1996-2021, Amazon.com, Inc. or its affiliates