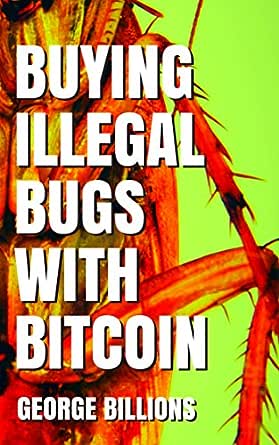 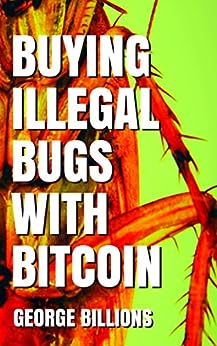 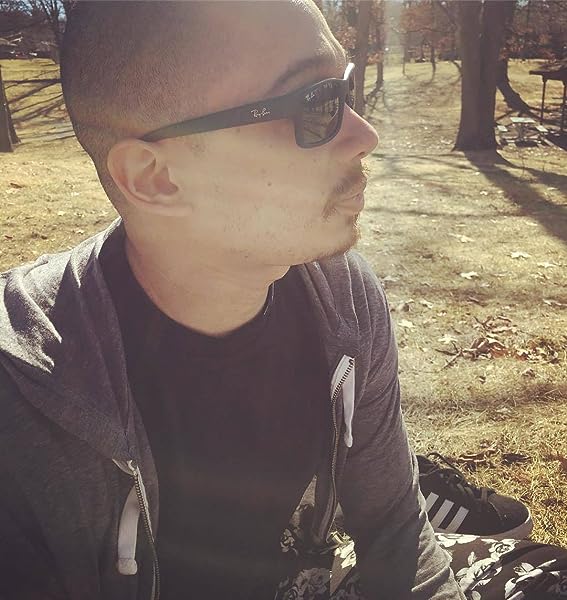 NJMetal
5.0 out of 5 stars More Buggy. Less Bitcoiny. All Awesome!
Reviewed in the United States on June 24, 2018
Verified Purchase
An amazing, action packed techno crime noir thriller... with bugs! And that's not even what I expected when I picked this book up. I got far better.
I bought George Billions BUYING ILLEGAL BUGS WITH BITCOIN because I've developed an interest in cryptocurrency. I was expecting done sort of dark net conspiracy story. Instead, this book provides a fresh take of edgy techno thrill blended with classic crime noir. A modern day masterpiece with a certain Palahniuk flair to the whole affair.
This is easily a candidate for favorite read of 2018. There is no reason why anyone would puck up this book and not be blown away by it. Even if you are squeamish about bugs. Especially if you're squeamish about bugs.

Kristen Snow-White
5.0 out of 5 stars It's Nearly Impossible...
Reviewed in the United States on February 19, 2018
Verified Purchase
...to put into words how much I enjoyed this book. There are only 5 stars or I would have given it an "11." I laughed, cheered, got a bit nauseated -- arachnophobe here and Mr. Billions allowed me to SEE, in my mind's eye, exactly what he was describing -- it was dark and funny, crazy, entertaining and educational, but NOT in an "I-wish-I-could-tune-this-crap-out" kind of way.

Mr. Billions has a way with words. When introducing a new character, I could "see" them, but he never went overboard. Not once did I think, "I get it, OK. Move on already!" NOT ONCE! It was a page turner (Kindle-style) and I wouldn't hesitate to recommend "Buying Bugs w/Bitcoin" to anyone and everyone who enjoys this genre. This book would make for an excellent season of "Face Off" on the SyFy Channel. Hey, MacKenzie Westmore follows me on Twitter... Let's ponder that!

The bottom line; I didn't want it to end.
Read more
One person found this helpful
Helpful
Comment Report abuse

John Raptor
5.0 out of 5 stars Equal parts quirky and disturbing
Reviewed in the United States on August 24, 2018
Verified Purchase
Equal parts quirky and disturbing, Billion's book follows a small time pot dealer who gets wrapped up in the world of the darknet, bitcoin, crooked cops, neo-nazis, and illegal bugs. If insects make you squeamish, you might want to AVOID. The book is brimming with body-horror, lots of gore and action, and dark humor. Plus, the author is from the Midwest--he even drops an I-94 reference. I love reading work by Midwestern authors.
Read more
Helpful
Comment Report abuse

Kirk Jones
5.0 out of 5 stars Top-Tier
Reviewed in the United States on July 29, 2018
Verified Purchase
Keep this guy on your radar. I just heard about him last year, and this book nailed it out of the park. A sort of sci-fi/horror crime thriller. This books goes where it has to in order to tell the story, and it is done wonderfully.
Read more
One person found this helpful
Helpful
Comment Report abuse

Scrapper
2.0 out of 5 stars meh
Reviewed in the United States on June 25, 2018
Verified Purchase
Did not hate it. I would have to really felt moved by this slight book in order to hate it. This book is an anemic John Dies At The End.
It went to file 13 to never be read again.
Read more
Helpful
Comment Report abuse

Tommy S
5.0 out of 5 stars I loved this book.
Reviewed in the United States on December 14, 2017
Verified Purchase
If Troma produced a Philip K Dick story that Tarantino directed sounds like a movie you'd get into, you'll love the hell out Buying Illegal Bugs with Bitcoin. I know I did. It is hilarious, exciting, original, and well told.

Dark comedies like this can be tough because you need to believe in and empathize with the characters to care about how they end up, but Billions voices the narrator's sympathetic ne'er do well slacker ethos perfectly and sweetly -- you really do want everything to work out, even when you know it probably won't and, more importantly, even when almost nobody in the story deserves a happy ending.

The author continues to be an irreverent, almost subversive, true master of storytelling to keep an eye on and definitely keep reading.

Final note: Watch out for his trademark subtle, casual, almost throwaway joke style. The punches are so last second and unexpected you'd think they're accidental if they weren't so consistently cadenced and expertly delivered. If you're anything like me, you'll find yourself highlighting them for dedicated later LOL appreciation.
Read more
3 people found this helpful
Helpful
Comment Report abuse
See all reviews from the United States

Phronk
5.0 out of 5 stars My favourite book about buying illegal bugs with bitcoin
Reviewed in Canada on March 30, 2019
Verified Purchase
I heard about this book from Mr. Frank on the Bizzong podcast, who named it his favourite bizarro novel of the year. Mr. Frank has good taste.

George Billions has a sort of effortless style that makes the novel easy to read as it moves along at a good pace. I think “pace” applies differently to the bizarro genre. Bizarro stories risk blowing their loads too early, starting off with an outlandish premise, which makes for a flat arc where it’s just weird followed by more weird.

I prefer what Billions has done here, which is to start with a rather innocuous stoner predicament and a trendy topic rooted in the real world, then gradually ramping up the weirdness.