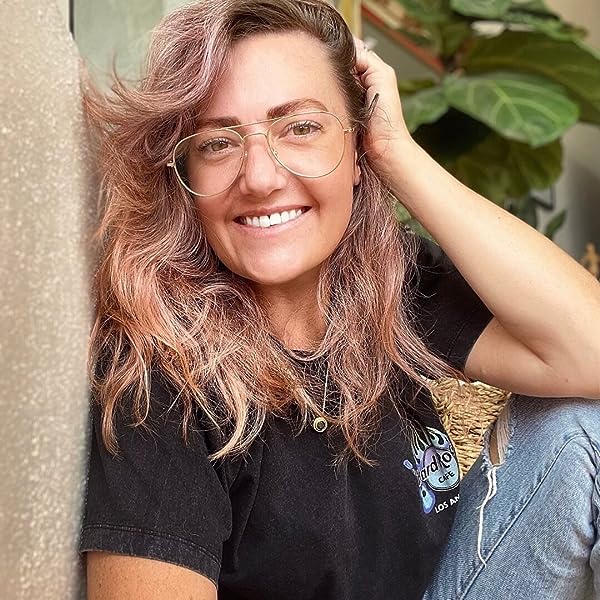 by TJ Hamilton (Author)
4.7 out of 5 stars 6 ratings
Book 1 of 1: Thyme Trilogy
See all formats and editions
Sorry, there was a problem loading this page. Try again.

Miranda is a high-class escort at an infamous agency, and always in demand from their top clients. Although it’s a life she never imagined for herself, Miranda has mastered the art of seducing men and makes a good living from it.

Joe Tench, rich, powerful and alluring, owns the majority of the nightlife in Sydney and is a regular client of Miranda’s. He’s demanding, dominating and damngerour but Miranda finds herself falling for his unexpected yet enticing charm.

That is, until she meets the mysterious Tom Smythe, heir to a wealthy mining company, and becomes caught between her feelings for these two very different men.

But neither is what they seem, and when tragedy forces Miranda to embark on a journey of discovery she will find it difficult to escape. What price will she pay for freedom?

A fascinating and fast-paced story about Sydney’s adult entertainment underworld, from the pen of a former police officer and sex worker.
Read more
Previous page
Next page

TJ is a former cop, turned writer who uses her first-hand experience of working the city streets of Sydney, to now write sexy stories of mystery and intrigue. Her head has been buried in crime since studying criminology at university over a decade ago, and she just can't seem to shake her fascination with the macabre. TJ now lives a quiet life in the tropics with her hand-some husband and kids where she writes a weekly column for her local newspaper, and spends her days re-living the action packed life she may have once had through her strong fictional characters.

TJ is an award-winning Australian author, print journalist, and television screenwriter and one of Australia's most sought after researchers and technical consultants on scripted television dramas.

In 2015, TJ won the coveted Scarlet Stiletto Award with the Sisters in Crime and is a hybrid author, both in traditional publishing and as an independent author.

Her early curiosity about crime started with the study of criminology at Griffith University, which further lead TJ to become a sworn officer of the New South Wales Police Force. Fifteen years later, TJ is furthering her knowledge by completing a Master's degree in criminology.

TJ's body of work in television features on your favourite streaming and free-to-air networks, and her investigative stories have featured in Sydney's Daily Telegraph and Sunday Telegraph —you can also find her guest lecturing at Australia's leading film school, the Australian Film, Television, and Radio School (AFTRS).

Cristal
5.0 out of 5 stars Absolutely FABULOUS!!!!!
Reviewed in the United States 🇺🇸 on March 8, 2014
Verified Purchase
Miranda (leading lady) is amazing!!! This book is amazing, I couldn't put it down...as soon as I finished it, I wanted to know the rest. The story is amazing, it has everything from the oozing sex to an extraordinary characters. I am in awe!!!!!
Read more
One person found this helpful
Helpful
Report abuse

stevic
5.0 out of 5 stars Loved it
Reviewed in the United States 🇺🇸 on June 28, 2013
Verified Purchase
This trilogy is a must read, can't wait for book 3. After reading this first book, You Can Call Me Miranda is the next one to read so you can get a real insight into the character.
Read more
Helpful
Report abuse

Jo Durand
5.0 out of 5 stars Really got me hooked
Reviewed in the United States 🇺🇸 on July 16, 2013
Verified Purchase
It took a bit to get into this book but by a third-way through, I couldn't put it down - a great read. Looking forward to number 2.
Read more
One person found this helpful
Helpful
Report abuse

Sydney is also a character in this story, with specific detail that will speak to residents and visitors, bringing a whole new view on the city with the famous Opera House. Also the incorporation of multiple characters from different cultures is very true to the city, and provided a nice slice of life that was very realistic and honest. While the sex trade does play a large part in the premise and the construct of this story, most is handled with a deft hand and feels less `dark underbelly', partly due to Miranda's very succinct and concise approach to her position, and the well-written sex scenes that don't venture into the overly raunchy while maintaining their steam factor.

Secondary characters are well drawn and introduced with solid voicing and traits that allow them to be distinct and relevant in their input and interactions: every character has admirable and not so admirable traits and beliefs keeping us out of the territory of total fantasy and providing characters that are easy to understand, even if relating to them is too much to expect.

Hamilton has started a series that will have many fans. Even with the slow starts and occasional dragging as scenes are established, the supposed allure of this career choice are clearly defined and exampled, and give a sense of the reasons why it would be an option for some.

I received an eBook from the Smexy Fab Four for purpose of honest review. I was not compensated for this review: all conclusions are my own responsibility.
Read more
One person found this helpful
Helpful
Report abuse

Kindle-klant
3.0 out of 5 stars I’d love to give this book 3
Reviewed in the United States 🇺🇸 on July 30, 2015
This is a difficult one to grade. 4 stars means I can’t put the book away but in the first half of the book I had no problem with putting it aside. The second half however kept me captivated. I just couldn’t put it down and really wanted to finish it which meant finishing it at almost 2 AM. I’d love to give this book 3.5 stars but unfortunately that’s not possible so I’m giving it 3 stars.

Miranda : She is an escort but also so much more! She is a very smart, funny and loyal woman.

Tom : I love him! He is the perfect gentlemen and doesn’t take advantage of Miranda and behaves as a ‘good friend’. Halfway through the book I had my suspicion about him and in the end it turns out to be right

Joe : He is completely enchanted with Miranda. In the beginning I really liked him and hoped it would work out them but later in the book we meet his dark side. Why Joe why? The sex scenes were very hot!

Charlie : Miranda’s gay friend is great! I want a Charlie for myself… I hope to read more about him in the next book.

Following on this book there are 2 more : Making Thyme and Keeping Thyme. I bought them in a complete set which also includes the book “You Can Call Me Miranda” which is prequel to the series. Since it is at the end of the Trilogy I decided to wait until then to read it. I’m already enjoying part 2 “Making Thyme”.
Read more
Helpful
Report abuse
See all reviews