You've subscribed to The Honeybee Mysteries! We will preorder your items within 24 hours of when they become available. When new books are released, we'll charge your default payment method for the lowest price available during the pre-order period.
Update your device or payment method, cancel individual pre-orders or your subscription at
Your Memberships & Subscriptions
There was an error. We were unable to process your subscription due to an error. Please refresh and try again. 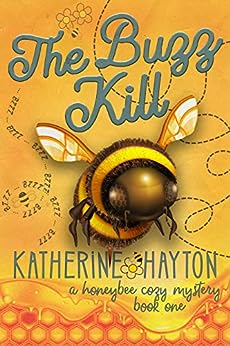 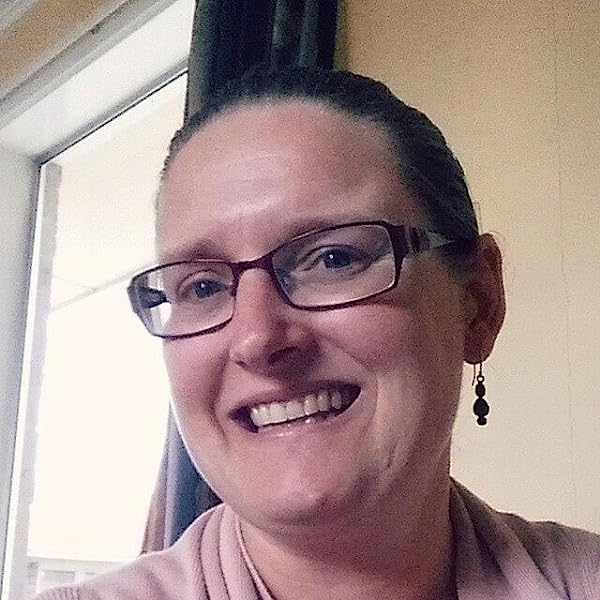 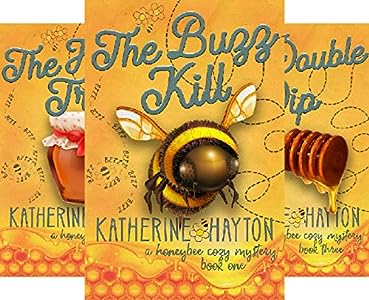 4.3 out of 5 stars
4.3 out of 5
101 global ratings
How are ratings calculated?
To calculate the overall star rating and percentage breakdown by star, we don’t use a simple average. Instead, our system considers things like how recent a review is and if the reviewer bought the item on Amazon. It also analyzes reviews to verify trustworthiness.
Top reviews

Beckett ShionaTop Contributor: Pets
3.0 out of 5 stars Leaves the reader hanging
Reviewed in the United States on September 14, 2019
Verified Purchase
I tend to resent even mild cliffhanger endings that leave the reader in limbo, forced to buy the next novel if she wants to know what happens. And this book, despite being nicely written and edited, does just that. I felt as if the final two plot points (spoiler alert!), the main character's talk for the schoolchildren and what happens to her dog, were just tagged onto the ending to force the reader into getting the next book.

The book itself was rather short, and, except for the protagonist, there is very little character development throughout. The plot seemed, well, a little discombobulated--flurries of assumption and activity, much like the main character's thought processes. As the relative of an Asperger's person, I found some of the protagonist's behaviors both familiar and uncomfortable. That made reading the book both discomfiting and enlightening, but it did provide me a new window into my relative's thought processes. So, overall, not a bad read, but I doubt I will continue with the series, and definitely not swiping this into my "Reread Someday" collection on my Kindle.
Read more
6 people found this helpful
Helpful
Report abuse

Mary Moon
5.0 out of 5 stars A gem!
Reviewed in the United States on August 2, 2018
Verified Purchase
I happened upon this new book by chance, and im so glad. Ive loved all of Katherine Hayton's books,and this was no exception! I love the lead character, and her challenges, and how that was dealt with in this story.The twists in the plot were terrific, and i was still surprised at the ending. Highly recommended. Bravo Katherine!
Read more
7 people found this helpful
Helpful
Report abuse

Kindle Customer
5.0 out of 5 stars A Smooth Mystery
Reviewed in the United States on August 4, 2018
Verified Purchase
This is a bit different than the average light my. It has intrigue, mystery and suspense. However, Alice is not a typical heroine. There is a gentleness and introspection to her. While this is a fast read, it is a gentle, smooth read.
Read more
5 people found this helpful
Helpful
Report abuse

Tari H.
5.0 out of 5 stars What an awesome main character, learned some things about bees too
Reviewed in the United States on April 15, 2020
Verified Purchase
This was such a sweet (no honey pun intended, honest!) mystery featuring Alice, a very nice woman who had discovered in her 40s that she was autistic. She loved bees and was a beekeeper and relocater of hives. When a dead man was discovered as the apparent victim of multiple bee stings, Alice couldn't believe her beloved bees could do that unless they'd been badly provoked or the guy was pushed into their hives.

She dug into the case with tenacity, but there was a good twist at the end regarding the murder and the killer. I'll be interested in reading the next books. This was a nice, light and quick read. I learned a few things about bees and was impressed that it wasn't presented as technical, just how everyday people would understand about them. I liked that about Alice (and her author!).
Read more
Helpful
Report abuse

VoraciousReaderTop Contributor: Pets
3.0 out of 5 stars Quick read, as billed
Reviewed in the United States on September 1, 2019
Verified Purchase
Quick read, as billed. Alice is an autistic apiarist who also co-runs a honey-themed bakery with the products from her bees. When her bees are deemed the culprit in a man's murder, she is determined to clear them so that the police will get off the bees' home turf and leave them be. (**spoiler alert)Not being a detective, Alice bebops around from suspect to suspect, in fact blaming several before the victim turns up quite alive (identity swap).
Says no cliff hangers, but what about Chester?!
Read more
2 people found this helpful
Helpful
Report abuse

Janice Leilani
5.0 out of 5 stars A different point of view
Reviewed in the United States on December 17, 2019
Verified Purchase
Alice Townsend, the heroine of this story has Aspberger's Syndrome. Each person perceives the world differently than everyone else but as we read Alice's perceptions and small details she notices that so-called normal people might miss we can appreciate that people we might see as different still have a lot to contribute. Detective Sergeant Hogarth recognized that Alice was different, and that she could help with catching a killer. The investigation took some unexpected twists and turns, but that made the reading interesting.
Read more
Helpful
Report abuse

Kindle Customer
5.0 out of 5 stars Great read grabs ya from the start
Reviewed in the United States on September 7, 2018
Verified Purchase
Sad about the partial cliffhanger
T hey caught the criminal of course however left the fate of the dog in the wind
Thank you
Read more
3 people found this helpful
Helpful
Report abuse

Laurel
2.0 out of 5 stars Awkward reading
Reviewed in the United States on November 20, 2020
Verified Purchase
First thing I did after finishing this book was take headache meds. I honestly got the headache reading. Since this takes place in the UK, I totally understood words like shout some honey, & other words. What gave me fits was measurements & baking temperatures were "American". The Autism was way too strong, and put me on edge.
Read more
One person found this helpful
Helpful
Report abuse
See all reviews

Ann Stanmore
5.0 out of 5 stars A good read
Reviewed in the United Kingdom on September 11, 2018
Verified Purchase
Poor Alice, she has so many problems.

Were her bees used as a murder weapon?
What about Alice's elderly dog Chester will he be alright?

Find the answers in this story and enjoy the process. A good read.

Ms. J. E. H. Davis
5.0 out of 5 stars Really enjoyed this book
Reviewed in the United Kingdom on September 14, 2018
Verified Purchase
It was great to read about Christchurch after the earthquake. We saw some of the damage last December. It was also great to have a protagonist who is autistic. Three of my great nephews are also autistic and it helps to understand how their perceptions work. A very interesting read.
Read more
Report abuse

Katypear1
5.0 out of 5 stars An Asperger's bee keeper who investigates a murder.
Reviewed in Canada on August 12, 2019
Verified Purchase
The whole thing was great! I found it hard to put down.
Read more
Report abuse

Kindle Customer
5.0 out of 5 stars Loved this book
Reviewed in Australia on August 25, 2019
Verified Purchase
It was entertaining and could not put it down.
I will be looking for more in this series to read.
Read more
Report abuse
See all reviews