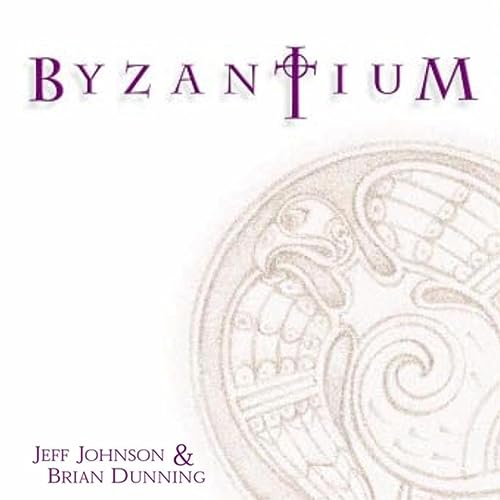 Jeff Johnson & Brian Dunning
August 15, 2000
4.8 out of 5 stars 14 ratings
See all 8 formats and editions Hide other formats and editions
Buy the CD album for $16.98 and get the MP3 version for FREE.&nbspCD album ships from and sold by Amazon.com. Terms and Conditions. Does not apply to gift orders. Complete your purchase of the CD album to save the MP3 version to your Music Library.

Eric Wilson
5.0 out of 5 stars Tops their Song of Albion Set
Reviewed in the United States on September 24, 2001
Verified Purchase
I had the privilege of watching Jeff Johnson and Brian Dunning perform some of this music live. Their artistry and musical ability was stunning. Songs that sound smooth and well-rehearsed on the CD came alive with even greater passion on stage. Watching Brian's fingerings and switching of wind instruments was as impressive as any guitar solo I've seen at a rock concert. I had chills through some of the set.
But if you can't catch them live, this CD is the way to go. With haunting and soaring tunes, with deep and mysterious tones, these two craft a masterpiece. These songs have the power to bring tears and heartfelt praise. Although they are a perfect complement to Stephen Lawhead's novel "Byzantium," they are songs to be enjoyed alone. From the electric cello sounds of "Sea Wolves" to the Turkish chant at the beginning of "Byzantium (Golden City)" this is an album that surprises without being jarring, that soothes without being melodramatic. I love every moment of it.
Read more
6 people found this helpful
Helpful
Report abuse

DG
5.0 out of 5 stars Love
Reviewed in the United States on April 1, 2014
Verified Purchase
Exceptional sample of Jeff Johnson and Brian Dunning's musicality. Wonderful tracks, great music, plus a "hidden track" at the end of the last song. I love this CD.
Read more
Helpful
Report abuse

Greenleaf Faerie
4.0 out of 5 stars A nice offering by Johnson & Dunning.
Reviewed in the United States on December 11, 2013
Verified Purchase
Not my favorite Johnson & Dunning work, but still worth a look. I find I don't get as carried away with the music as I do with some of their other music. Still recommend, though.
Read more
Helpful
Report abuse

Joyce Summers
5.0 out of 5 stars Wonderful Music
Reviewed in the United States on January 5, 2013
Verified Purchase
An excellent album to add to a person's Celtic music collection. It offers a sense of that period of time and the cultures that existed then.
Read more
Helpful
Report abuse

Brianna Neal
5.0 out of 5 stars Intriguing, questful music!
Reviewed in the United States on November 30, 2002
These compositions are based on Stephen R. Lawhead's novel "Byzantium", which concerns a group of Celtic monks traveling to far Byzantium, bearing the Book of Kells. Hopeful, expectant "wandering music" is tinged with mystery and mixed with eastern motifs. This release maintains Johnson and Dunning's gentle touch, but it has a more exotic, driving and deeper tone than their earlier CD, "Music of Celtic Legends: The Bard and the Warrior", also inspired by the work of Lawhead. The evolution is compelling though, and eminently suitable to the story. These compositions contain more vocals and acoustic instrumentation too, including John Fitzpatrick on violin, the chanting of Janet Chvatal, and Omar Faruk Tekbilek on percussion and vocals. Particularly intriguing is the innovative and rousing "Sea Wolves", a dissonant duet between violin and flute reminiscent of modern chamber music, set above a rousing, steady drum rhythm. And Dunning does some really nice, varying work on his flutes on this CD, from biting and breathy "Jethro Tull" style techniques to the deep, haunting effects of what sound like alto and bass flutes. If you like storytelling music, check out also the compelling "Avalon: A Celtic Legend" and "Music Inspired by Middle Earth" by Diane and David Arkenstone, and the passionate "A Celtic Tale: The Legend of Deirdre" and "A Celtic Romance: The Legend of Liadain and Curithir" by the Danna brothers.
Read more
4 people found this helpful
Helpful
Report abuse
See all reviews