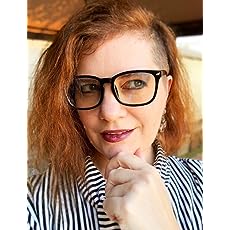 C.C. Luckey writes uniquely imaginative and eerie stories influenced by her studies for degree in Philosophy. Prior to beginning her writing career, she spent many years working as a costumer for a variety of productions ranging from volunteer theater troupes to Hollywood feature films. As a multi-talented actor and musician she has had many unique experiences including performing on stage to sold-out Los Angeles amphitheaters, extensive cross-country travel, and playing live music to an audience of millions on national television. She lives in Long Beach, California in a 103-year-old house with her husband and two corgi dogs, and plays rock and folk accordion. Follow C.C. Luckey at www.ccluckey.com for free content, information on how to become part of a limited advance reader team, and updates on new releases. She can also be found on Facebook at @ccluckey and Twitter @ccluckey_author.
Read more

Help us improve our Author Pages by updating your bibliography and submitting a new or current image and biography.
Learn more at Author Central
1 11 1
Previous page
Next page
Titles By C C Luckey
All Formats Kindle Edition Paperback Sort by:Popularity 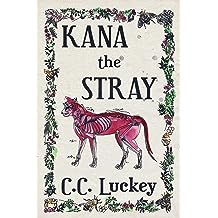 The fate of a world that is not her home rests upon the shoulders of Kana Kobayashi, the last human.

Kana wasn't special. Maybe she'd never amount to anything, or even get off the streets. And maybe that was okay. Life was hard, but at least she knew her place, and she knew how to get by.

Plunged without warning into the Kingdom, a land of talking animals built on the ruins of an ancient civilization, she must become stronger than she ever thought she could. Her new life comes with new responsibilities, as Paragon Fel, the king of cats, makes Kana his ambassador in an attempt to avert a gruesome war between the three great animal classes. At the king's request, Kana and her roguish fox friend Panicum must embark on a perilous journey as she tries to forge peace across borders. While Fel frets about his southern territories, an even greater power is stirring within a mysterious abandoned city in the northern Badlands, and it will take the combined fortitude of all the gentle creatures of the Kingdom to stave off the threat to their existence. 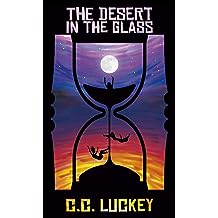 An epic tale following the lives of three women as they battle for the future of the universe...

An ancient family feud, a mysterious natural disaster, and a mother's descent into madness are interconnected across time and space in a riddle that must be solved before it's too late.

Joanna, a realtor in modern-day Arizona, finds herself caught up in a deadly war between two bizarre families. After being kidnapped, she is forced to choose a side-and gets drawn into the battle.

Marie is only a teenager in 1959, but she's ready to leave home. Just as she's beginning her adventure, an apocalyptic disaster kills most of the population, and reality begins to bend. Her journey on foot across the deadly Nevada desert is more than she bargained for, even without the nightmares that plague her sleep.

Bird is a truly special girl; a beautiful soul. But on her birthday in 1988, her mother has a seizure followed by a series of dreams which are too real to be imaginary; they are powerful visions, and they're pulling her mother's mind apart. If mother loses her mind, who will care for Bird?

The common thread which runs through their lives-a dark entity which lurks just beyond the fabric of reality, watching from the shadows, manipulating their fates-wants to end the world as they know it. Will they stop it in time? 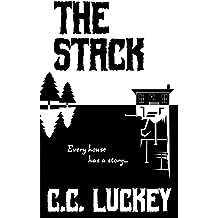 It's 1979, and single father Max Braun is being evicted from his apartment. If he can't find a new place right away, he could lose custody of his daughter, Penny. Just when his situation is becoming desperate, he receives a letter in the mail saying he is the grand prize winner in a contest for a new home.

But Max doesn't remember entering a contest, and after moving into the house he begins to suspect everything is not as it seems. As wild animals frighten Penny and a horrific accident occurs on the property, Max wonders if the free house was really such a great deal after all. No threats from ghosts, the undead, or even his ex-wife will stop him from saving his daughter and his home-even if he must descend into the bowels of Hell itself. 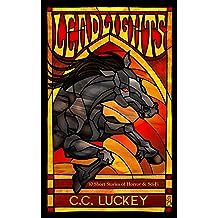 An exciting variety of intense short stories for fans of horror and dark science fiction!

These are Leadlights; stained glass windows looking out into the darkness. This book of ten wildly different tales will transport you into previously unexplored realms of the imagination.

Follow Jaz through her investigation of a topsy-turvy house infested by undead sentinels. Witness firsthand a cautionary tale about a calamitous alien contamination. Visit the castle of the family Hawthorne, as three generations of powerful women are affected by a disturbing malady that redistributes their maturity and vitality.

Every page will take you on a new adventure. So come along... If you have the courage.