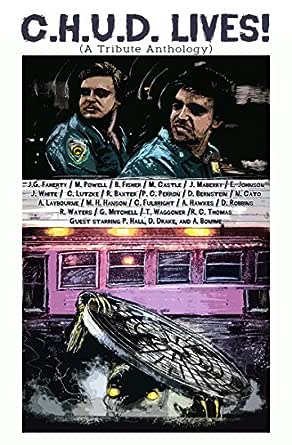 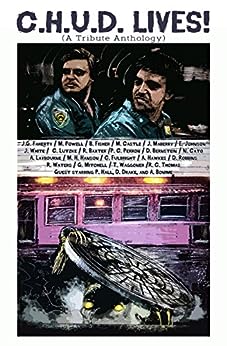 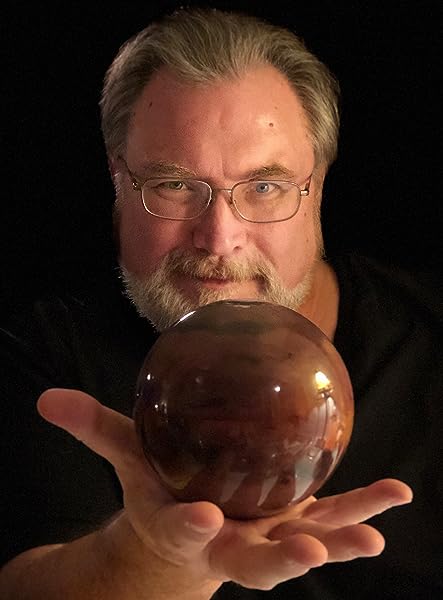 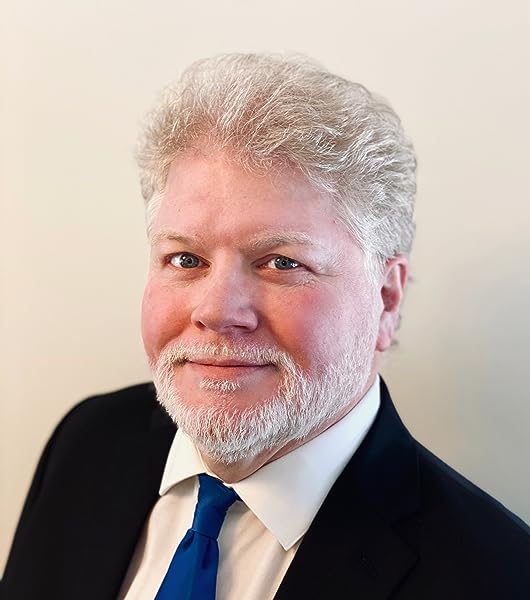 4.8 out of 5 stars
4.8 out of 5
19 customer ratings
How does Amazon calculate star ratings?
Amazon calculates a product’s star ratings based on a machine learned model instead of a raw data average. The model takes into account factors including the age of a rating, whether the ratings are from verified purchasers, and factors that establish reviewer trustworthiness.
Top Reviews

mAA.
5.0 out of 5 stars Would have loved to see how this one has translated on film
Reviewed in the United States on May 2, 2018
Verified Purchase
If you are a fan of the original movie This is a MUST HAVE. Would have loved to see how this one would haved translated on film. This movie was one from my childhood thank you to the writers for this one. The writing is so good it feels the stories were parts missing from the movie " the kirby case" feels so authentic The story with Gramps and Art even better here then in the movie. So well done More action, more C.H.U.Ds, more, gore Just pure survival. This book is to C.H.U.D what ALIENS was to ALIEN. Some of the events in the story takes place years after the 1984 events pieces of this book can be used in a sequel these monsters are no joke .Once again thank you to the writers for just one hope they can do another one . Give us a real C.H.U.D sequel. Hope it happens. Really Fun book. 5 stars.
Read more
2 people found this helpful
Helpful
Comment Report abuse

Hernan
5.0 out of 5 stars Great Book - An amazing Read
Reviewed in the United States on April 27, 2018
Verified Purchase
This is an amazing tribute anthology featuring great writers at the top of their game. Buy it and you'll re-discover the world and characters of C.H.U.D.

It's great to go back to the world of C.H.U.D. with such a wonderful and entertaining read. You'll find horror, suspense, crime and more. You'll love it.
Thank you Crystal Lake Publishing for giving us "C.H.U.D. Lives! A Tribute Anthology."

DENNIS J. CLARKE
5.0 out of 5 stars A must for all fans of the cult film C.H.U.D.
Reviewed in the United States on September 16, 2018
Verified Purchase
These stories fit very well in the C.H.U.D. universe. A full range of storylines that most will find enjoyable. Have fun!
Read more
Helpful
Comment Report abuse

J. J. Questore
5.0 out of 5 stars Fun trip down memory lane...
Reviewed in the United States on April 27, 2018
My wife and I have been together for 36 years; married for the last 28 of them. Back in 1984 – the year I graduated High School – while we were still dating, we used to go see a lot of movies. First, because it was a heck of a lot cheaper back then, and second, well, it was dark ;-) But I digress. In August of 1984, we had our minds set on seeing something, I’m not sure what it was, but I do remember we couldn’t. So, Elaine suggested seeing C.H.U.D – which was not like her at all since she was/is not a horror fan.

Fast forward to March, 2018 and I get an invitation from Joe Mynhardt to read and review a new anthology based around the C.H.U.D mythos. I immediately said yes. I dropped what I was reading, and dove right in to the ARC he provided.

If you’ve read any of my anthology reviews, you know I usually like to break each story down for you. But I’m not going to do so here – only because I really don’t want to ruin the fun. All the stories revolve around the C.H.U.D (Cannibalistic Humanoid Underground Dweller) but they aren’t all set in the sewers of Manhattan, and this is where the fun actually begins. Each author puts their own unique curve to each tale.

Unlike a lot of anthologies (especially ones that revolve around a specific subject), there isn’t one story here that I felt was lacking, or didn’t do the C.H.U.D mythology justice. I know Parnell Hall would be very pleased with what these talented authors have done with his original story.

Of course, I do have to point out some of my favorites:

“C.H.A.D.” by Michael H. Hanson
“That’s Entertainment!” by Mort Castle
“Step Ate” by Chad Lutzke
“All at Sea” by Ross Baxter
“You Will Never Leave Harlan Alive” by Jonathan Maberry and Eugene Johnson

If you are a fan of the cult classic C.H.U.D – or are a little curious as to what a Cannibalistic Humanoid Underground Dweller is, then pick this one up. Oh, and the eBook (never thought I’d advertise for one of those) has links to some really cool freebies like artwork and behind the scenes stuff!

Thanks to Joe and Crystal Lake Publishing for giving me the opportunity to read this wonderful book, and for the awesome, if somewhat bloody, trip down memory lane.
Read more
3 people found this helpful
Helpful
Comment Report abuse
See all reviews from the United States

Ms. Theresa M. Derwin
5.0 out of 5 stars CHUD FOREVER
Reviewed in the United Kingdom on May 1, 2018
Verified Purchase
Bonime on CHUD

This anthology is something different, or as David Drake would put it in his introduction of C.H.U.D - egregious. Not bad, not good, just different. That’s what C.H.U.D the movie is - a unique horror film with heart.
Such was - and to some, still is, the reputation of horror, that originally Andrew Bonime was reluctant to get involved. He says, in the included interview with Eric S Brown “I felt it would demean my credibility.” However, his wife at the time, had common sense, and convinced him he could make it work, and make it good.
Well, like many horror fans I’m glad the film happened and equally glad the book did too.
It’s an ambitious project containing interviews, stories, images, everything that makes it unique and eclectic.
As for the stories, Eric S Brown, well known for his love of monsters, has chosen well, with stories by writers I’ve not encountered before, plus very familiar and talented writers such as Tim Waggoner, Michael H Hanson and Jonathon Maberry.
Each story offers a different side to the CHUD Myth is, though I have to admit I was disappointed more females didn’t submit.
Now, I say didn’t submit because I know the publisher and editor support diversity in horror so I suspect fewer women submitted, which is a Shame, though we do get a collaboration with Angeline Hawkes.
I suspect it has to do with the film itself, it’s the kind of thing a boy would e perhaps been allowed access to back in the day, whereas the parent might’ve stopped girls from watching it.
Anyway, that’s just my theory.
Either way, it’s a fun anthology with lots of heart and the stories are obviously written by people who love CHUD.
Long live CHUD. Yes, I know there are stops in between each initial but meh, I type a lot of reviews out!
Really enjoyed this.
Read more
2 people found this helpful
Helpful
Sending feedback...
Thank you for your feedback.
Sorry, we failed to record your vote. Please try again
Report abuse

Yvonne
5.0 out of 5 stars A new fan of CHUD
Reviewed in the United Kingdom on May 2, 2018
Verified Purchase
I must be one of the only people that had not watched C.H.U.D, so why did I buy this book. Having purchased the majority of Crystal Lakes Anthologies, I knew that I would be in for a good read.
So for people who are thinking what is C.H.U.D well it was a horror film released in 1984. C.H.U.D stands for or Cannibalistic Humanoid Underground Dwellers, so you can imagine what sort of creatures they are. This anthology opens with an interview with the late Andrew Bonime, producer of the film and finishes with another interview with Parnell Hall, the screenplay writer. Sandwiched between are 19 short stories, each with a different tale to tell of the creatures that walk beneath the ground.
So as a newbie to C.H.U.D I loved each story as it was introduction to this cult film and as I am typing this review I am watching the film. Some of the authors use scenes from the film to tell their story. The Dog Walker by Robert E Waters, The Way to a Man’s Heart by Tim Waggoner to name a few. Whilst others put their C.H.U.D imagination to tell a new tale. That’s Entertainment by Mort Castle made me laugh as I could imagine some entrepreneur profiting on people’s terror to make a theme park and Date Night by Dave Robbins have you wandering what sort of teacher Angela Swinton was.
Every story had me wanting more and I devoured the book as the CHUD devoured a human. Each story had different levels of gore, which will keep all horror fans happy, and like all horror films not everyone survives. Whether you know C.H.U.D or not this is yet another great anthology to read.
Read more
One person found this helpful
Helpful
Sending feedback...
Thank you for your feedback.
Sorry, we failed to record your vote. Please try again
Report abuse