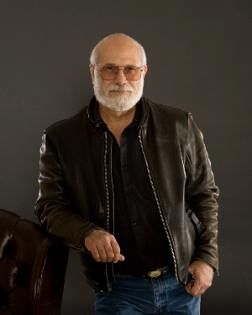 Teacher, scientist, engineer, journalist, author, and veteran motorcycle writer C.G. Masi has demonstrated a wide range of talents that he brings to the stories he writes. With advanced degrees in astrophysics and business administration, he has published articles in magazines as diverse as American Iron and Review of Scientific Instruments. As an award-winning magazine editor, he has been involved in launches of four successful magazines. His first book, How to Set Up Your Motorcycle Workshop (Whitehorse Press), is in its third edition with tens of thousands of copies sold.

C.G. Masi, or "Charlie" to those who have to put up with him on a daily basis, was not born in a log cabin to poor immigrant farmers. He was born in Franklin, Massachusetts, to middle-class professional parents--both were school teachers. He was a middling student in high school, where he claims to have majored in "cars and girls." After a brief stint as an English major at Boston University's School of Education, where he says he really majored in "drugs"--it was, after all, the late 1960s--he quit to tour the country and has been a gypsy ever since. He and his wife, Bonnie, have set up residence at over 20 locations in six states. They have two grown children, who live on opposite sides of the country.

Along the way, Charlie picked up a Bachelor's degree in Physics, a Master of Science degree in Astrophysics, and a Master's in Business Administration, and studied fluid dynamics at Arizona State University.

All this activity has started to cut into Charlie's motorcycling time. "I've had to limit myself to two bikes, a chopped Harley, and a Suzuki tricked out for touring," he admits. "It just takes too much time to keep up with the weekly maintenance on any more of them!" 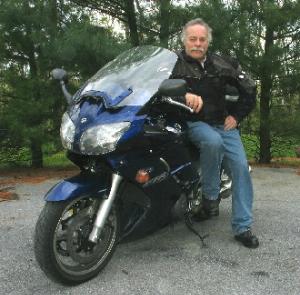 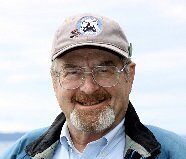 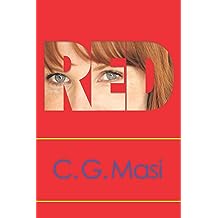 Judith McKenna wants what every woman wantsa home, a family, and a husband she loves. But ever since her father disappeared ten years ago, this six-foot-three-inch redhead with a crack athletes body, an aptitude for mathematics, and an independent streak a mile wide, has not had much luck with men. But her destiny is about to change as she embarks on a sexually charged six-month journey of self-discovery.

It is spring break of her senior year in college, and Judith is in Miami to spend another dreary week on her stepfathers yacht when she suddenly finds herself stranded on the side of the road. As a cloud of smoke pours from the engine of her pink Mustang convertible, she looks up from the drivers seat to see a rugged stranger dressed in black leather pants standing next to her as his motorcycle helmet dangles from one hand. Doc, who nicknames Judith Red, has come to her rescue, but she is determined not to let anything or anyone stop her search for her biological father.

As she slowly uncovers the mystery of her fathers disappearance, Doc introduces her to adventures that will ultimately lead her to finally discovering what she truly desires. 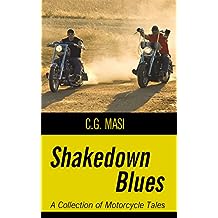 Shakedown Blues: A Collection of Motorcycle Tales Jan 12, 2010
by C.G. Masi
$6.99
Hang around bikers long enough and theyll all tell you things dont always go as planned. That is proved over and over again in this collection of tales told by journalist and motorcyclist C.G. Masi.

Join Masi and his band of merry bikers as they try their best to have good, clean fun while riding from Point A to Point B. Its all crammed into five road trips taken during the late 1980s and early 1990s.

As they set out on their adventures, the friends have big dreams about making money doing what they love best riding bikes. One of them wants to travel the country and make a living taking photographs. Masi wants to earn a living writing stories about his great adventures.

And then there is Fred, who dreams of restoring a 1949 74 c.i.d., Hydra Glide Panhead. His mission will be the catalyst that leads to each rider falling victim to the different types of trolls that lurk under the next bridge or around the next corner in Shakedown Blues.