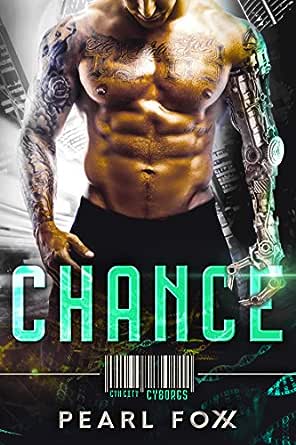 You've subscribed to Cyn City Cyborgs! We will preorder your items within 24 hours of when they become available. When new books are released, we'll charge your default payment method for the lowest price available during the pre-order period.
Update your device or payment method, cancel individual pre-orders or your subscription at
Your Memberships & Subscriptions
There was an error. We were unable to process your subscription due to an error. Please refresh and try again. 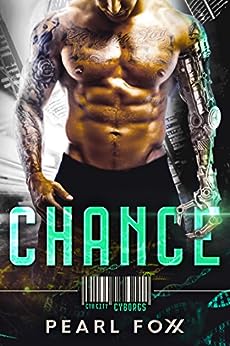 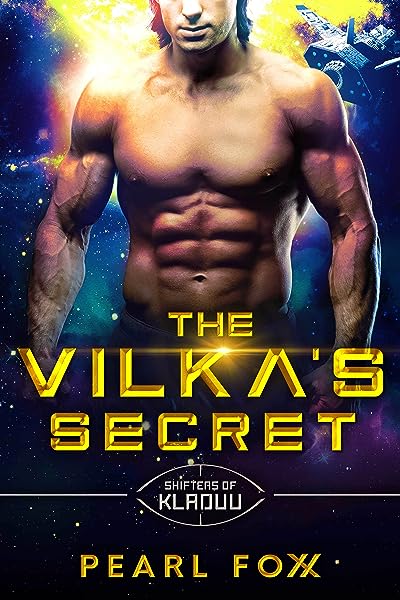 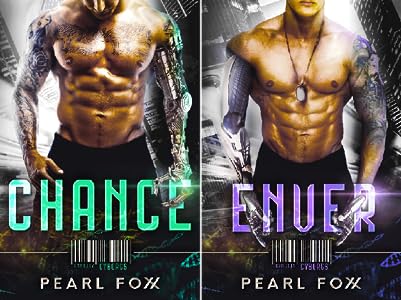 4.5 out of 5 stars
4.5 out of 5
137 global ratings
How are ratings calculated?
To calculate the overall star rating and percentage breakdown by star, we don’t use a simple average. Instead, our system considers things like how recent a review is and if the reviewer bought the item on Amazon. It also analyzes reviews to verify trustworthiness.
Top reviews

Emily Pennington
TOP 500 REVIEWER
5.0 out of 5 stars Great Story !!!
Reviewed in the United States on March 15, 2018
Verified Purchase
Verity was serving drinks at Cyn City’s notorious Ball & Joint, a cyborg hangout that would openly serve alcohol to the cyborg population. She was jostled by two huge men and her tray of drinks spilled food and drink all over Chance, one of her boss’s behind-the-scenes men. She found him very attractive, but she was told by her best friend that he was one she should definitely avoid.

As Verity grabbed a clean tray and walked past a table, an ugly brute cyborg pulled her into his lap. She hit him with her tray and told him he could pay other women for what he wanted, but she was not one he could grab like that. But later outside, she was attacked and smacked hard by the bully who wanted to get even for being embarrassed. She fought back, quite well, and incapacitated his arm mechanism with the heel of her shoe and messed up his jaw, knocking him to the ground. Chance stepped out of the shadows, commenting on her impressive defense. Then he insisted on walking her home. Again, she is drawn to the man who displays kindness one moment and cruelty the next.

Verity went downstairs to pay her rent, pleased that she made enough to have $50 left over to buy groceries! But the landlord told her the rent was raised by 175 credits – and she did not have the money for that. Then her old friend Imogen ran away from the same place Verity had escaped when she started her new life, and Imogen was bloody and badly injured. Verity took her in, but now she had another mouth to feed. Determined to fix this on her own, she went to her boss, Garvan, to ask for a loan. She had no idea what she was getting into.

Chance knew Verity would never be allowed to pay off her loan. Garvan would use her in an intolerable way. There was only one other thing he would accept to pay off her debt – Chance had to go back into fighting and take down and kill a powerful fighter. Would he do this for Verity? Would she accept the death of another in exchange for her freedom? And if she did, what would happen to them and their tenuous relationship?

This is a really good book that draws the reader in to care about these characters. Despite the squalor and devastation of their world, there is a kindness and goodness inside that gives hope. Despite starting at rock bottom with absolutely nothing, Verity looked for the best in every situation. Her bright outlook in the face of adversity touched everyone around her. But finding a happy ending in the environment they find themselves in seems out of reach. Don’t miss this one! It is exciting and suspenseful – definitely worth reading!

WOW!!! Once again, I am blown away by Pearl's writing. Not only did the incredible imagery put me IN the story, but the soulmate-level love felt between Verity and Chance truly touched my heart.

I was also treated to a unique spin on the cyborg that I had never read before, and I absolutely loved that. I also met a cast of characters that I can't wait to read more about!

Verity really impressed me. She came from a very sheltered life and threw herself into Cyn City to escape. She could definitely take care of herself, but I like that she didn't always push Chance away, either. Because, let's be real, everyone needs a little help sometimes.

Chance was HOT. He suffered a huge betrayal by his ex-girlfriend which changed him forever. Dangerous, secretive, and yet chivalrous, protective, not afraid to share his feelings, he's like the perfect guy! And no, as the book teaser indicates, not all of him is made of metal.

These love scenes were SMOKIN'. But they were the type that weren't just physically hot; they deepened the connection between Verity and Chance, which made the scenes that much better.

I was so excited reading this book one. It was like being strapped in to a roller coaster. I know the ride is just getting started, and I can't wait to experience the thrill of the series!!!
Read more
5 people found this helpful
Helpful
Comment Report abuse

Space Cowgirl
5.0 out of 5 stars A Dystopian 🌍Earth Still has a Future
Reviewed in the United States on March 28, 2018
Verified Purchase
Cyn City is typical of the new 🌎Earth. Its a dystopian world, with ruined buildings and neighborhoods, bad air, gangs, and ganglords. It's the city of cyborgs.
Cybernetics are available for those with money. Chance🐺🍆🌋💪 is a tall, handsome, ripped guy who has a top of the line cybernetic arm💪, and the skill to win in the illegal fights held in the basement of the club where the young woman, Verity💋💃, works as a waitress.
Verity💃💋 came from a secret, secular colony. She ran away rather than be married👰 to an older man she didn't know. Women were second class citizens there, with few rights
.
Chance🐺🍆🌋💪 comes into the club often, because he works for Garvan, Verity's boss. The club goers are all afraid of him, he's a true bad a$$! Chance🐺🍆🌋💪 always has his eyes on Verity💃💋 in her skimpy outfit, and she always has her eyes on him!

Chance🐺🍆🌋💪decides he will be her protector and her lover💕 and goes about seducing her. Verity💃💋 wants to take a walk on the wild🐺 side!

Viscumin
5.0 out of 5 stars Come For the Hot Cyborg, Stay for the Fantastic Love Story
Reviewed in the United States on April 10, 2018
Verified Purchase
This book was freaking fantastic! Full disclosure: I did not buy this book expecting greatness. Pearl Foxx is a new author for me and I just picked this up as a quick, sci-fi roll in the hay sort of book. What can I say? I have a thing for hot cyborgs. But I got SO MUCH MORE!!

This story was lovely. The heroine, Verity, is working in a seedy cyborg club where more than drinks are on the menu in what used to by Manhattan, but is now called Cyn City. The Earth is an environmental mess. The city is flooding and moldering around the denizens of the lower levels. Chance works for the club owner. He's a cyborg. Being a cyborg in Cyn City means that you probably needed cash so you had your body upgraded to work on the Deluge, the giant wall that holds back the sea.

I loved that this book wasn't one where the two main characters meet and immediately fall into bed. Of course, each finds the other attractive but hotness does not a relationship make. When they do finally burn up the sheets it's worth the wait.