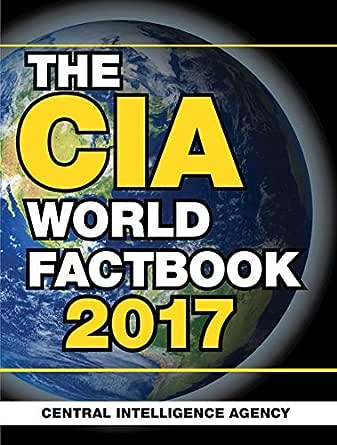 You've subscribed to CIA World Factbook! We will preorder your items within 24 hours of when they become available. When new books are released, we'll charge your default payment method for the lowest price available during the pre-order period.
Update your device or payment method, cancel individual pre-orders or your subscription at
Your Memberships & Subscriptions 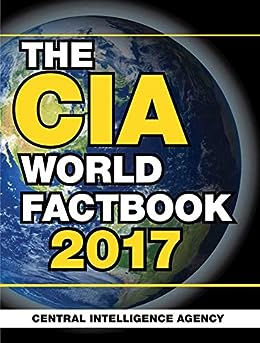 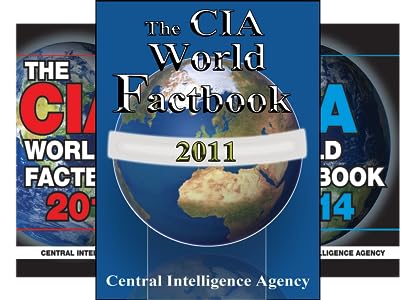 4.3 out of 5 stars
4.3 out of 5
71 customer ratings
How does Amazon calculate star ratings?
Amazon calculates a product’s star ratings based on a machine learned model instead of a raw data average. The model takes into account factors including the age of a rating, whether the ratings are from verified purchasers, and factors that establish reviewer trustworthiness.
Top Reviews

Steven PetersonTop Contributor: Baseball
VINE VOICE
5.0 out of 5 stars Good comparative data
Reviewed in the United States on March 16, 2017
Verified Purchase
This is a fine resource if one is interested in national level data. For each country listed, basic data are provided, so that one can see how different states compare.

For each country, data are provided on such dimensions as (a) geography, (b)nature of the government, (c) the economy, (d) energy, (e) communications, (f) transportation, and (g) military and security, among others.

I do research that calls for comparative data across countries. This volume becomes an important resource for me. A good investment, in my mind, y purchasing annual editions of this volume.
Read more
5 people found this helpful
Helpful
Comment Report abuse

Hoss McDonald
2.0 out of 5 stars Very bad conversion of all maps.
Reviewed in the United States on July 7, 2017
Verified Purchase
This information is free and downloadable from the CIA website. This version changed all of the maps from color to black and white. These maps were changed from vector maps (downloadable in PDF format from the CIA site) to low-resolution JPG images. Very hard to see any detail and expanding them they become so pixeled they become useless. useless.
Read more
6 people found this helpful
Helpful
Comment Report abuse

ssp
2.0 out of 5 stars Needs Serious Copyediting
Reviewed in the United States on February 21, 2018
Verified Purchase
Kindle version. Like previous versions of this book, this is a good compendium of somewhat outdated material that is fun to peruse. However, there is a striking number of typos, calling into question the overall accuracy of the material presented. If I got an email with this many typos in it, I'd mark it "spam." For an offline version it's fine if you can stumble over the errors, but use the free online version for cleaner copy and more up to date information.
Read more
2 people found this helpful
Helpful
Comment Report abuse

What???
5.0 out of 5 stars Super cool.
Reviewed in the United States on January 19, 2018
Verified Purchase
I purchased this for my son & he absolutely LOVES this book. It has anything & everything you want to know about all countries. Super cool.
Read more
One person found this helpful
Helpful
Comment Report abuse

Daniel Tsukamoto
5.0 out of 5 stars I Love This Book!!!!
Reviewed in the United States on February 4, 2017
Verified Purchase
I love this book! I love to see numbers whether its area of a specific country, population, city population, etc. I love to find out how much people increased or decreased in different countries. Very nice book!
Read more
One person found this helpful
Helpful
Comment Report abuse

JillinoisRNTop Contributor: Camping
3.0 out of 5 stars Print too small...
Reviewed in the United States on June 18, 2017
Verified Purchase
Print is VERY small. I have bifocals, and will likely need a magnifying glass as well in order to read this. Lots of info- just hard to read... print size is similar to cheap phone book.
Read more
2 people found this helpful
Helpful
Comment Report abuse

CRISTINA CANDY
5.0 out of 5 stars Too convenient not to have.
Reviewed in the United States on May 28, 2017
Verified Purchase
Just good to have this book around. I re-purchase the latest every few years. Sure, you can Google this stuff, but the hard-copy format for such a wealth of info is great to have at one's finger tips if you follow world events and both military and foreign policy.
Read more
One person found this helpful
Helpful
Comment Report abuse
See all reviews from the United States

Geoffrey Darnton
1.0 out of 5 stars This is not a printed version of the CIA World Factbook 2017 - a more accurate date would be 2016
Reviewed in the United Kingdom on November 1, 2017
Verified Purchase
This is called the CIA World Factbook 2017. It is an impressive book that gives a great deal of information arranged by countries of the world. In that sense,it is a goldmine of information. However, in my humble opinion it is seriously mis-titled. It should really have the title CIA World Factbook 2016. My suspicions were aroused when I noticed on the copyright page it was published late 2016. I do not need to give lots of examples to illustrate the point.
As a book, it has no index. That is a very serious disadvantage for any reference book. I was particularly interested in Global World Product (GWP). The CIA use a similar measure called SGWP. I could not find it until I realized that the whole book arranged by countries, has created a chapter under W called 'World'. In there is has SGWP as $74.15 tn, followed ominously by (2015 est.). When I go to the CIA Factbook 2017 online version, that tells me that SGWP is $75.52tn (2016 est.).
I had similar results checking various other economic data items.
As a result, I come to the inevitable conclusion that the title of this book is seriously misleading, in my mind bordering on the fraudulent, because it is called a 2017 Factbook, but really contains data for a 2016 Factbook.
If you buy this book expecting 2017 data as on the CIA website, you will need to access the online website to find up to date data.
The book is not published by the CIA - it is published by some outfit called Skyhorse Publishing. I wish they would be more accurate (honest?) about the title of the book.
If you want up to date data, do not buy the book - use the online version. I think Amazon should refuse to provide the book because it has such a misleading title as to date.
Read more
6 people found this helpful
Helpful
Sending feedback...
Thank you for your feedback.
Sorry, we failed to record your vote. Please try again
Report abuse

Peter M. Howell
5.0 out of 5 stars Good mostly reliable information
Reviewed in the United Kingdom on November 27, 2017
Verified Purchase
Available on the WWW, but impressive in paper, and a great general interest browser on a rainy day . Great value.
Read more
Helpful
Sending feedback...
Thank you for your feedback.
Sorry, we failed to record your vote. Please try again
Report abuse

AyushN
5.0 out of 5 stars Comprehensive and Insightful
Reviewed in India on June 15, 2018
Verified Purchase
The ROI >> The amount you will spend.
Read more
Helpful
Sending feedback...
Thank you for your feedback.
Sorry, we failed to record your vote. Please try again
Report abuse

Stavros Chrysostomou
5.0 out of 5 stars Five Stars
Reviewed in Canada on December 6, 2016
Verified Purchase
For info on every country, no one can beat it
Read more
Helpful
Sending feedback...
Thank you for your feedback.
Sorry, we failed to record your vote. Please try again
Report abuse

OG
5.0 out of 5 stars Five Stars
Reviewed in the United Kingdom on January 2, 2017
Verified Purchase
This book has fully met my requirements.
Read more
Helpful
Sending feedback...
Thank you for your feedback.
Sorry, we failed to record your vote. Please try again
Report abuse