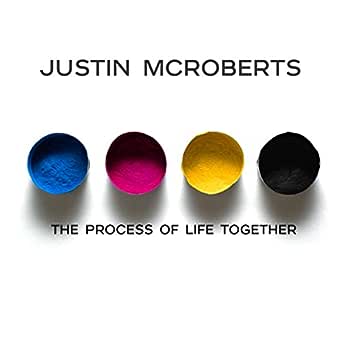 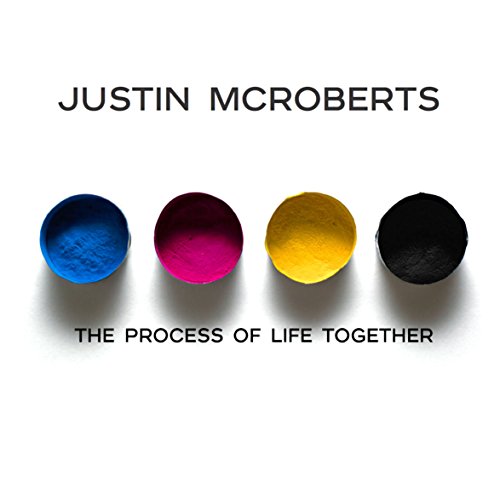 CMYK: The Process of Life Together, Expanded Edition

List Price: $6.95
You Save: $1.00 (14%)
By completing your purchase, you agree to Audible’s Conditions Of Use
Sold and delivered by Audible, an Amazon company
Share

4.8 out of 5 stars
4.8 out of 5
24 global ratings
How are ratings calculated?
To calculate the overall star rating and percentage breakdown by star, we don’t use a simple average. Instead, our system considers things like how recent a review is and if the reviewer bought the item on Amazon. It also analyzes reviews to verify trustworthiness.
Top reviews

Jeffrey
5.0 out of 5 stars A treasure found in a field
Reviewed in the United States on January 24, 2018
Verified Purchase
I first came across Justin's music over a decade ago through an interview he did with Grassroots. In it he talked about songwriting and how it's just something you try and get better at with time. As someone new to guitar who longed to be able to write a song, it inspired me and I wrote my first song that night. Since then I have turned to songwriting as a way to process life, pray, and pour out this often messy heart. I was also new to being a Christian, and Justin's music has remained a challenging, comforting and beautiful presence throughout that journey. This book is a wonderful glimpse into his work, faith and process. I recommended it to anyone not afraid to deconstruct what appears to be in search of what lies beneath.
Read more
One person found this helpful
Helpful
Report abuse

redroxy5
5.0 out of 5 stars Great read with great questions posed about life & your place in it.
Reviewed in the United States on July 22, 2013
Verified Purchase
I have loved Justin McRoberts' music for years - now I love his storytelling in a different way through literature. This book and its stories within are pictures of life, some of which people can relate to in very personal ways, others it's a glimpse into what others may deal with in their own lives and how we can live in community with them. You won't be sorry picking up this book!
Read more
Helpful
Report abuse

Happy Reader
4.0 out of 5 stars Real
Reviewed in the United States on September 14, 2013
Verified Purchase
I have listened to Justin McRoberts music for many years and have always found him to be genuine - highlighting real issues and struggles but not in a depressing way. This book shows how to deal with relationships in a real way.
Read more
Helpful
Report abuse

Pamela Wittman
4.0 out of 5 stars Read it!
Reviewed in the United States on January 10, 2014
Verified Purchase
This is an engaging book! It's full of a variety of written and visual works with a personal tone, all compiled thoughtfully into this book. I can tell that the authors writing was influenced by C.S. Lewis, which makes it all the more enjoyable. Justin McRoberts visited the church I go to, to promote his new book. Glad I bought it!
Read more
One person found this helpful
Helpful
Report abuse

darylld
5.0 out of 5 stars honesty
Reviewed in the United States on March 12, 2014
Verified Purchase
Great book about living life and faith honestly. Not afraid to challenge God in order to form a more, real robust picture of religion.
Read more
Helpful
Report abuse

John Umland
5.0 out of 5 stars reminded i am beloved
Reviewed in the United States on July 28, 2013
The other morning, I did something rather unusual. I stayed in bed and read. Justin McRobert's book, CMYK, kept me in bed. I didn't want to miss out on the conversations Justin was sharing with me. This book is a series of letters written in response to the vagaries of life. McRobert's writes as a pastor, husband, son, father, friend, musician, and disciple of Jesus Christ. His words do not come from a mountaintop, but from alongside, which is very encouraging. Although these letters are not written to me, all of them speak to something in my life. I received this encouragement for someone else.

"Your story is not a story of failure; it is a story of boundless mercy. It is a story about getting second chances seven times, and then seventy times that. While some would suggest your life's process was marked by failure, I believe that it is characterized by grace."

The perspective of grace changes everything. McRoberts is not only graceful, but humorously self-deprecating. These lines had me laughing out loud.

"At that point in my life, listening to a homosexual claim to believe in Jesus was like seeing a unicorn. Only this unicorn was gay and claiming to be a Christian. I didn't have a box in which to put the unicorn."

He befriends this "unicorn" and learns that God's primary perception of us is "Beloved." No other adjective matters until this noun is primary.

His music EPs that go along with the project are worth a listen as well. The letters correspond to certain songs, and he includes the lyrics with the letters.

darylld
5.0 out of 5 stars Great Book - Album - Experience
Reviewed in the United States on April 10, 2014
This is a great experience. It would belittel it to call it just a book. Or just a companion to some good CD's.

I have long been a fan of Justin McRobert's CD's, ever since high school and Reason for Living. What I didn't expect to find in this book was some of the most honest and vulnerable thoughts about faith and life. I loved the chapters were McRoberts challenges God. As he discusses doubting God and arguing with him! This book addresses how life is not lived in a silo, but rather more merges like a printing press and the four colors of Cyan, Magenta, Yellow, and Black.

I loved the structure of the letters, some reflection, and lyrics to a song to bring it all home. Some of the more emotional chapters were talking about his dad and how he let him down. How Justin is committed to being different fro that and changing his future, especially for his son.

This book came along at a great time for myself, as I struggle to find a church home, and began to seek to engage for more meaningful relationships in community. Justin is also a great follow on Facebook where his Oakland A's fandom comes out in full force. Love it and highly recommend the book/album!!
Read more
One person found this helpful
Helpful
Report abuse
See all reviews

Amazon Customer
5.0 out of 5 stars Five Stars
Reviewed in Canada on August 27, 2017
Verified Purchase
I love this book. So much wisdom in Justin McRoberts words.
Read more
Report abuse
See all reviews
Back to top
Get to Know Us
Make Money with Us
Amazon Payment Products
Let Us Help You
EnglishChoose a language for shopping. United StatesChoose a country/region for shopping.
© 1996-2021, Amazon.com, Inc. or its affiliates