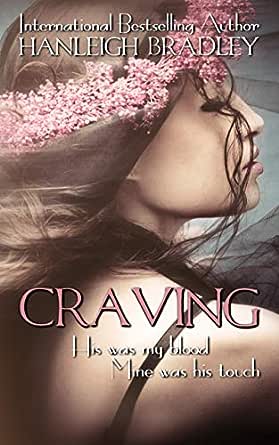 You've subscribed to The Elite! We will preorder your items within 24 hours of when they become available. When new books are released, we'll charge your default payment method for the lowest price available during the pre-order period.
Update your device or payment method, cancel individual pre-orders or your subscription at
Your Memberships & Subscriptions
There was an error. We were unable to process your subscription due to an error. Please refresh and try again. 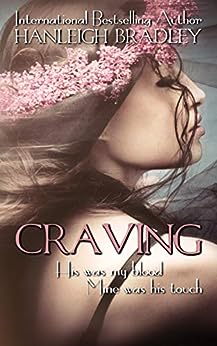 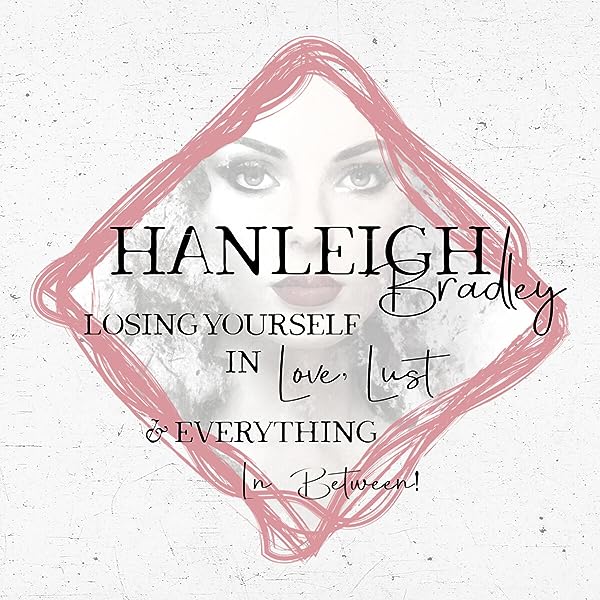 Michelle Chantler
5.0 out of 5 stars Love cannot be ignored.
Reviewed in the United States on February 3, 2020
Craving
By Hanleigh Bradley

This is part of an intriguing series that had kept me glued to each page, “Craving” is bk 2 in this fascinating ongoing adventure.
Ms Bradley has developed an amazing scenario between a vampire and a human, one she has opened a door where she can implement numerous ways to explore the outcome of the world Everette and Farah are entangled in.
Both characters in this book are centred around, believing their relationship can only go one way, the pathway of predator and prey, even though the fears this causes are pushed deep down, they try to believe they are living life as others would, often realising how perfect they are together as they enjoy their unusual lifestyle.
Becoming aware that what they are experiencing between each other is far deeper and more passionate than they could have ever believed, the intense craving both Everette and Farah find draws them together with enjoyment and genuine love towards each other, while knowing it’s impossible to ignore the bond they have developed between each other they still know Everette's natural instinct will eventually take control yet neither will stop experiencing what’s growing between them.
Farah knows at the core level of her being what the outcome will be by staying around Everette, yet she is unable to deny or walk away, even knowing where this will lead, she often finds herself so caught up with the qualities of Everett’s personality that she forgets the makeup of the person she is with.
Everette is convinced he is not strong enough to prevent his predatory nature from developing, yet suffers from ongoing trauma and anguish at the thought of allowing her to disappear. After never answering to another vampire or human, Everette finds Farah's demands or request's impossible to deny, how is it her scent causes such strong desires and emotional sensation’s within him, taking his control away.
Ms Bradley has created an awesome world that we as reader’s can personally experience through both of these determined and headstrong characters.
Giving a strangely realistic view of predator and prey, while through her uncanny writing style, she slowly develops a strong binding web around them, that’s going to deeply effect them as they’re pulled closer, can they untangle themselves from the depth of feelings continually drawing them together, or prevent natural instinct from taking over,.
Are they aware how deeply the web had been woven preventing them from changing their pathway, there are so many possibilities, that can occur and changing their lives, so are they able to control what they crave from each other before it consumes them.
That’s certainly the major question and one I believe this series is wholly centred around.
Grab your copy today and if you enjoy this ad much as I did, pre-order book 3 coming soon.

escritora
5.0 out of 5 stars Marvelous story!
Reviewed in the United States on August 10, 2020
Everette has been drawn to Farah for awhile, now, after their first introduction in the diner where she worked. He couldn't ignore her scent, and she couldn't see beyond his mesmerizing eyes. He knew that he wanted her, but he didn't know exactly for what. For now? Forever? There's a pull between them that is too strong to break. Farah knows that her death will be the ultimate end for her, but the hope that Everette might love her too much and let her live is what she secretly hopes for. This story is the continuing saga of their struggle for having control in their relationship and Farah's desire to make her own decisions, even as she's living with Everette. On the outside, they have a typically "human" love story but, on the inside, it's all consuming. References to Beings in the age-old vampire world give the story a thoughtful brush into the time when England wasn't ruled by a kind or a queen, she was ruled by The Mother. I found myself immersed not just in the Farah and Everette's story, but in the continuation of the story with Farah's introduction to Everette's MOTHER. This is not a cliffhanger, per se, it's merely a chapter break, awaiting book 3!
Debbie Soelter does a wonderful job with the narration. Each character has a well-defined voice with a unique personality. She helps bring Craving to life!
Read more
Helpful
Report abuse

I truly thought that The Elite was a duet but it is not. Craving is a super short (only an hour and a half long) novella with a plodding pace, steadily moving forward while building up the anticipation. Once again Debbie Soelter does a fabulous job narrating this story, going slow and building the tension. By this point I'm hooked and want to see what happens with Farah and Everette and the mystery that is unfolding.

I received this audiobook for free from StoryOrigin. This is my honest and voluntary review.
Read more
Helpful
Report abuse

shedevilreads Bookstagram
4.0 out of 5 stars Dark PNR Romance Novelette
Reviewed in the United States on June 18, 2020
Craving by Hanleigh Bradley is a paranormal romance novelette that I listened to on audio narrated by Debbie Soelter.

I really enjoy Hanleigh’s books because she gives you both characters points of view. You can’t help but root for Everette and Farah. The book does end on a cliffhanger which isn’t a surprise since it’s only the second book in The Elite Series. I can’t wait for more of their story in the future.

Debbie did a great job on the narration. I look forward to listening to more of her work in the future.

I would recommend this series to anyone that loves paranormal romances.

Katherine J
4.0 out of 5 stars Narrator leaves a lot to be desired
Reviewed in the United States on November 5, 2020
The story continues! So, if you haven’t read the first one you will need to before you read this one. I enjoyed the story but I was a bit annoyed. She knows what is in her future but she stays with him, that has me scratching my head. The story is short and very dark, but well written. I did not care for the narrator; she did not put too much of change of voice to denote emotions. I probably would have enjoyed it more if I had read it myself.

I received a free copy of this audiobook from story origin for an honest review.
Read more
Helpful
Report abuse

Sandi
4.0 out of 5 stars An quick taste
Reviewed in the United States on November 14, 2020
Another quick taste! Farah and Everette continue their dance around each other. He’s giving her more freedom that he wants, she knows her fate with him is death. “But not today”. A sizzling attraction keeps them coming back for more, and neither of them understands why. An interesting twist with the introduction of the “Mother” and her connection to Farah, as well. Will Everette turn Farah, will he kill her, why is he so confused by her and his reaction to her. Will be very interested to continue with this story!
Read more
Helpful
Report abuse
See all reviews

Jen
5.0 out of 5 stars Great read
Reviewed in the United Kingdom on August 14, 2020
Verified Purchase
What another great story to the prequel instinct. I couldn't put the story down she has a way of writing her story's so they flow with each page till before you know your at the end and wanting more. I loved the story developing between the two main characters and how Everett struggle with his feeling towards a human. I just wish the story was longer as I need the next the next instalment to see what will happen next.
Read more
Report abuse
See all reviews