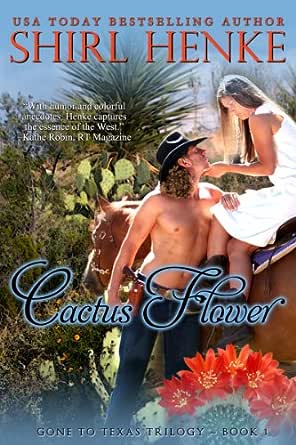 You've subscribed to Gone-to-Texas Trilogy! We will preorder your items within 24 hours of when they become available. When new books are released, we'll charge your default payment method for the lowest price available during the pre-order period.
Update your device or payment method, cancel individual pre-orders or your subscription at
Your Memberships & Subscriptions
There was an error. We were unable to process your subscription due to an error. Please refresh and try again. 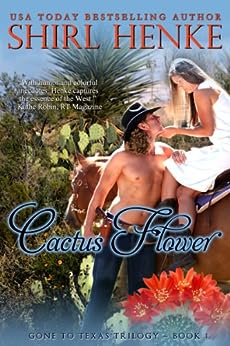 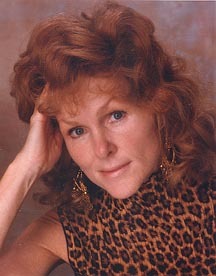 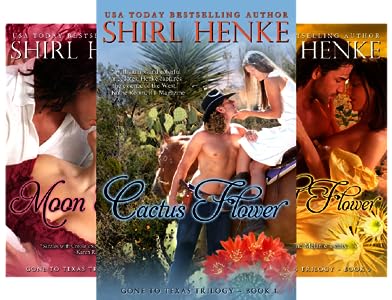 3.7 out of 5 stars
3.7 out of 5
20 customer ratings
How does Amazon calculate star ratings?
Amazon calculates a product’s star ratings based on a machine learned model instead of a raw data average. The model takes into account factors including the age of a rating, whether the ratings are from verified purchasers, and factors that establish reviewer trustworthiness.
Top Reviews

Lily
4.0 out of 5 stars Cactus Flower
Reviewed in the United States on December 9, 2013
Verified Purchase
Jim Slade, rancher and secret agent for Sam Houston, takes in the sister of one of his former hands when upon her arrival from Missouri she discovers that her brother is dead. Charlee McAllister is a wild woman. She grew up hunting, skinning animals and basically running amok. She was never interested in looking like a woman until she met handsome Jim. But Jim is besotted with a former love of his, Tomasina Carver, now a widow. Tomasina is determined to not let Jim go this time; she is beautiful and devious. Jim has no interest in Charlee until he discovers her beauty and "womanly charms" hiding under her boy's attire. Then he becomes a frustrated, hot for Charlee male. Charlee aggravates him to no end and having her in his home as a cook for his men strains his libido even more. Dealing with her temper and hoydenish ways, not to mention her bad cat, Hellfire, that she has adopted, leave his patience thin. Charlee wants Jim to see her as a woman and she soon realizes that he does. A good book, the secondary characters, not to mention Hellfire, are great also.
Read more
Helpful
Comment Report abuse

awesomeness
1.0 out of 5 stars Great story...the couple not so much
Reviewed in the United States on January 30, 2019
Verified Purchase
He treated her like crap and she stayed with him. It's sad really. Treated all the other women he slept with in the book better than the supposed heroine
Read more
One person found this helpful
Helpful
Comment Report abuse

Native Texan
2.0 out of 5 stars Disappointment
Reviewed in the United States on February 14, 2013
Verified Purchase
The historical background of this book was good, and the characters were interesting and believable (good ones and bad ones) with the exeption of the "heroine," i.e., Chastity Charlene. She ruined it for me. It irritated me from page one that she was called Charlee because I prefer feminine and pretty names. However, the character herself annoyed me greatly. I disliked her ridiculous cursing and extreme boyishness and the fact that although we are shown that she was educated and intelligent, she chose to behave as if she was illbred and stupid. She was not cute, funny or endearing in any way. I also did not find her physically attractive because of her freckles(ugh!)and weird "tan" colored hair as it was described. There was simply nothing about her that I liked or felt empathy with or admired. I am willing to try another of the author's books, however, because of the good background research she used in this one the way her other characters were well drawn. But Charlee? Nooooooooooooooooooooooo!!!!!
Read more
Helpful
Comment Report abuse

Vienna1956
5.0 out of 5 stars Explosive
Reviewed in the United States on March 30, 2013
Verified Purchase
Fantastic second in the series.

Explosive characters, great espionage with the "baddies" getting just desserts!

This is deception at its best. Character are hot and wanting, sparks fly, and both are blind to the obvious.

roni stephens
4.0 out of 5 stars Cactus Flower
Reviewed in the United States on May 25, 2013
Verified Purchase
I read so many of these Indian stories and by the time I'm asked to write a review, I have to stop and think of who the characters were in this book. I enjoy this author as I've mentioned before. Keep them coming, Shirl
Read more
Helpful
Comment Report abuse

Mercedes Nadal
5.0 out of 5 stars Shirley Henke Rocks!
Reviewed in the United States on April 18, 2014
Verified Purchase
I would read anything by Shirley Henke. Her writing style draws you into the story and makes you feel like you're part of it!! Just enough sensuality without being vulgar.
Read more
Helpful
Comment Report abuse
See all reviews from the United States

Incurable Romantic
5.0 out of 5 stars Lovely romance story - you know how it will end but it's enjoyable reading it
Reviewed in the United Kingdom on September 9, 2018
Verified Purchase
Lovely western romance. Girl disguises herself as a boy to find her brother. Her brother is dead so she tries to get a job at the ranch he was working for disguise as a boy. Soon it becomes obvious she's a girl and is put to work in the kitchen. She falls in love with the owner etc. etc.
Read more
Helpful
Sending feedback...
Thank you for your feedback.
Sorry, we failed to record your vote. Please try again
Report abuse

Deedee
5.0 out of 5 stars Great book!
Reviewed in the United Kingdom on December 22, 2012
Verified Purchase
I bought this book based on Amazon reviews and I am glad I did. The character of Charlee is well developed and the complex relationship she has with Jim Slade all make this book very interesting.
Read more
Helpful
Sending feedback...
Thank you for your feedback.
Sorry, we failed to record your vote. Please try again
Report abuse