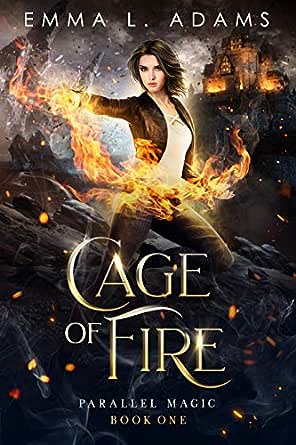 You've subscribed to Parallel Magic! We will preorder your items within 24 hours of when they become available. When new books are released, we'll charge your default payment method for the lowest price available during the pre-order period.
Update your device or payment method, cancel individual pre-orders or your subscription at
Your Memberships & Subscriptions
There was an error. We were unable to process your subscription due to an error. Please refresh and try again. 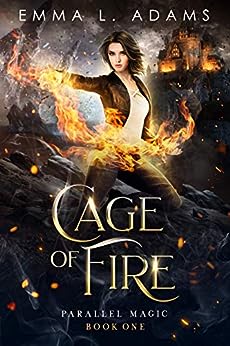 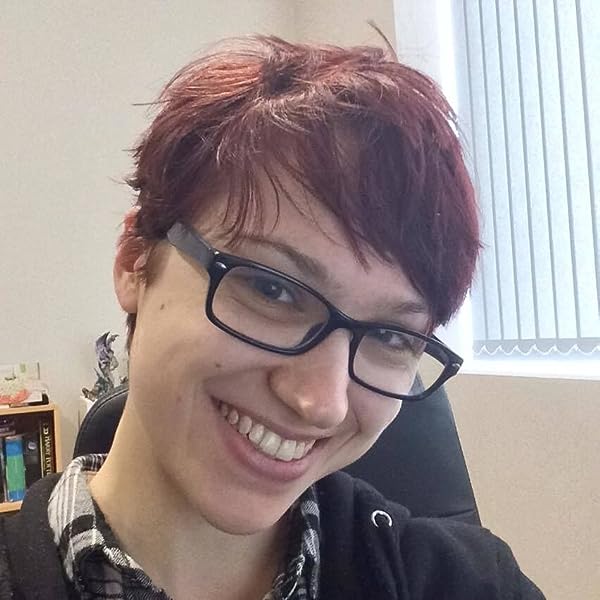 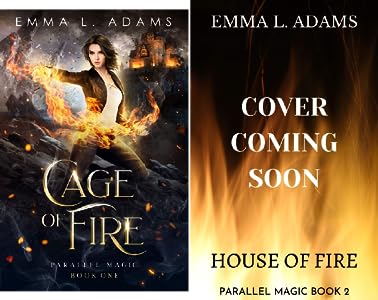 Zv
4.0 out of 5 stars Excellent Begining of a New Series
Reviewed in the United States on August 8, 2020
Verified Purchase
We meet Bria, a fire mage Who is down on her luck and hiding out. She gets involved with a group of Spirit mages and is convinced to join the Death King’s competition to choose a new Fire Element soldier for his guard. There are a number of incidents that occur and Bria has to dig deep to find out the truth about what is really going on. This a well written book and it keeps the reader engaged.
Read more
Helpful
Comment Report abuse

Kreela
5.0 out of 5 stars Fun fun fun
Reviewed in the United States on July 22, 2020
Any book whose first paragraph includes carrying a crate of vampire chickens has caught my attention. I know immediately that it is quirky, funny, and possibly full of magic or action.

And action-packed it is. Bria is hiding from the Family (whoever they are) by competing in a Fire Elemental competition…and she is a spy. It is a roller coaster of constant action, filled with little bits that made me laugh. Bria is not great at spying, but the Marvell-superhero competitors are even worse at figuring that out. Also, a guy named Shawn keeps popping up to “help” her at first but turns into the ultimate Evil antihero.

There are numerous other characters you will like or hate such as Harper, her brother Percy, her pseudo-boyfriend or helper, Liv, and the Death King himself. The twists near the end I did not expect.

What I found less exciting: for the first 2/3 of the novel, I experienced deja-vue. If you read the previous trilogy featuring Liv first, you will see the same scene from a different person’s viewpoint. Only later in the novel does the plot become completely new. This left me bored at points, even with the action. I would totally recommend this if you start fresh as a new reader, or wait a while between series.

This is an amazingly complex plot. With all the action crammed in, at points I felt the characters rushed to a conclusion I did not see…it was so fast. I felt whiplash. But I completely enjoyed it and would recommend purchasing it.
Read more
One person found this helpful
Helpful
Comment Report abuse

Miko
4.0 out of 5 stars Up and coming with an interesting lead, and finally, some spirit answers!
Reviewed in the United States on August 1, 2020
This is the first novel in a new series that parallels another series. As another reviewer said, it appears that meant that we got about 2/3 of the same story from a different character's point of view. The main character Bria is likable and can kick butt, which is always great. I do recommend reading the Order of the Elements series first if you prefer to know more about the world a series takes place in and to set this one up. This one was a bit light in world building due to all the action. However, I love action and do not require a lot of details on surroundings so it worked. I also had the benefit of reading the other series first and knew what to imagine for the most part.

Bria's character has growing to do, and I look forward to more of her story. I do hope the the future parallel books are not just a different point of view but focus on Bria's side adventures running alongside Liv's from the other series. It would be fine to have tidbits of overlapping storyline for continuity and humor, but Bria can be a strong enough character to carry her own independent storylines as demonstrated in the other 1/3 of the book. Be prepared for the story and action to escalate dramatically in the last bit of the book (the whiplash effect as referenced by another reviewer). This is not uncommon in the author's works for her first books in series and it typically evens out throughout the series. I look forward to the next books to see how Bria grows and learning more about the Spirit mages. Is it just me, or are we learning more about spirit magic in the fire mage character's series than in the spirit mage character's?
Read more
Helpful
Comment Report abuse

Michael Lewis
5.0 out of 5 stars An outstanding urban fantasy series
Reviewed in the United States on July 31, 2020
Outstanding urban fantasy series. A great cast of characters and an entertaining story line. This is a second series running parallel with this authors other current series. Read the story from two different points of view and two sides of the story. The death king is the ruler of the dead lands in the parallel. The parallel is a separate dimension from earth. Well magic does exist on earth it is highly restricted. Many magical people and beings live in a parallel because they can use their abilities freely. From the other series we’ve learned that the death kings fire elemental has betrayed him. He is searching for a replacement fire elemental. Our main character in the story is one of the contestants competing to win the job. Follow along as bad actors are trying to start another war. Mini characters cross over from the other series and we see different interactions between characters in both Siri. A very unique perspective and more detailed information in this world. Action packed and a fast read. Check it out
Read more
Helpful
Comment Report abuse

sissyj59
5.0 out of 5 stars Unexpected
Reviewed in the United States on July 26, 2020
I was not expecting a story from Bria's POV, I did enjoy it. I always find different POVs enlightening. I believe that this is an important aspect to these interconnected series. I will say that I loved this book and the surprising ending. I do not do spoilers so give it a read.
I received an ARC from the author and I am leaving my Totally Honest review because I choose too and I loved this book. Happy Reading!
Read more
Helpful
Comment Report abuse

Diane
5.0 out of 5 stars Great start to a new series
Reviewed in the United States on July 22, 2020
Received a copy to read at no cost to the author. I couldn't put it down. It was a great read. I love the characters and story so far. It has some great twists and turns. Readers will be drawn into the story from the first page. It is a great start to a new series by the author. Readers who love fantasy will want to read this one.
Read more
Helpful
Comment Report abuse

EveatEden
5.0 out of 5 stars What's hotter than a fire mage!
Reviewed in the United States on July 21, 2020
Another amazing start to a new series. This series shares the world with the Order of the Elements series but is from a new point of view. The main character is interesting and witty and powerful. She is determined and strong. I can't wait for the next installment of this fast paced mystery laden series!
Read more
Helpful
Comment Report abuse

Kelly and Dan Roever
5.0 out of 5 stars Loved it!
Reviewed in the United States on July 24, 2020
A wonderful fast paced entertaining start to a new series set in the same world as Order of the Elements series with a new character POV. Great character development and a fantastic story plot that twists and turns, makes your emotions swirl and leaves you waiting for more.
Read more
Helpful
Comment Report abuse
See all reviews from the United States