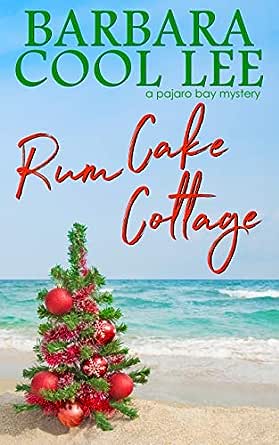 You've subscribed to A Pajaro Bay Mystery! We will preorder your items within 24 hours of when they become available. When new books are released, we'll charge your default payment method for the lowest price available during the pre-order period.
Update your device or payment method, cancel individual pre-orders or your subscription at
Your Memberships & Subscriptions
There was an error. We were unable to process your subscription due to an error. Please refresh and try again. 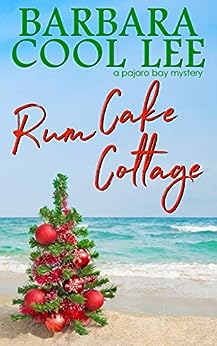 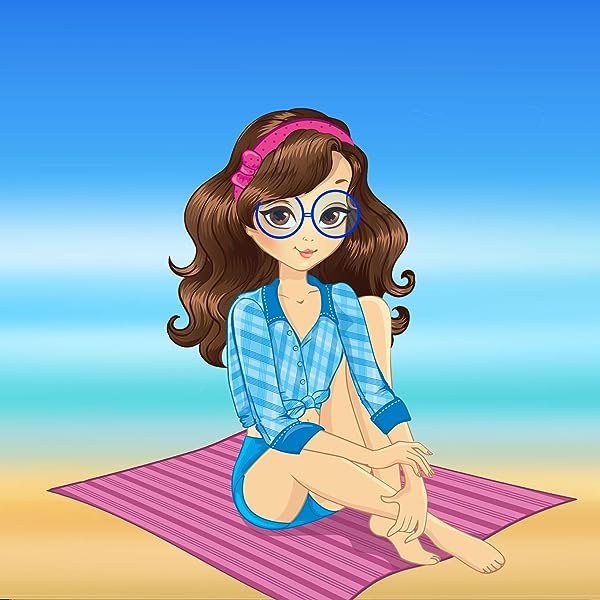 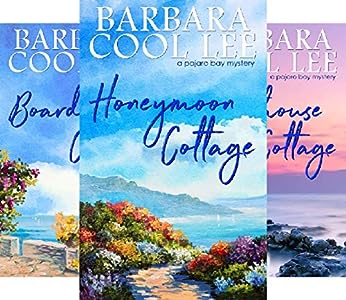 Vickie
5.0 out of 5 stars An entertaining story
Reviewed in the United States on March 15, 2020
Verified Purchase
The first book in this series was great. The second two, not so much, but this fifth book in the series was back to the level of the first book. I enjoyed reading it and was sorry to see it come to an end. I don’t like to give away any of the plot so my reviews of a book try to stick to the basics of whether it was a good story or not. The characters were well developed and interesting. The ending was a surprise. I do recommend this book. It had romance,
action, drama and mystery in it. Everything you could want in a good story.

Colleen
5.0 out of 5 stars Another Unique and Intriguing Mystery
Reviewed in the United States on May 3, 2018
Verified Purchase
When I first started this series and enjoyed it, I thought I would spread out getting the books, but I just could not put them down. Barbara Cool Lee writes in a style I so thoroughly enjoy. Rum Cake Courage was no exception. I think part of what I like is that in each story, I learn more about Pajaro Bay and am introduced to new characters, each one very unique. The author has a way, through her writing, of transporting me to this little seaside town where I get to be a part of the story. I really enjoy the mysteries that get solved. The is always such a clever twist at the end. I am also a romantic. I love the happy endings. Life is way too serious, and these stories give me an escape for a short time. I am now starting book 6 and hoping book 7 will be out very soon!
Read more
3 people found this helpful
Helpful
Comment Report abuse

A. Lee
5.0 out of 5 stars A heartwarming place to live, and mysteries to solve.
Reviewed in the United States on July 6, 2018
Verified Purchase
Roxy comes home from a 10 year prison sentence to find her daughter and also finds Xander, her old boyfriend and the caregiver of her daughter. She finds a new mystery she must solve before finding the solution to her own problem, finding out who did the crime for which she was incarcerated. Pajaro Bay is a place I want to visit and Barbara Cool Lee brought to life. Quirky characters abound and life is funny and interesting in the town. She is an author I will follow. I received this free and am writing an honest review.
Read more
2 people found this helpful
Helpful
Comment Report abuse

genenevl
5.0 out of 5 stars Gotta admit I'm hooked on this series. The first ...
Reviewed in the United States on July 21, 2017
Verified Purchase
Gotta admit I'm hooked on this series. The first of many questions that will pull readers into the lives of Pajaro Bay's citizens is, "Why did Roxy Drew spend ten years in prison for a crime she didn't commit?" As the mystery deepens of what really happened on the fateful night that changed Roxy's life forever, she reluctantly turns to her childhood sweetheart to help keep her daughter safe. Time is running out as the clues circle and dead end, bringing up even more questions about secrets that lurk beneath the surface of a charming tourist town on the California coast.
Read more
4 people found this helpful
Helpful
Comment Report abuse

Shelsyn
5.0 out of 5 stars Superb story ...
Reviewed in the United States on February 13, 2018
Verified Purchase
How I love Pajaro Bay .. all the folks that live and love there, are so wonderful. You can imagine being right there, experience all the things they do, right along with them. Well written, a 'can't put it down' book. I recommend this book to all that love reading. Looks for book #6 ..😉
Read more
One person found this helpful
Helpful
Comment Report abuse

Kindle Customer
5.0 out of 5 stars Love this series..
Reviewed in the United States on September 8, 2020
Verified Purchase
I can not get enough of this series.. I am absolutely in love with each and every one of these books. I really hope and pray that the author does even more books about Pajaro Bay... They are awesome.. Not a disappointment at all.
Read more
Helpful
Comment Report abuse

Tal in Napa
4.0 out of 5 stars Quite the twist
Reviewed in the United States on August 31, 2020
Verified Purchase
Twists in several places in the story. What fun! And I feel like I know the people. Thanks. For a good read.
Read more
One person found this helpful
Helpful
Comment Report abuse

oldlady
5.0 out of 5 stars Great book
Reviewed in the United States on November 1, 2020
Verified Purchase
What a wonderful story. I enjoyed reading this book. I would recommend this book highly. This is the first book I’ve read by this author I will read more of her books.
Read more
Helpful
Comment Report abuse
See all reviews

Nikkib
5.0 out of 5 stars A good read
Reviewed in the United Kingdom on February 6, 2018
Verified Purchase
I read this book, the 5th in the series, as Rum Cake Cottage, but it is the same book.

We revisit Pajaro Bay as Roxy Drew is released from prison, after serving 10 years for a murder she admitted to, but did she really do it? She has been left her Grandmothers cottage, the one she grew up in after her Mother ran off and left her.

Alexander, the local newspaper owner and editor, and now elected Mayor, has known Roxy all her life, he looked after their daughter, Ria, whilst she was in prison.

Roxy and Ria are alike in many ways, all Roxy wants to do is get to know her daughter, but Alexander thinks this will be a bad idea, but he can't get past the fact he loved Roxy.

Then there's the missing 2.2 million dollars missing from the murder of the security guard, does Roxy know where it is. Someone thinks she does, and threatens the person she holds most dear to her heart, her daughter. Roxy is on a mission to find out who is behind the threats once and for all.

A love story with a mystery thrown in, completely readable and standalone like the other books in the series.
Read more
3 people found this helpful
Report abuse

LORRY50
5.0 out of 5 stars GREAT SERIES OF BOOKS
Reviewed in the United Kingdom on February 27, 2019
Verified Purchase
I loved this whole series of books, I bought one after the other and read them all!! You can read them as stand alone books but I couldn't resist reading one after the other.
Read more
Report abuse