You've subscribed to The Rafe & Kama series! We will preorder your items within 24 hours of when they become available. When new books are released, we'll charge your default payment method for the lowest price available during the pre-order period.
Update your device or payment method, cancel individual pre-orders or your subscription at
Your Memberships & Subscriptions
There was an error. We were unable to process your subscription due to an error. Please refresh and try again. 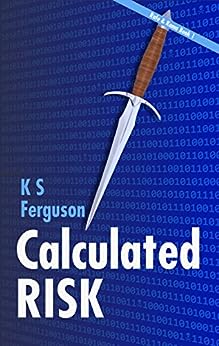 Listen with Pride
Explore the diverse array of titles—some funny, some brave, some thrilling, some sad—to find connection and inspiration. See more
Books In This Series (2 Books)
Complete Series 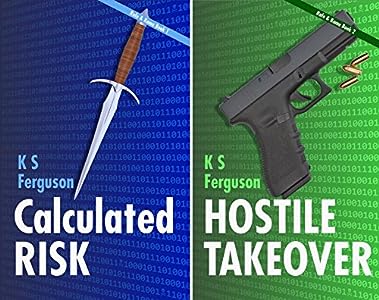 C.J. Shane
5.0 out of 5 stars Mystery, suspense and romance in a sci-fi package
Reviewed in the United States on October 13, 2020
Verified Purchase
Calculated Risk is unusual in that it is a really a multi-genre story: a mystery-suspense novel wrapped up in a sci fi setting with a dollop of romance thrown in. Rafe McTavis is head of his own security company after having left the family business under a cloud. He has been blamed for his deceased wife’s death. He’s innocent, and more than that, he’s really smart, very ethical, and charming to boot. Kama Bhatia is a brilliant hacker who works in security and who has a strong affinity for the poor and downtrodden of the world.

Kama and Rafe come into each other’s orbit at a mining space station. Rafe is attempting to unravel a complicated corporate mystery which includes murder. Kama is won over by his honest, caring approach and his desire to helping out the miners. The mystery gets unraveled bit by bit. The suspense heightens with one especially intense scene outside the space station when Rafe and the villain both experience torn space suits, not a good situation in outer space. Naturally, Rafe and Kama are drawn to each other and come to cooperate in solving the mystery. Excellent read. I’m looking forward to the next in the series.
Read more
Helpful
Report abuse

The two main characters were complicated and appealing, I’m not sure who I like more. Rafe McTavish, on the surface a suave businessman, but so much more, or Kamala Bhatia, pretending to upgrade equipment but really a hacker involved in corporate espionage. I loved how Rafe’s strong character comes out in subtle hints through his quick thinking and fighting skills and the way he treats others. Kama is the perfect female character, smart and strong. The witty dialog and word play between them was entertaining.

Rafe and Kama end up investigating the same mining operation where a killer is on the loose and there has been a lot of fraud and theft. When the manager is missing, the big question is ‘Where is Mr. Lavine?’ I love the background of both characters, and the colorful secondary characters, from the miners, to Rafe’s complicated family members, to the alternative physician Janice. While Rafe and Kama learn to trust each other, they don’t trust the companies they each work for. And when Rafe becomes the killer’s next target, the suspense kept me up reading all night.

Amazon Customer
5.0 out of 5 stars A who-dunnit in a futuristic setting
Reviewed in the United States on May 4, 2015
Verified Purchase
As other reviewers have mentioned, at its heart, this is a mystery. The two main characters, Rafe and Kama, are polar opposites. Rafe is a capitalist and self-made man. He's driven by law and order. Kama is a socialist and favors any means necessary for justice to prevail, even if it means breaking the law. They're isolated on a space station, surrounded by hostile men, and each is in search of answers to different puzzles. The puzzles turn out to be related, forcing these two to work together in order to solve the mystery.

The pace is fast and the suspense high. While there's a definite relationship developing between Rafe and Kama, this isn't a romance. There's a bit of comedy when they're both vying for a confession from a suspect while eating dinner together. There's also great action, including explosions and chases in spacesuits. If you like to follow the clue trail to see if you can unmask the killer before the author does, this book has that, too. The clues are subtle. You'll need to pay close attention to get them.

I enjoyed this book and will be reading the next in the series to see what happens to Rafe and Kama. While this volume has a complete story arc (and no cliffhanger), an open question remains to carry the pair into the second book.
Read more
Helpful
Report abuse
See all reviews

Kimbie
4.0 out of 5 stars Fast-paced sci-fi crime thriller.
Reviewed in the United Kingdom on December 6, 2014
Verified Purchase
We are plunged into the action right from the start in this fast paced sci-fi adventure. And there is lots of action often well described. Characters move and react to their situation very dramatically and this helped to keep the narrative engaging. We are never sure just who is doing what to whom and why, which adds to the overall drama of the book. The narrative style is quite noir and I enjoyed the use of similes to help the characterisation of the main protagonists. The shifting viewpoint added to the mystery and suspense on the whole. Although, the many inner thought explanations of plot, made the pace slow down on occasions.

There is no need for me to talk about the plot as it is neatly done in the book blurb. Needless to say this is a complex tale of crooked businessmen and betrayal on a corporate level, set in the future and deep space. Rafe McTavish came across as a rather whimsical rich kid, with a tragic past, who is caught up in a world of intrigue he has to survive. He certainly gets stuck in and isn’t afraid to be the hero when it comes to a fight; there are quite a few. Kama Bhatia, computer hacker, is feisty and a nice counter balance to Rafe’s swashbuckling antics, she is the brains behind the brawn, so to speak.

The incidental characters are on the whole well drawn out. But I found some of them a little bit clichéd on occasions and their interaction somewhat forced, as was the dialogue, which veered towards exposition, and that was a shame, as when it wasn’t, the conversations between characters came across as naturalistic and often humorous in tone.

I would have liked more setting description in the beginning though as I was a bit lost as to where and when the action takes place, a minor detail though for KS Ferguson has written a very lively and full-on book that lovers of mystery, crime and action adventure will adore.

There are lots of secrets that are revealed throughout the narrative. As this is a crime thriller, lovers of the genre will not be disappointed in the plot twists and turns, and the ending is suitably intriguing to make the reader want to know more.
Read more
Report abuse

Jimbo
5.0 out of 5 stars A great scifi read
Reviewed in the United Kingdom on December 14, 2014
Verified Purchase
The most entertaining partners are with doubt ill- matched ones, preferably those with differing motives and agendas and this is certainly true of K.S. Ferguson’s dual protagonists. Rafe MacTavish is a businessman and head of an extremely successful security firm whilst Kama Bhatia is a wanted cyber criminal, yet also someone possessed of a strong moral compass and opposed to the dominant, amoral corporatocracy. The fact that they are simultaneously attracted to and suspicious of one another also adds to their complicated interpersonal dynamics.
There is a great deal to praise about ‘Calculated Risk.’ The writing, pacing, premise and characterisation are all excellent. One aspect I particularly enjoyed was the self contained setting of the space station. It works perfectly because this novel is as much suspense/ thriller as it is science fiction. I should also add it’s something of a detective story as well. In fact there’s so much going on plot-wise in the novel that the reader is constantly kept on their toes. A great read and fully deserving of five stars.
Read more
Report abuse
See all reviews
Back to top
Get to Know Us
Make Money with Us
Amazon Payment Products
Let Us Help You
EnglishChoose a language for shopping. United StatesChoose a country/region for shopping.
© 1996-2021, Amazon.com, Inc. or its affiliates