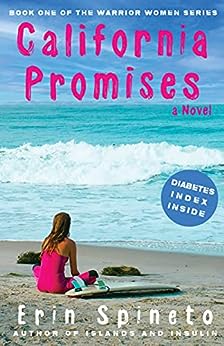 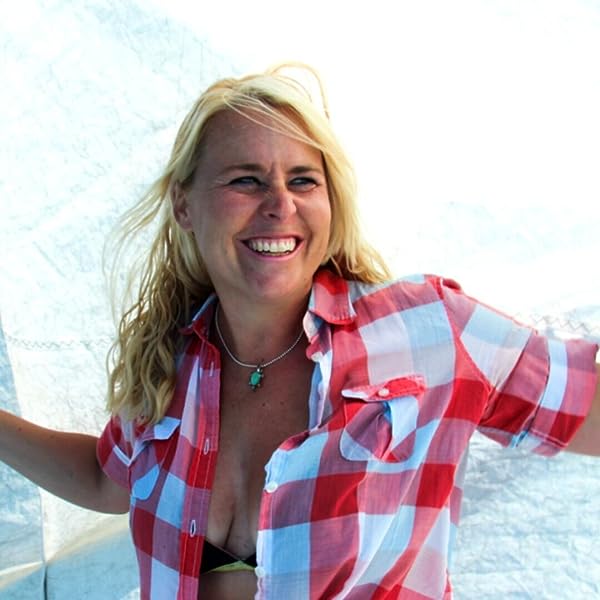 Romance Reads Reviewed by K ~Kristien~
4.0 out of 5 stars Great story
Reviewed in the United States on June 29, 2021
I loved that this book involved a character with Diabetes type 1 and how it was written into the story. It was a part of her life, but Charlie was more than someone with diabetes.
I think this is an excellent way for people to learn a little about diabetes and what someone who has it goes through life. It will help people understand what it is to live with diabetes.
At the end of the book was a that explained certain things about diabetes that happened in the book, which was a great idea.

Charlie and Greyson have been friends for years, but Greyson has secretly been having feelings for his friend.
Greyson was a hot firefighter. (*fans herself). He loved Charlie and wants to be more than friends. The way he talked about her was so sweet.
Charlie is a tomboy who has her own set of rules to keep Greyson in the friend zone.

There were so many miscommunications between Greyson and Charlie. In my opinion, some were unnecessary.
At some point, I wanted them just to be open and move forward.
I liked the detailed writing style and the enormous progress both characters make during the story.

I enjoyed reading this story, it was angsty and humor-filled. Apart from that, I think everyone should read it because it is a fun way to learn something about an illness many people battle.

I received an ARC from the author and am voluntarily leaving my honest review.
Read more
One person found this helpful
Helpful
Report abuse

Adrienne Bird
4.0 out of 5 stars Really, such a great story
Reviewed in the United States on June 21, 2021
Sometimes you just have to throw out the rule book! Great story of friends to lovers, strong female heroine, hot firefighter best friend, great banter, HEA with great resources for learning more about diabetes.

Charlie is a great lead character with strong morals, great personality and living with type 1 diabetes. Her best friend, Greyson friend zoned her when they first met and she’s kept him firmly in that zone by abiding by her own set of rules.

Greyson has secretly been in love with his best friend, Charlie since they met. Now that’s he’s finally wanting to risk their friendship to see what more they could have, he’s trying to convince Charlie to throw her rule book about their friendship out the window.

With so much miscommunication between the characters it’s no wonder it takes them so long to get together. This is a longer book but with that you get such great character development and you really feel like one of their friends on this journey with them. Really well written and well done.
Read more
One person found this helpful
Helpful
Report abuse

Amanda Hyde
4.0 out of 5 stars Amazing Own Voices Story
Reviewed in the United States on July 6, 2021
I am falling in love with own voices main characters. The impact they have on my emotions is insane and this one was truly a breath of fresh air, but also do heart felt.
I love how flawed Charlie and Greyson are. They each have these little pieces that make them such believable characters because they are far from perfect. I rarely find a friends to lovers romance that I can truly get behind but the undeniable chemistry between these two and just how much they care was amazing!
Charlie has Type 1 diabetes, and as some one not very familiar, the story gives you enough information you understand her and you feel for her with out her just being a girl with diabetes. She was so much more then that and so often I have found stories where the main character has an illness or health issue and the story is so wrapped around that illness that there isn’t a story without it, and that was not the case here. I felt for these characters, their miscommunications annoyed me BUT they actually made since with the story and didn’t feel like tools to make the story progress.
I plan to continue with this series and to continue my journey of reading own voices health stories because the feels are amazing!
Read more
One person found this helpful
Helpful
Report abuse

The OC BookGirl
4.0 out of 5 stars Fun romcom from inspiring author with T1 Diabetes
Reviewed in the United States on June 23, 2021
This book is so refreshing and sweet! I loved Charlie’s character - strong and funny and brave. Her best friend Greyson wants to move out of the friend zone and there are lots of miscommunications along the way. Loved how the characters health conditions were normalized and part of the story. Informative and inspiring new title!
Read more
One person found this helpful
Helpful
Report abuse
See all reviews
Back to top
Get to Know Us
Make Money with Us
Amazon Payment Products
Let Us Help You
EnglishChoose a language for shopping. United StatesChoose a country/region for shopping.
© 1996-2021, Amazon.com, Inc. or its affiliates