You've subscribed to Oyster Harbor! We will preorder your items within 24 hours of when they become available. When new books are released, we'll charge your default payment method for the lowest price available during the pre-order period.
Update your device or payment method, cancel individual pre-orders or your subscription at
Your Memberships & Subscriptions
There was an error. We were unable to process your subscription due to an error. Please refresh and try again. 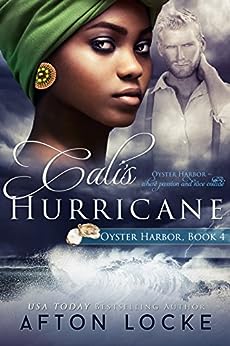 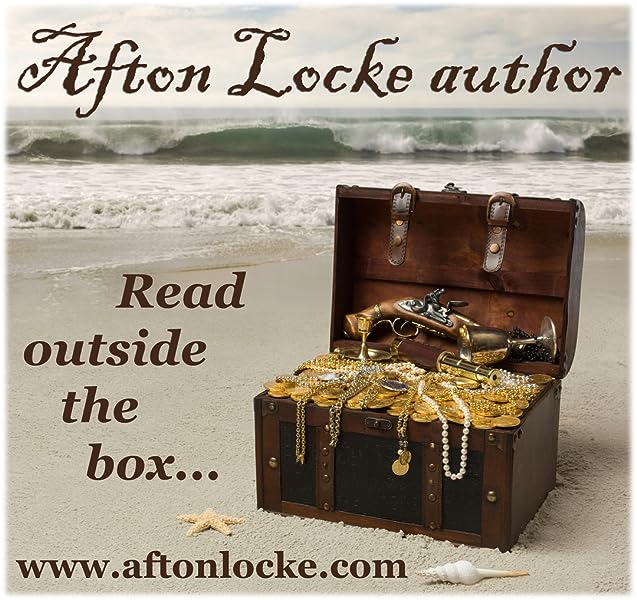 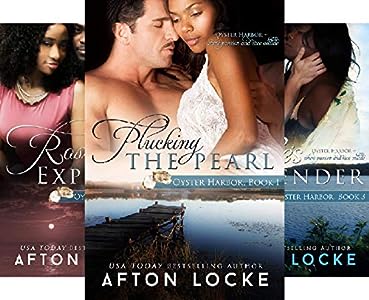 Afton Locke is a USA Today Bestselling Author who prefers romantic fantasies to everyday reality. Fantasies take her to different times, races, places, and beyond. She lives with her husband, several unnamed dust bunnies, and a black cat that can be scary or cuddly, depending on the current book. When she’s not writing, Afton enjoys hiking, cooking, reading, and watching retro T.V. --This text refers to the paperback edition.

SunshineDei
2.0 out of 5 stars Fell Short 😕 Didn't quite hit a mark
Reviewed in the United States on April 9, 2016
Verified Purchase
Wow okay where do I start without giving too much away...
I love the cover although I don't think the cover models help give a clear picture of how the characters are supposed to look. I didnt realize that there would be two love stories in one (which is a plus in my opinion) but to me it seemed that although this was advertised to be Jon and Cali's story I felt that we received more from Jimmy and Mary! Jonathan was marked the most hate filled man on Oyster Island but honestly in spite of the things he'd done, I didn't quite feel it.... He and Cali's relationship seemed very forced at first as did Mary and Jimmy's so for me it's safe to say in the beginning I struggled with it and I almost put the book down for good! Initially the constant use of the word "Colored" annoyed the heck out of me an although I'm aware that this is a historical an in those times, terms such as those were used, I had to remind myself a few times and after thinking about it I appreciate the author choosing to use "Colored" especially when being used by a klan instead of using other demeaning hateful words. Also It made me feel some type of way that the Author continuously referred to Mary as beautiful (especially in Jimmy's eyes and that's wonderful IMO) and even compared her looks an silhouette to that of an Angel at one point in the book but the only physical attributes that were mentioned over and over according to the narrator about Cali, was her golden brown skin and golden "cat eyes" (which Jon seemed to love 😍) as well as the need to mention her long hair several times but never really using the word beautiful. I just feel that the Author had no trouble complimenting the beauty of her past black female characters Pearl and Rose because in their description their features were more European (especially Rose) but she seems to struggle with black female characters who are described in so many words as having more African features and when reading that's a problem for me. Makes me wonder if we look more "black" (native or african) are we not beautiful in the eyes of some? I mean hey let's recap for a moment, Sadie was characterized as fat and unattractive multiple times in her story never did she reach the height of being labeled a beauty where as the use of the word beautiful when speaking of Pearl and Rose were limitless!😕 Anyhow when the plot of the story really started to unfold the author began to grab my attention and I continued to read wanting to see how it would end. *Semi Spoiler Alert********
Although I kept waiting for Jon to do something romantically remarkable to make up for his ways and truly display his love and affection for Cali making me as the reader root for them, it fell short for me. I guess I can conclude that the story did however end on a HEA and although this book didn't really grab me, Ms Locke is a great storyteller and I give her props for writing a historical romance especially being that it's interracial (not many choose to nor can many deliver). I must admit though that the ending where Cali and her sister happen upon Mr. Lewes (owner of the Sapphire Club) does have  me wanting to read the next installment in the series if there will be one! If so I just pray that it compares or tops the first book in this series (Plucking of the Pearl) which so far is my favorite in the Oyster Island series! An I hope that the description of the next lead black female character is recognized accordingly just as any lead in a romance novel or I hate to say it but I'll "be out"! I rate  Two and  1/2 🌟🌟⭐ stars!   I apologize if some find fault with my long review but I was actually torn on if I should leave one or not, and decided that I should, ☺ hey I did pay $3.99 for my electronic copy so hey why shouldn't my honest review count.....
Read more
3 people found this helpful
Helpful
Report abuse

Kindle Customer
3.0 out of 5 stars Cali and Jonathan remained behind towatch over the newly built hospital
Reviewed in the United States on May 15, 2016
Verified Purchase
Cali Waters traveled to Oyster Harbor from Louisiana after the death of her husband Ernest. Known as a healer, Cali dreams of one day becoming a doctor or healer. In order to do so, she takes a job as housekeeper for the mayor and his family. Though she struggled to hold on to her dreams and the memory of her husband, Jonathan Carter, the mayor’s son, excited and angered her at the same time. Jonathan harbored hatred. He was determined to continue the traditions of island and maintain order. As the island prepared for a hurricane, Cali and Jonathan remained behind to watch over the newly built hospital. When Jonathan is injured, both realize that they could heal each other.

This is the fourth installment in Afton Locke’s Oyster Harbor series, “where passion and race collide”. Taking place in the 1930’s, readers instantly become aware of the tensions, hatred and fear between the characters. Nevertheless, this is a romance story and Locke has managed to show how two completely different characters could fall in love despite their current situation. Although I found the story entertaining, there was really two love stories in one, I wished the author included more history into the story. This was the first story I’ve read by Locke and I am interested in reading the other books in the series.

Sleep less in mi
3.0 out of 5 stars I miss the passionate Afton Locke
Reviewed in the United States on June 27, 2016
Verified Purchase
This book fell short for me. When Plucking the Pearl came out you became a automatic one click for me, there was so much passion in that writing and then something happened between Jamaican Temptation to now this series it's as if there's research but no real steam in the writing. Cali's Hurricane in my opinion could have been so much more, it was better than Sadie & Rose story which is a plus and I have to say you are really SO good with these stories I just need you to get that steam back because the potential is already there!!
Read more
Helpful
Report abuse

CM
5.0 out of 5 stars Loved It!
Reviewed in the United States on March 25, 2016
Verified Purchase
Amazing! I was so excited when I read the blurb for this book and became giddy at the fact of getting two love stories in one. I rooted for both couples. The growth that Jon and Mary both went through was amazing. Jon's love for Cali had him rethinking everything he stood for. Mary transformed from a timid, scared girl to a woman who fought for the love of her Jimmy. I'm going to reread this book, I enjoyed it so much. I hope Afton Locke will continue with this series because I love it so much. Great read.
Read more
Helpful
Report abuse

danikat
2.0 out of 5 stars Unbelievable
Reviewed in the United States on April 5, 2016
Verified Purchase
I just didn't really find this book believable, and it all felt way too similar to the other books in this series. I enjoy historical romance, but this one missed the mark for me.
Read more
Helpful
Report abuse

B. Anderson
5.0 out of 5 stars A great series
Reviewed in the United States on June 16, 2017
Verified Purchase
Loved the series. I was captured from the very first book. I hope a book 5 is in the works.
Read more
Helpful
Report abuse

Kmb
5.0 out of 5 stars Five Stars
Reviewed in the United States on April 3, 2016
Verified Purchase
This book was really good and I finished it in one seating
Read more
Helpful
Report abuse
See all reviews