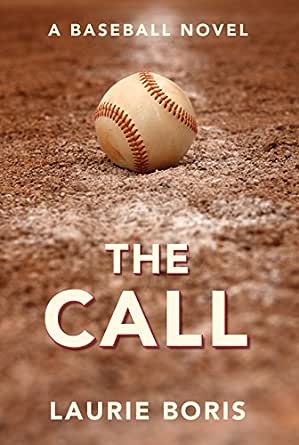 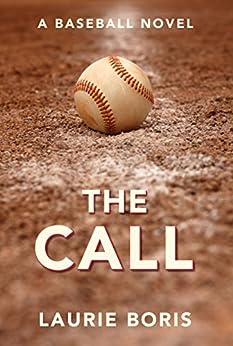 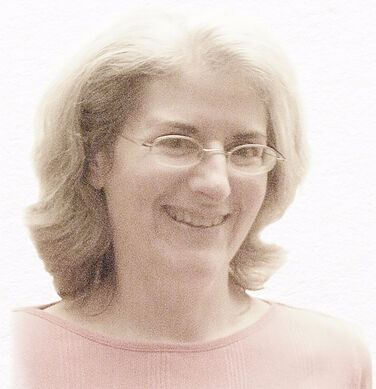 "Interesting and original... Engaging and solidly paced. Baseball fans will love this book." --Publisher's Weekly, Booklife Prize
"This is an entertaining novel in which all of the main characters are realistic and easy to cheer for and is recommended reading for all baseball fans." -- Lance Smith, The Guy Who Reviews Sports Books
"When I picked up The Call: A Baseball Novel, the last thing I expected was to meet a female protagonist, and I must say that she is so well developed and the story so original and deeply moving that I couldn't put it down. ... The themes of family, sports, friendship, and personal development stand out in the narrative, and the plot twists are a great seasoning to an already interesting story. Great writing, an impeccable narrative and exciting dialogues." -- Readers Favorite

Laurie Boris has been writing fiction for over twenty-five years and is the award-winning author of seven novels. When not playing with the universe of imaginary people in her head, she’s a freelance copyeditor and enjoys baseball, reading, and avoiding housework. She lives in New York’s lovely Hudson Valley. --This text refers to the paperback edition.

4.8 out of 5 stars
4.8 out of 5
27 global ratings
How are ratings calculated?
To calculate the overall star rating and percentage breakdown by star, we don’t use a simple average. Instead, our system considers things like how recent a review is and if the reviewer bought the item on Amazon. It also analyzes reviews to verify trustworthiness.
Top reviews

Lorraine Devon Wilke
4.0 out of 5 stars In the unique setting of baseball, a feisty young protagonist pursues her dream despite pushback from every direction
Reviewed in the United States on April 10, 2018
Verified Purchase
I’m not sure I’ve ever read a novel in which the main protagonist is a young female umpire. That, right there, puts The Call in a singular category!

And I don’t say that blithely. As an avid reader of fiction, I find that far too many books cover the same well-tread ground in terms of what their protagonists do, what their goals and aspirations are; what drives them and what holds their attention. This book ventured into refreshing territory on all counts and I, for one, was appreciative.

This is the story of 20-year-old Margie Oblonsky, the twin sister of Tim, an up-and-coming baseball pitcher, and the daughter of a well-respected league umpire and his beleaguered baseball “widow,” who endured the push and pull of building family life around big league baseball. The sport is in their blood and despite her age and gender, Margie is determined to break barriers, and whatever ceilings get in her way, to pursue her dream of being a league umpire herself. This is the 80s, long before #MeToo and Twitter and open discussions of where women fit in the big picture in certain “male” professions, and Margie’s journey is a cold-water dip into some decidedly harsh realities.

I’ve read Laurie Boris’s work in the past (a big fan of her book Sliding Past Vertical) and not only enjoy her facility with words and plot, but her skill at setting time, place, and tone. In The Call, she puts her story in an earlier era, the 1980s, but for whatever reason, it actually read a little older than that to me. The old-fashioned sensibilities of some of the characterizations and relationships felt of a time even earlier than the 80s, but perhaps that has more to do with my lack of knowledge of the industry than anything else. But this is, truly, a small criticism to the overall.

And frankly, that “old-fashionedness” offered sharp juxtaposition to the story’s interwoven issues of corruption, workplace harassment, and blatant sexism, none of which Boris soft-pedals. The sharp edges of those offensive behaviors felt all the more grating given the almost sepia-tone of the unfolding narrative and the feistiness of the main character. One could only admire the resilience of a woman so young enduring and persisting in the face of vile, aggressive behavior from men who simply did not want her anywhere near their game.

That, in fact, is one of the most successful elements of the story: the page-turning plot line involving doping, corruption, and potential threats of violence against Margie for simply doing her job right. It had me guessing throughout.

And, beyond a really good story with some richly drawn characters, you’ll probably learn more about baseball reading this book than you’d even expect from Sports Illustrated! Personally, I love being immersed in professions, industries, and locations with which I’ve had little exposure prior, so enjoyed the arcane and clearly well researched foundation for the book.

The Wanderer
4.0 out of 5 stars Very engrossing...
Reviewed in the United States on April 25, 2020
Verified Purchase
I love base ball. And this is a book all about baseball. It is also obvious that the author either knows a lot about baseball or did her homework real well. While the story is a good one and well told, there were times when I just wanted to yell: "Grow up, guys!" This is the story of a baseball family. The Dad had been in baseball most of his life. He died a number of years before this story really gets going. He had ended up as a bull-pen catcher - not the slot you seek out. He has 2 children - a boy named Tim and a girl named Margie. They are both baseball oriented. Tim is a good pitcher - good enough to get picked up by the Cincinnati Reds. Margie, on the other hand, wants to be a Big League Umpire. While you think the story is all about her - and it mostly is - it is also about her brother Tim. Margie is the first female umpire in the minor leagues. And there are quite a few people, players, managers and other umpires, who do not feel baseball is for girls. While all is well that ends well, there were quite a few times when I just wanted to yell at Margie and at Tim to just knock it off and GROW UP! The book is good enough to draw you in and get you emotionally all worked up. A tribute the story and the writing. I won't spoil how it ends, but it ends well. I only wish that somehow we could also know that all was well with Tim.
Read more
Helpful
Comment Report abuse

Jennifer D.
5.0 out of 5 stars A Damn Good Story
Reviewed in the United States on October 4, 2017
Verified Purchase
Baseball might be a man’s world, but Margie proves not only that there’s plenty of room for women, but also that they can be an integral part of the game. Following her struggles to be taken in by the sport she was born to play, I really connected with Margie’s anger at societal constructs; shouldn’t it always be a question WHO is qualified, and not assumed that gender answers that question? It is eternally frustrating to cut through gender biases just to prove you’re there to do a job, and especially for Margie, who does an exceptionally good job. According to some characters, she’s a little too good at it. Reading this book is a good call – for everyone, whether you’re into baseball or just a damn good story. I can see this easily transitioning to the big screen!
Read more
One person found this helpful
Helpful
Comment Report abuse

A. E. Drury
4.0 out of 5 stars Book for baseball lovers who grew up playing, reading, breathing the game so much that part of them never really grew up.
Reviewed in the United States on May 1, 2018
Verified Purchase
Like most American boys, I grew up playing baseball every summer, watching the Yankees on TV, basically following the same heroic (or so we thought) figures chase the records and achievements of the heroic (or so they thought) figures of their previous generation. We collected the cards of our favorite players and used the cards of lesser-known ones to make our bicycles sounds like motorcycles (or so we thought.) My neighborhood came to life every summer afternoon with the sounds of boys and girls playing variations of the national pastime including stickball, softball, and full on hardball. But then when then something happened that divided our numbers. Little League, Babe Ruth, American League, Semi-Pro. Some of our best and brightest were not included in the next levels of the sport.
This story is about twins who grew up loving baseball. Both had talents which should have easily propelled them to the major leagues. But gender bias in Margie's case and self-doubt in Tim's create a relatable tension in this well-written story about a professional umpire who happens to be a girl and a talented young pitcher prone to the yips and perhaps predisposed to addiction is both entertaining and thought-provoking. I enjoyed it for its nostalgic themes, sense of social justice but perhaps most of all because of its relatable characters.
We've all know a Marge. At least, if we are lucky. A woman who is perhaps stronger than any of the men around her and certainly braver. In my case, it was a girl named Dorothy, who could best most anyone of us on the diamond, on a basketball court, and definitely in the classroom. She was adorable, funny, and wicked good at hitting. Another was my mom who raised me pretty much on her own and taught me how to hit a curve.
Read more
Helpful
Comment Report abuse
See all reviews

Jackmeister
4.0 out of 5 stars Love baseball
Reviewed in Australia on December 4, 2017
Verified Purchase
I’ve watched loads of baseball movies but never read a baseball book and I wasn’t disappointed, this was pretty good, nice to get a bit of an insight into the world of baseball.
Read more
Report abuse
See all reviews