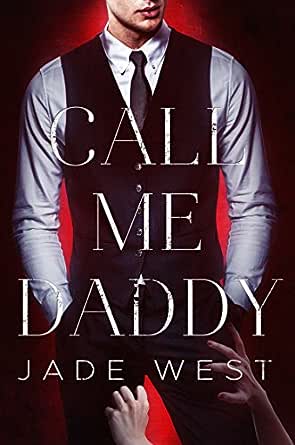 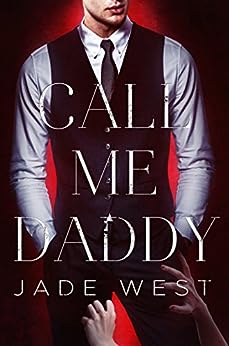 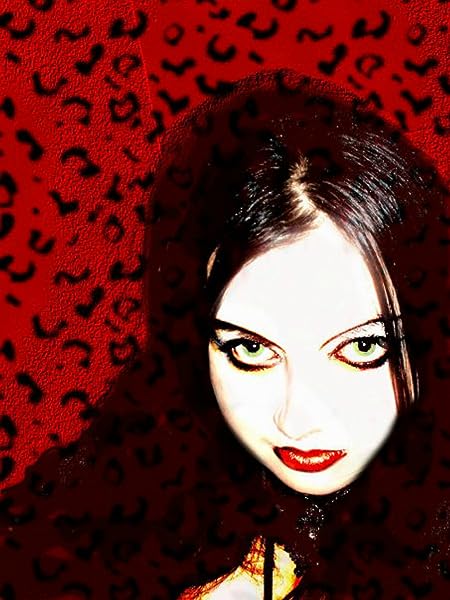 4.2 out of 5 stars
4.2 out of 5
644 global ratings
How are ratings calculated?
To calculate the overall star rating and percentage breakdown by star, we don’t use a simple average. Instead, our system considers things like how recent a review is and if the reviewer bought the item on Amazon. It also analyzes reviews to verify trustworthiness.
Top reviews

His name is Nick, and he says he wants to take care of me, says he’ll look after me, says I don’t need to be alone anymore.

And it’s weird, this thing we have…
It’s like I can’t decide how we’re supposed to be… what we are…
Until he says the words…

Review, spoilers!!!:
This taboo love is so dirty, so wrong, and so yummie!
Laine has been left alone by her mother. So she is alone for her 18th birthday. She goes out with her best friend K.A. who is a selfish B#$%. The “BBF” leaves Laine to fend for herself and now Laine has no means to get home. She starts walking while it rains….
Nick has been alone for a while when he saves Laine from a dirty slime bag. He takes her home and promises her to take of her. Laine feels she can trust Nick. He lets her sleep in his daughter Jane`s room. The room is so pink and pretty, Laine feels safe and at home. Laine could never really be a kid and now she is staying in a room that is a girl`s dream.
Laine starts to feel things for Nick and gets all confused, which I understand. I mean does she have feelings for him like a daughter should or is he making her lady bits tingle? She decides that she wants more from him than security, she also wants to feel him etc.
They both like her calling him Daddy.
They start a relationship and that is when it gets hotter and hotter. I mean scorching.
If you like kinky and don`t mind to go over a couple of your boundaries. This book will blow your mind and other parts to smithereens.
What I liked:
Some of the Daddy kink. Older man/younger woman is a new love for me.
I loved the fact that even though Nick really wanted Laine, he stayed a gentleman, until he just couldn`t anymore. Then the dirty fun began.
I likes how Laine grew in this story. First she was more a little girl and in the end she was more sophisticated.
What I didn`t like:
I`m still not sure about the DD/lg kink. I mean the calling a man Daddy I get, but the dressing up, nope…. In spite of my not being sure, it was hot at times.
Nick saying: Daddy's going to make you his, Laine. Makes me cringe and hot and bothered at the same time.

Ashley
5.0 out of 5 stars Hello Daddy Nick
Reviewed in the United States on January 21, 2017
Verified Purchase
Wow Jade West does it again! I have never read a book like this before, but goodness I loved it. It felt so dirty and sinful to love Daddy Nick so much, but by the end of the book I didn't care.

Laine is a young under experienced 18 year old who has family and friend issues. Her whole life all she has wanted is to be loved and taken care of by someone. She has no idea that she is about to find that the night of her birthday when Nick comes to her rescue.

"Sometimes in life you have to let people take care of you. Sometimes you have to accept that people want to help, want to be there for you." -Nick

Nick is a wealthy man who has had a rough past. He is broken in so many ways and has no idea how bad his life has gotten until Laine shows up and has him feeling things he hasn't felt in years.
Laine is a woman who wants to be loved and wants to experience everything with someone as mature as Nick. She feels safe with him and loved. Daddy Nick is a hot sexy man who knows what he wants and always gets it! We see that in his work life and his personal life with Laine.

I love all of Jade's books. She have never put out a book that has disappointed me! I loved the hot sexy steamy scenes in this book, but I also loved the chemistry between Laine and Nick and how the book had such an inspiring story that left me breathless at the end.

Nancy C Walker
3.0 out of 5 stars Good Writing but needs some revision
Reviewed in the United States on March 9, 2017
Verified Purchase
This book was interesting and disturbing at the same time. I am not a prude and I read the reviews about possible implications of pedophilia but I saw the story differently.

After the death of his girlfriend and her daughter, Nick shut away that part of his life, literally. he closed the door, locked the room and spent all of his time working. Until he happened to come across Laine. Laine is the definition of a latch-key child with some implications that she is not really mentally capable of living on her own. The story starts on her 18th birthday but throughout the story, she reads like she is a 6-year-old playing grown up. This is emphasized in the 20 year age gap between the two.

The story would have benefited from Laine being portrayed as a woman who knew that she was engaging in age play, instead of as a person with limited mental abilities who was the toy of a rich guy.
Read more
12 people found this helpful
Helpful
Comment Report abuse
See all reviews

Trish K Taylor
3.0 out of 5 stars Will push your boundaries - be warned
Reviewed in the United Kingdom on October 9, 2017
Verified Purchase
**3.5 Stars**

This isn't my first Jade book so I can categorically say she is doing what she does best. Kink, smut, dirty, boundary pushing story lines, with characters that will leave you speechless.

Daddy play really isn't my thing tbh, I have no issues with a young girl getting it on with an older man, but throw in the daddy element & i think i end up reading through one eye & feeling more than a tad creeped out. Call Me Daddy had me doing all of that & more as I found myself quite often muttering swear words in the moments when my eyes couldn't believe what they were reading. HOWEVER, I have to say that no matter how many of those moments I had, I was still intrigued enough to see where the story of Nick & Laine was heading & how Jade would give them their HEA.

Laine for me was way to naive for 18 & not just in a virgin way. Honestly her behavior reminded me of a 12 year old at times (hence the cringe moments) & I found her very difficult to relate too on the whole. As for Nick, well clearly this handsome devil has deep control issues that see's him drawn to this girl in more than a sexual way. How he asserts his needs & desires within the daddy role was fascinating yet way beyond creepy, even for me lol. (hence the whaaaaaat moments)

I love Jade & the places her mind wanders too, but take heed. This is not for anyone who has these sort of triggers & truthfully, if you ignore any warnings, just remember you were warned.
Read more
2 people found this helpful
Report abuse

Emma Lloyd 86
5.0 out of 5 stars Loved it
Reviewed in the United Kingdom on February 21, 2020
Verified Purchase
5stars as I'm come to expect from this author. She not only has a amazingly dirty mind when it comes to her books but she certainly knows how to write them so well to the plot always goes at just the right speed. The details are all there the little bit of drama the joy the love it's all packed in this book.
Call me daddy show how Nick need to have control over his partner how he needs to care for her protect her and watch over her. He need his little girl when he meets Lanie in trouble desperate to get away from the hell she has stumbled across she's running towards his car flapping her arms until he stops and rescued her.

Lanie is sick of her friend always treating her like just enough of a "bestie" to get what she wants that's the thing about Kelly Anne it's all about her took me long enough to realise what she did expect was for her to dump her with nothing but the clothes she stood in for a tumble with her latest pickup. No phone no keys no cash nothing that when daddy recurs her like a white knight. He changed her life without really knowing it.

Lisa Pearson
3.0 out of 5 stars Not my favourite ...
Reviewed in the United Kingdom on February 5, 2017
Verified Purchase
As we know Jade West is the queen of kink, but sadly this "daddy" kink wasn't really for me, not my favourite ! I found myself getting slightly bored and not eager to pick it up.

As always with Jade the writing is amazing and the sex scenes them self (if you ignore the daddy part) are super hot and dirty !!

This author will always be an instant 1-click for me, love and read all her other books and will always read her. It pains me to give Jade and this book 3.1\2 stars but i like to be honest with my reviews.

That been said if you're ok with daddy kink then you'll love it.
Read more
One person found this helpful
Report abuse

Cheryl
4.0 out of 5 stars Not what I expected..
Reviewed in the United Kingdom on January 21, 2017
Verified Purchase
Ok, so I'm gonna start by saying the whole daddy thing.. really not for me, I've come across it a few times and it's just literally made me cringe ..

However that being said, I liked this book.. like surprising REALLY liked this book, I went in completely knowing what to expect .. and then it just wasn't like it at all.
It was very well written, and the relationship between Laine and Nick was natural, despite their kink, which made it all the more enjoyable to read.

Kelly-Anne however.. yikes! definitely not someone I'd want in my corner.

A definite 4 stars, and an eye opener for me, to at least give things more of a chance
Read more
Report abuse

Diz
5.0 out of 5 stars Wow
Reviewed in the United Kingdom on January 18, 2017
Verified Purchase
Where do I start?

Amazing writing as usual from Jade and a story that makes you turn the pages. I devoured this book in a few hours just because it's that good and I could not put it down.

If I could've given this more than five stars I would.
Read more
2 people found this helpful
Report abuse
See all reviews