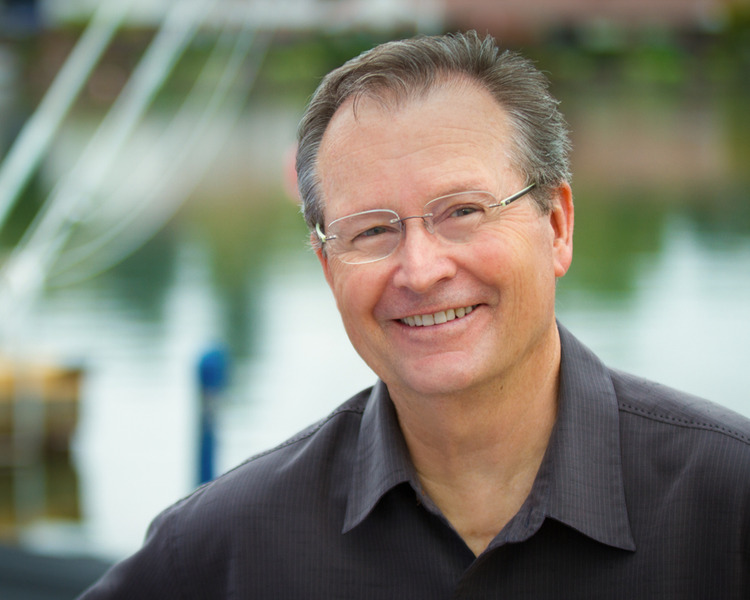 GRAHAM SALISBURY is the author of six other Calvin Coconut books: Trouble Magnet, The Zippy Fix, Dog Heaven, Zoo Breath, Hero of Hawaii, and Kung Fooey, as well as several novels for older readers, including the award-winning Lord of the Deep, Blue Skin of the Sea, Under the Blood-Red Sun, Eyes of the Emperor, House of the Red Fish, and Night of the Howling Dogs. Graham Salisbury grew up in Hawaii.

JACQUELINE ROGERS has illustrated more than 100 books for young readers. She studied illustration at the Rhode Island School of Design.

Every time my mom calls me her little man of the house, I slip out the back door and run down to my friend Julio’s. “Man of the house” means: “Time to clean your room,” or “Take out the garbage,” or worst of all, “Cut the grass.”

This time it was the grass.

I glanced at the door.

Mom hooked her finger into the collar of my T-shirt. “Oh no you don’t. You’ve let that grass grow far too long. You need to cut it. Now.”

“We all have to do things we don’t like. Now, I filled the gas can at the service station. You have everything you need to get that old lawn mower started. Bye.”

I hung my head and made a big show of how hard this was for me. I mean, jeese, I could have been at the beach. “You’re killing me, Mom.”

She pointed her finger. “Go.”

I went out to the garage.

Actually, cutting the grass wasn’t hard. It was just disgusting.

Who wanted to go out there and shred bufos? Bufos are toads, big fat juicy ones. And when the grass got long they came up from the river and dug down into it to sleep. Unless you got down on your hands and knees to look for them, you couldn’t see where they were. But the lawn mower could, and it spat shredded bufo guts all over my feet, every time.

I poured gas into the tank and rolled our cranky mower out into the sun.

It was hot as a frying pan. Nothing moved, except my dog, Streak, who was lounging in the shade under Mom’s car. She lifted her head but didn’t get up.

Streak yawned and went back to sleep.

I looked out over our front yard and all that grass sloping down to the river that ran by our house. Mom was right; I’d let it grow too long. It was so long I wondered if it was even possible to cut it. Man, I thought, there have to be a hundred toads in there.

I pushed the mower to the edge of the driveway.

I could almost hear them snoring.

Up the street, Julio’s house slept in the Saturday-morning stillness. Julio wasn’t out cutting his grass. Nobody else was out there, either. The place was a ghost town.

I looked back at my dog. “Maybe everyone heard Mom say ‘man of the house’ and ran for it, Streak.”

Who could blame them if they had? Sometimes I got Julio or Willy to take a turn at cutting the grass. They didn’t mind . . . until they got splattered with toad guts. Tito and Bozo came wandering down our street once when I was mowing. They didn’t care about the grass, but they loved the toad guts. “Ho, so gross!” Tito said. “I like it.”

Tito and Bozo were sixth graders at my school. I tried to stay away from them because they liked to cause trouble.

Yeah, well, this lawn mower was trouble. I yanked the pull cord.

The engine spat, shuddered, and died.

I tried again. This time it coughed out a cloud of stinky smoke.

But it stayed on.

I covered my ears. The thing was as loud as six guys on motorcycles, gunning their engines and flexing their tattoos.

Streak got up and loped around to the back of the house. “Oh, great,” I called. “Just leave me here by myself.”

I started mowing by the driveway and inched my way down the slope toward the river. I had to push a foot, then pull back, then push, then pull. Inch by inch. Otherwise the grass would clog the blades and kill the engine.

Things were going fine for about five minutes.

I leaped back, letting go of the mower.

“Dang it!” My bare feet were painted with the remains of some sleeping bufo who never knew what hit him. “I hate this!”

I left the mower growling and ran up to the house to squirt my feet off with the hose.

“I saw that,” Mom said, poking her head out the screen door. “You’ve got to chase all the toads out of the grass first.”

“It’s hopeless, Mom. There are too many, and anyway, it would take me all day. And you can’t see them. The grass is too deep.”

“Calvin. You can’t just chop them up! That’s cruel.” She shook her head and went back inside.

The ones I could find, anyway.

I killed the engine and left the lawn mower sitting halfway down the slope.

But Mom was right. I couldn’t just kill them. And anyway I didn’t want to.

I started searching the grass.

The way I found them was with my feet. They were squishy when you stepped on them. Creepy, but it worked.

“Yuck!” I said, stepping on my first snoring victim.

I reached down and dug him out. He was fat, soft, and ugly. I held him up and looked him in the eye. “This is your lucky day, toady. You live to catch another fly.”

That day when Tito and Bozo watched me, Tito said that if I didn’t like all the guts I should dig out the toads and throw them into the river. “They like the water,” he said. “Throw um high. Like a baseball. They like that, too.”

“Sure they do. Try it and see. They just kick back to shore.”

He was right. They just swam back into the swamp grass.

I tossed the toad in a high arc into the water. It landed with a splat and floated for a few seconds, unmoving. Then it woke up and kicked to shore. How can they like that? I wondered.

I shrugged and started looking for another one.

By the time Ledward drove up in his old army jeep, I’d tossed eight toads into the river. Ledward was my mom’s boyfriend. He was a giant Hawaiian guy who had a banana farm up in the mountains.

Ledward shut the jeep down and got out. He grinned. “You looking for bufos in the grass?”

I felt around with my foot and found another one. I pulled it out and catapulted it into the river.

It took a while to recover.

“Maybe you should carry them down to the water?” Ledward said.

“Well, that one hit kind of hard. What you’re doing could hurt them. Maybe even kill them. Did you think about that?”

Ledward studied me a moment, then went into the house.

Page 1 of 1 Start overPage 1 of 1
This shopping feature will continue to load items when the Enter key is pressed. In order to navigate out of this carousel please use your heading shortcut key to navigate to the next or previous heading.
Back
Next
Pages with related products. See and discover other items: camping stories, outdoor science activities for kids