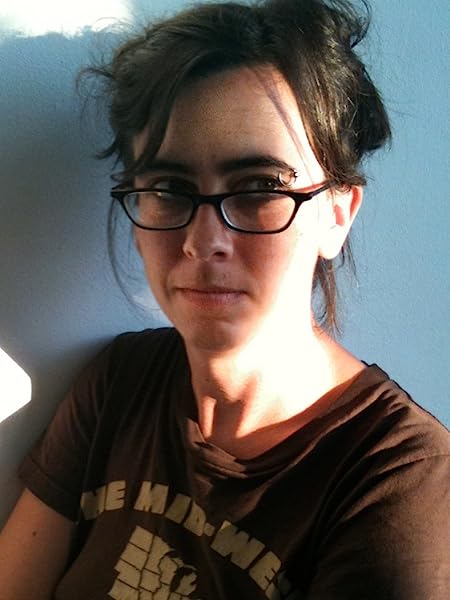 In Cambodian Grrrl: Self-Publishing in Phnom Penh, writer and independent publisher Anne Elizabeth Moore brings her experience in the American cultural underground to Cambodia, a country known mostly for the savage extermination of around 2 million of its own under the four-year reign of the Khmer Rouge. Following the publication of her critically acclaimed book Unmarketable and the demise of the magazine she co-published, Punk Planet, and armed with the knowledge that the second generation of genocide survivors in Cambodia had little knowledge of their country’s brutal history, Moore disembarked to Southeast Asia hoping to teach young women how to make zines. What she learned instead were brutal truths about women’s rights, the politics of corruption, the failures of democracy, the mechanism of globalization, and a profound emotional connection that can only be called love. Moore’s fascinating story from the cusp of the global economic meltdown is a look at her time with the first all-women’s dormitory in the history of the country, just kilometers away from the notorious Killing Fields. Her tale is a noble one, as heartbreaking as it is hilarious; staunchly ethical yet conflicted and human. The in-depth examination of Moore’s stint among the first large group of social-justice-minded young women from the impoverished provinces is told in intimate, mood-evocative, beautifully-written first-person prose. Cambodian Grrrl is the first in a series of short essay collections on contemporary media, art, and educational work by, for, and with young women in Southeast Asia. Part memoir and part investigative report, Moore’s story could only be told by her, and the result is illuminating, and vital, reading.
Read more
Previous page
Next page

"The activities in the book act as a form of art therapy: liberation through creative expression. Cambodian Grrrl acts as part diary, part undercover investigation, exploring the lives of both the women in Cambodia but also representation of western women in Asia." —Sophie Coombs, pearrls.com

Anne Elizabeth Moore is a Fulbright scholar and the author of Unmarketable: Brandalism, Copyfighting, Mocketing, and the Erosion of Integrity and Hey Kidz, Buy This Book. She is the former editor of the Best American Comics and Punk Planet. Her work with young women in Southeast Asia has been featured in Time Out Chicago, Make/Shift, Print, the Phnom Penh Post, GritTV with Laura Flanders, and NPR’s Worldview with Jerome McDonnell. When she’s not adventuring, Moore lives in Chicago and maintains an active art exhibition schedule.

“One of the sharpest thinkers and cultural critics bouncing around the globe today” — Razorcake.

Anne Elizabeth Moore is a Fulbright scholar, Truthout columnist, and the multiple award-winning author of Unmarketable: Brandalism, Copyfighting, Mocketing, and the Erosion of Integrity (The New Press, 2007) and Hey Kidz, Buy This Book: A Radical Primer on Corporate and Governmental Propaganda and Artistic Activism for Short People (Soft Skull, 2004). Co-editor and publisher of now-defunct Punk Planet, founding editor of the Best American Comics series from Houghton Mifflin, Moore teaches at the School of the Art Institute of Chicago and works with young women in Cambodia on independent media projects. Moore exhibits her work frequently as conceptual art, has been the subject of two documentary films, and her work appeared on the radio program Snap Judgment and in the Progressive, Bitch, and on Truthout. She has written for The Onion, Feministing, The Stranger, In These Times, The Boston Phoenix, and Tin House. She has twice been noted in the Best American Non-Required Reading series. Her work with young women in Southeast Asia has been featured in Time Out Chicago, Make/Shift, Today's Chicago Woman, and Print magazines, and on GritTV and NPR's Worldview. She recently mounted a solo exhibition at the Museum of Contemporary Art in Chicago. Her latest book for Cantankerous Titles, Cambodian Grrrl: Self-Publishing in Phnom Penh, recently received a Lowell Thomas Award for Travel Journalism.

She was born in Winner, South Dakota. Seriously.

Zoe Zolbrod
5.0 out of 5 stars Informative, heart-wrenching, inspirational--and charming!
Reviewed in the United States 🇺🇸 on October 11, 2011
Verified Purchase
Is it possible for a foreigner to write a delightful and charming account of a country in the aftermath of a genocide? I had my doubts, but Anne Elizabeth Moore had done just that in this light and heavy little book. Few countries have had a recent history as devastating as that of Cambodia, and the United States is implicated in some of the misery. Moore delicately addresses the contradictions and challenges she faces as an American going to Phnom Phen to teach the country's first generation of female college students how to produce their own independent media. Moore lives very closely with these young women, and she beautifully captures their humor, intelligence, and grit. In just a hundred pages, I gained important insights into Cambodia and gave my heart to these girls. I highly recommend this very special book.
Read more
2 people found this helpful
Helpful
Report abuse

R. Silva
4.0 out of 5 stars Grrls and Zines
Reviewed in the United States 🇺🇸 on July 31, 2017
Author Anne Elizabeth Moore recounts her time living in a girls college dormitory in Phnom Penh, where she taught a class on zine-making. The connections between zines and Southeast Asia were an immediate hook for me, as both are among my areas of interest.

The author packs a lot of insights into a relatively thin volume. From feminism to punk culture to consumerism, to the culture of haggling to government corruption to the legacy of the Pol Pot regime, Moore gives a rapid-fire exchange of views from herself, her students, and some of her co-workers at the school.

The book is a good primer on life in Phnom Penh and on some of the challenges facing Cambodia today. It covers enough of the history of the Pol Pot period to get some understanding of how the horrors of those years continue to influence modern Cambodia. The book is also packed with quirky details and little bits of insights into culture and language.

I would have like to have seem some samples of the actual zines, and the book left me wanting to hear more from the powerful voices of the Cambodian grrrls that made such an impression on the author.

S. Shukaitis
4.0 out of 5 stars Make the Zine by Walking
Reviewed in the United States 🇺🇸 on October 27, 2011
This is a wonderful book. Having grown up with notions of 'zine making and autonomous media as empowering and almost taken for granted it's quite interesting to see how they can have difficulty traveling... or how what seems to harmless and incidental in one place ('zine making in the US) can take on a totally different meaning in another ('zine making in Cambodia). Anne has put together a great travelogue that shows when media practice and creativity cross cultures they both have the capacity to change how people interact as well as being changed themselves in that process.
Read more
2 people found this helpful
Helpful
Report abuse
See all reviews