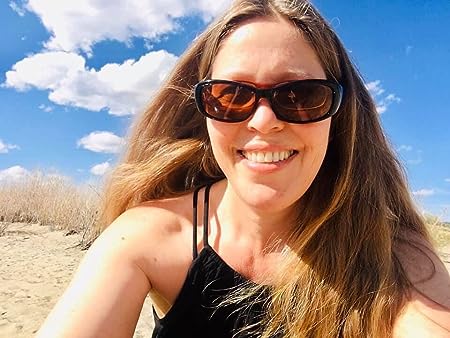 Camilla Downs (pronounced like Pamela, but with a “C”), was born in Witchita, Kansas and raised in Mississippi and Louisiana. Named after Camilla Sparv, a Swedish actress well known in the 1960’s and 70’s, she is the great great granddaughter of a full blooded Chickasaw Indian and an Irish immigrant.

Downs relocated to Nevada after working for 10 years as a paralegal in Washington State. She is mother to two children, Thomas and Lillian. They call themselves Team TLC to correspond with the first letters of each of their names and share their journey on The Team TLC website (http://www.TheTeamTLC.com). Lillian has a chromosome abnormality simply called 18p-. This means she is missing the short arm of chromosome #18.

Her first memoir, “D iz for Different – One Woman’s Journey to Acceptance“, touches on Downs’ nearly ten year marriage, becoming parent to one with special needs, and ultimately becoming a single parent to both kids when Thomas was one year old.

She began writing the book in June 2011 and the book was published in less than a year in May 2012. “D iz for Different” went on to become a best-selling book on Amazon in the categories of special needs parenting and self-help.

In October 2016, her son’s book, “Biggest Little Photographer“ was published. At 8 years old, Thomas took on a 365 photo a day project. Every day for one year he took a photo of a minifigure photographer taking a photo. The book contains about half of the photographs along with handpicked quotes by Thomas and Camilla.

In January of 2018 Lillian’s debut book, titled “Where Would You Fly and Other Magical Stories” was published. This is a beautiful book of Lillian’s writings from age 4 to 15 years old. The book also includes Lillian’s artwork and a few of Camilla’s nature photographs.

Downs is a walker. She is out for walks anywhere from three to six days a week. Nature is partly the inspiration for her writings and poetry. The other part is a desire to process her life experiences; to give them an outlet through writing. In addition to walking, she meditates six mornings week, loves to read, and enjoys eating delicious vegan eats. 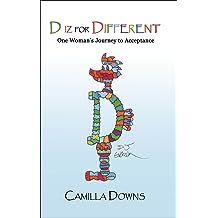 D iz for Different: One Woman's Journey to Acceptance Apr 26, 2013
by Camilla Downs
( 40 )
$3.99
In her early thirties Camilla Downs landed in a different place than she had planned; a place more different than she could ever have imagined. Five years into her marriage with a happy three-year-old daughter, a phone call with a diagnosis from the pediatrician changed everything.

This A to Z inspiring memoir recounts Downs' journey to acceptance of herself, her daughter's genetic abnormality of 18p- and becoming a single mom. Through Downs' realization's we learn that accepting ourselves and our situations is the key to being able to accept others, tap into our vein of courage and live in the present moment. Downs details her journey with the methods and thought process that led her to achieve true acceptance and genuine happiness. You'll learn ways to redefine your thought processes and belief system by applying the practical, insightful “Tips for the Journey” at the end of each chapter.

Whether you need to decrease stress and worries, or increase self-confidence, this powerful book will help you make changes for the better and realize you are not alone. Begin your new journey today!

“As a blind person myself, I understand the challenge and blessing of doing things differently. In this book, Camilla shares her journey with Lillian which will help us all do more, give more, and be more.” -Jim Stovall, Emmy-award Winner, Best-selling author, The Ultimate Gift

“My granddaughter Mable and my niece Elizabeth are both different enough to have special needs so I speak from personal experience about Camilla Downs' enlightening book 'D iz for Different: One Woman’s Journey to Acceptance'. I believe this book will help those who find themselves asking how and why questions about their “differently-abled” loved one. This quick and thoughtful read gives answers to hard questions and provides some easily used tools to help people move more quickly to a place of peace and acceptance.” -Julie Ziglar Norman, Proud Grandmother and Aunt, Founder of Ziglar Women, Inspirational Speaker, Author of Growing Up Ziglar: A Daughter’s Broken Journey from Heartache to Hope
Read more
Other Formats: Paperback 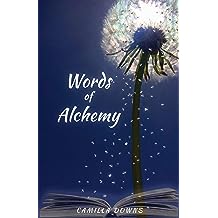 In Words of Alchemy, Camilla Downs invites you to walk with her to share her love of Nature and Life through a free-verse poetry memoir.

During her daily strolls she is mindfully present as she delves into life in the raw and experiences her heart’s observations.

Camilla embraces what happens when she opens her heart and invites the written words to flow. The Alchemy of Love and Healing is what happens.