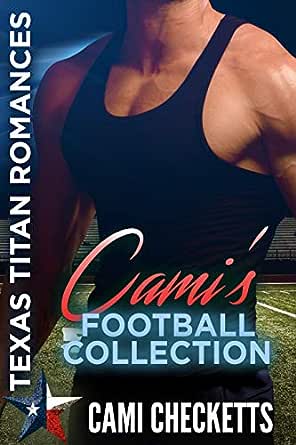 You've subscribed to Texas Titan Romances! We will preorder your items within 24 hours of when they become available. When new books are released, we'll charge your default payment method for the lowest price available during the pre-order period.
Update your device or payment method, cancel individual pre-orders or your subscription at
Your Memberships & Subscriptions
There was an error. We were unable to process your subscription due to an error. Please refresh and try again. 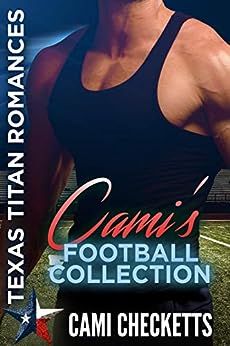 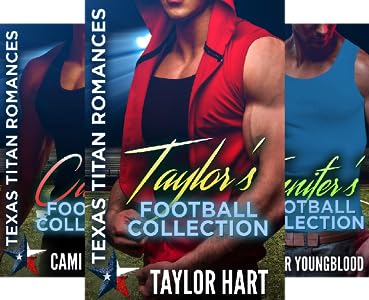 4.8 out of 5 stars
4.8 out of 5
27 customer ratings
How does Amazon calculate star ratings?
Amazon calculates a product’s star ratings based on a machine learned model instead of a raw data average. The model takes into account factors including the age of a rating, whether the ratings are from verified purchasers, and factors that establish reviewer trustworthiness.
Top Reviews

Ellen Oceanside
TOP 1000 REVIEWER
5.0 out of 5 stars Great .Stories
Reviewed in the United States on February 12, 2020
Verified Purchase
FEARLESS. GROOM
Izzy was more than her tycoon father. If she got Xavier to sign, she had unlimited access to her father’s charity fund. That in turn would go to the childrens hospital, where she was a nurse practitioner. Would he still want a dinner date, after bidding on him and knowing who her father was.
Xavier hated that his agent marketed him as a womanizer, as well as the owner of the team. The price they got was unreal, and so was the name, she had only given him Izzy. not the last name. Earlier when eyes meet, they seemed to hold a promise between the two of them, would all that be lost, because of who her father was. A good plot, revealing of who they really were, would they be able to find it.
TRUSTWORTHY. GROOM
William is making her nervous of what he would do if alone. If she said anything, there would even more problems, against the team, her father no telling what he would do. Brady one of her team’s player came in and she pretended they were engaged. It was a tricky situations he was VP of Rules, and no telling what he would do to get him fired. Brady has his own problems with a stalker, and it was suggested he have a fiancé, maybe then it would stop.Her dad knows, now suggesting a fake marriage might benefit both. Delightful twist, with love coming after a fake marriage.
These were two I especially liked, but all were great, and good selection.
Read more
Helpful
Comment Report abuse

I enjoy novels written by Cami Checketts, especially the ones written about the football players falling in love. The storylines are completely different, so you never truly know what you will be getting into upon beginning one of her novels. I also enjoy how she always sees the complete story through. If you meet a character, you will know there story and the important they play towards the main plot. If you do not figure it out completely in the current novel, then you can bet there will be a book about that character to finish the series. You will never be disappointed and you will be satisfied from beginning to end.
Read more
Helpful
Comment Report abuse

Elaine
5.0 out of 5 stars Wonderful read
Reviewed in the United States on March 2, 2020
Verified Purchase
Final book in Cami's football collection. Ryder needs someone to help his son who hasn't had spoken since his mom died. Bree is a speech therapist who has been hired to see if she can get Tate to talk. Bree moves in to work as both his therapist and Nanny. But Bree and Ryder find themselves falling for each other. Bree is also trying to find her sister, Jasmine, who she hasn't seen since she was 10 when they were separated from their foster home. There are some twists with Jasmine. Read to find out how this turns out.
Read more
Helpful
Comment Report abuse

Muriel Brumley
5.0 out of 5 stars Loved all of them.
Reviewed in the United States on January 30, 2020
Verified Purchase
Great books about the Texas Titans players a d owners daughters. I loved the romance and bits of suspense in all of the books in this collection. There is also a book of the Q
Read more
One person found this helpful
Helpful
Comment Report abuse

KAC
5.0 out of 5 stars Great books
Reviewed in the United States on November 1, 2018
Verified Purchase
I love this clean romance collection. The stories are interesting and fun and I enjoyed how some of the characters were woven into multiple stories while we got to know the new characters.
Read more
One person found this helpful
Helpful
Comment Report abuse

Elizabeth Sintes
5.0 out of 5 stars Cami’s Football Collection
Reviewed in the United States on February 21, 2020
Verified Purchase
Who can write something so good to describe Cami Checketts talent in writing stories as beautiful as she does. I have read books by Cami Checketts and there is nothing more to be said but. Excellent!!
Read more
Helpful
Comment Report abuse

Kindle Customer
5.0 out of 5 stars Famous but super nice guys
Reviewed in the United States on March 30, 2020
Verified Purchase
Great set of books. These books feature very wealthy and some times troubled athletes. They are revealed as real down to earth people and each one is so different. Written by one of my very favorite authors.
Read more
Helpful
Comment Report abuse

Kindle Customer
5.0 out of 5 stars Football and fatasy
Reviewed in the United States on February 23, 2020
Verified Purchase
Amazing compilation of stories about the men of football and the strong resilient woman they love and the struggles they overcome to seal their love and share their lives!
Read more
Helpful
Comment Report abuse
See all reviews from the United States

Jenny K.
5.0 out of 5 stars Cami’s Football Collection: Romance Texas Titan by Cami Checketts
Reviewed in Canada on March 4, 2020
Verified Purchase
I liked that these stories are clean romances and I read and loved each and every one of them.
Read more
Helpful
Sending feedback...
Thank you for your feedback.
Sorry, we failed to record your vote. Please try again
Report abuse