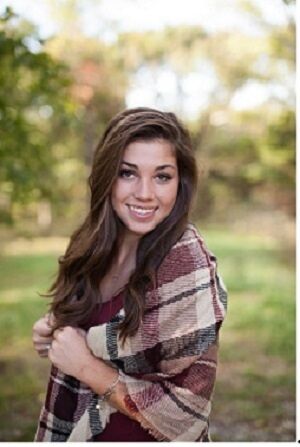 Candice Christian was born in Paris KY on 9 January, 1988. Her parents, George Bertrand Christian, an attorney who once aspired to be an actor, and Frances Hollowell insisted that the two girls, Candice and her sister Simone, be sent to a Catholic school. Candice herself was deeply religious as a child, at one point thought of becoming a nun. She lost her faith in her mid-teens and has remained an agnostic.

Candice was intellectually precocious, fueled by her father's encouragement; he reportedly would boast, "Candice thinks like a man!" Also like other middle-class families with girls of her age, her education opportunities were put at risk. Candice took this opportunity to do what she always wanted to do while also taking steps to pay for her schooling

After passing baccalaureate exams in mathematics and philosophy in 2010, she studied literature/languages in Canada.

Candice first worked at a community college in Indiana. Although not officially enrolled, she sits in on courses at Indiana State to improve her writing skills

A good deal of her writing is influenced by her youth. She refuses to say which characters in her books, apply to her. “I view myself as an individualist. Possessing high ethical standards. This is in complete contrast to the rigidly moral conventionalism of my mother's teaching. This difference, is the main reason why I became a writer and an intellectual."