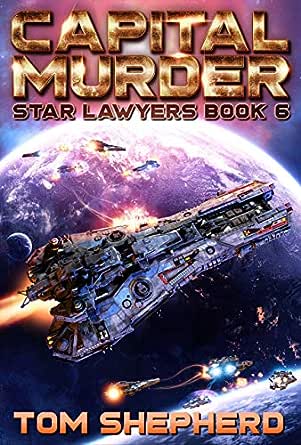 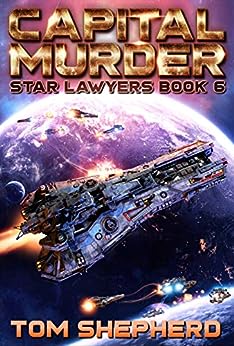 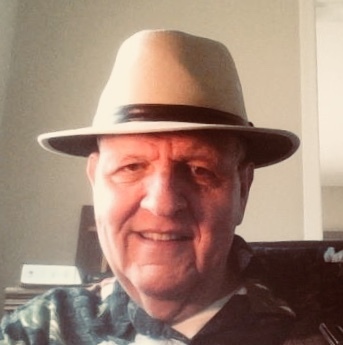 4.6 out of 5 stars
4.6 out of 5
8 customer ratings
How does Amazon calculate star ratings?
Amazon calculates a product’s star ratings based on a machine learned model instead of a raw data average. The model takes into account factors including the age of a rating, whether the ratings are from verified purchasers, and factors that establish reviewer trustworthiness.
Top reviews

Marjorie
VINE VOICE
5.0 out of 5 stars Never underestimate the power of a good lawsuit
Reviewed in the United States on July 27, 2020
Verified Purchase
The crew of the Patrick Henry is more than capable of defending themselves in hand to hand combat and the Legal Beagle is generously armed, but they prefer to avoid physical confrontation and instead win their battles in the courtroom. The best way to win a war is to prevent it from happening in the first place, and that is exactly what they set out to do in this galaxy spanning adventure.

Once again, Shepherd weaves together an amazingly comp!ex plot featuring a large ensemble cast into a story that is by turns humerous, adventure-filled, emotionally tender, and bawdy. The stakes are high, the interpersonal relationships are a tangle, but if there is one thing they know it is how to win, even when it means defending a woman claiming to be pregnant with your fiance's child for a crime your team previously proved her guilty of. Yeah, tangled mess, and that is just skimming the surface!

This is book 6 in the Star Lawyers series but Shepherd does a good job weaving in enough background info a reader new to the series could enjoy this book. That said, it is an excellent series and a far richer experience of you start from the beginning. The crew of the Patrick Henry is truly a delight to spend time with.

Simurg
4.0 out of 5 stars The saga continues
Reviewed in the United States on July 6, 2020
Verified Purchase
This is the 6th entry in the Star Lawyer saga. I liked the five prior books, so I am naturally predisposed to like this one. That said, I was a bit disappointed when the first chapter started with, what I saw as a parody of the old Star Trek tope where the most exotic thing a writer could come up with was as outlandish a matrifocal society as a man could come up with. Seriously? Do men assume that a planet ruled by women has to look like some fundamentalist, male centered religious cult of today? BUT! By the end of chapter 2, my world was set right again, and the story continued in the usual hyperactive style.
I really like the stories of the star lawyers, but why is it necessary to constantly refer to people’s skin color, or ethnic background to tell the story? A thousand years from now does the Lebanon still exist and is African American still a concept? I could understand if people are referred to by their planet of origin, and maybe even their iridescent blue hair, or whatever, but why do we still have the same racism going then as we do now? The author references Lovey’s color, but nowhere is the whatever shade of beige skin color of the star lawyers themselves mentioned. That obsession with constantly harping on skin colors and other racial traits is annoying. I know it’s today’s issue, but I’m sooooo tired of it.
Read more
One person found this helpful
Helpful
Comment Report abuse

Capndiesalot
5.0 out of 5 stars Excellent conclusion to this Arc
Reviewed in the United States on July 15, 2020
Verified Purchase
I’ve read every book in this series, and loved every minute of the adventures, character development, and legal arguments. I’ll continue buying, and enjoying Shepherd’s work as long as he writes.
Read more
2 people found this helpful
Helpful
Comment Report abuse

Jan
4.0 out of 5 stars Lots of twists
Reviewed in the United States on July 15, 2020
Verified Purchase
This was a good ending for this arc, but I couldn't quite get into the story. It just wasn't as good as previous books and I don't know why. The story had some good twists that I didn't see coming and keep me guessing. I will be reading the next one to see what they get up to in the future.
Read more
One person found this helpful
Helpful
Comment Report abuse

Karen VA
5.0 out of 5 stars A satisfying, action-packed legal thriller set in a universe of diversity.
Reviewed in the United States on July 6, 2020
Verified Purchase
This story of a clone's emancipation weaves an intricate web of prejudice, injustice, greed & war with humor, insight & inclusiveness. It is an easy read, though provoking and just plain fun. Mr. Shepherd has taken his rightful place on my sci-fi A-list.
Read more
One person found this helpful
Helpful
Comment Report abuse

Manie Kilian
5.0 out of 5 stars Sheer excitement
Reviewed in the United States on July 8, 2020
Capital Murder by Tom Shepherd starts of with the best situational introduction I have ever come across as yet when Kalei gets kidnapped, a subsequent pursuit takes place and in an unusual manoevre the suspect vehicle is boarded by the space marines in an effort to set the captives free.
Talk of action from the word "Go! ".
And from there action just seems to increase in various ways as plot and ingenious subplots develop into a plethora of compelling situations that had me nailed down in an enthusiastic turning of pages till I got book finished.
But, then, this seems to be symptomatic of the entire Star Lawyers series. Capital Crime, though, takes the honours if only for the excitement and sheer entertainment value.
Enjoy.
Read more
3 people found this helpful
Helpful
Comment Report abuse

StarbooksIH
5.0 out of 5 stars Very good, again!
Reviewed in the United States on July 28, 2020
Star Lawyers never disappoint! Action, very entertaining court room proceedures and.. The impossible to win cases.
I really like this series and the quite unique settings.
And of course, our likeable characters!
A very good book, again and a well done conclusion of the arc.
Read more
One person found this helpful
Helpful
Comment Report abuse

Dr Susan
4.0 out of 5 stars Good sci fi adventure
Reviewed in the United States on July 30, 2020
I enjoyed this series when I read up to book 5 last year. The body count was a little higher than I like in these stressful times, but I still enjoy the stories and the characters. I look forward to book 7.
Read more
One person found this helpful
Helpful
Comment Report abuse
See all reviews from the United States