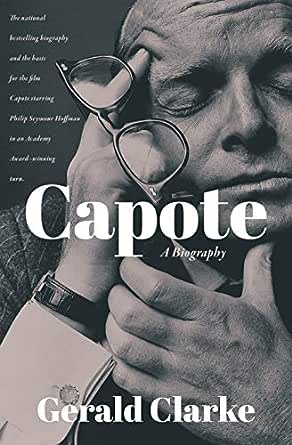 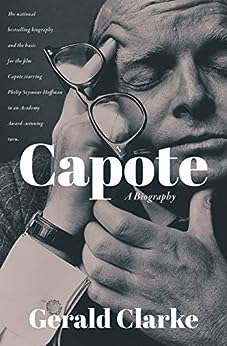 "In this riveting biography, Clarke, former Time writer, depicts the sad sequence of sparkling achievements and overwhelming despair that marked the life of Truman Capote," commented PW . "Readers will be dazzled both by the life lived and the compelling skill with which Clarke brings it before us." Photos. Author tour.
Copyright 1989 Reed Business Information, Inc. --This text refers to an alternate kindle_edition edition.

Clarke breaks Capote's life into four sections: a childhood spent mostly with relatives while his self-absorbed parents staggered through their disorderly lives; his years of discovery, when he had the two great romances of his life, traveled the world, and found his voice as a writer; the writing of In Cold Blood ; and the destructive obsessions with drugs, alcohol, and lovers that followed. Clarke's analysis tends to be superficial and his research, though impressive, has gaping holes. He is strongest in his portraits of Capote's first lover, the literary scholar Newton Arvin; the parade of men who disrupted the last 15 years of his life; and Capote's "swans," the very wealthy women who became addicted to his seemingly magic touch. Paradoxically, Clarke fails to produce a full portrait of Capote himself. The chaotic figure will need to be studied from many angles: Clarke provides a point of reference. Rob Schmieder, Boston
Copyright 1988 Reed Business Information, Inc. --This text refers to an alternate kindle_edition edition.

Gerald Clarke is also the author of a biography of Judy Garland, which, like Capote, was a New York Times bestseller. He lives on Long Isalnd.
--This text refers to an alternate kindle_edition edition.

celebrity at age 23 to overweight, alcoholic loner in his 50s, Truman Capote streaked across the middle of this century on a comet of genius, self-destruction, and fame. Drawing upon hundreds of hours of interviews with Capote and with nearly everyone who knew him, and with exclusive access to personal papers, Gerald Clarke has written the definitive biography of an incomparable man and his time.<br>"Extraordinary . . . Rich in intelligence and compassion . . . One can't put the book down. Few literary biographies in recent memory have been so vivid and absorbing." -- Bruce Bawer, The Wall Street Journal<br><br><br><i>From the Trade Paperback edition.</i> --This text refers to an alternate kindle_edition edition.

"Mesmerizing. . . . The book reads as if it had been written alongside the life, rather than after it."

“A book of extraordinary substance, a study rich in intelligence and compassion....To read Capote is to have the sense that someone has put together all the important pieces of this consummate artist’s life, has given everything its due emphasis, and comprehended its ultimate meaning.”

“Engrossing, vivid, beautifully written, a large-scale portrait of the rich and famous. . . This is literary biography the way it should be written, as rich and densely textured as a novel.”