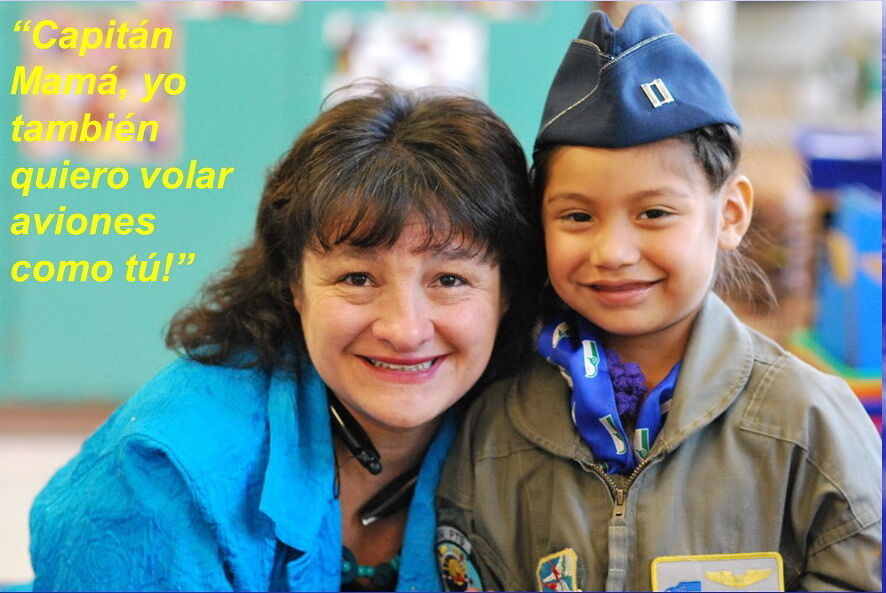 "You Are Not Small" by Anna Kang
Two fuzzy creatures can't agree on who is small and who is big, until a couple of surprise guests show up, settling it once and for all! | Learn more

Evelyne Holingue
4.0 out of 5 stars Take a Trip Aboard A Special Plane (Bilingual English/Spanish)
Reviewed in the United States on February 1, 2017
I received this book from the author, so I could review it for the annual Multicultural Children's Book Day.

Sometimes we don’t pay attention to the writer or illustrator behind the picture book. After all, what matters is the story, right?
But Captain Mama’s Surprise/ La Sorpresa de Capitán Mamá is a different kind of book and knowing about the author matters.
Graciela Tiscareño-Sato is a woman, Hispanic and a Veteran. She is the author of the series Captain Mama and the founder of Gracefully Global, LLC, and the 2014 White House Champion of Change, Women Veteran Leader recipient. Wow!

Told from the perspective of Marco, a second grader, the young readers follow him and his classmates as they go on an Air Force base field trip where Marco’s mama works as the navigator on an aerial refueling tanker.
Every task on the tanker is explained through casual dialogues between the children and the crewmembers (I liked it that it is a coed team and also multiethnic).
The picture book is longer than a typical picture book and the pages are sometimes a little too crowded, mostly due to the fact that the text appears in English and Spanish, which is also an asset.

The physical quality is also less appealing than a traditionally published picture book. However the positive “message” of the story largely compensates.

Three elements make this picture book really special:
1- Lack of similar books on the topic written by a Hispanic Veteran woman.
2- Completely bilingual.
3- Final pages with an English/Spanish glossary, a list of educational resources and their websites, and a hands-on art/engineering project with different options depending of the children’s age.

Illustrated by Linda Lens (I love how she’s able to bring real-life expressions to the different characters) the 42 pages book is best suited for K to 3rd grades.
Read more
One person found this helpful
Helpful
Report abuse
See all reviews
Back to top
Get to Know Us
Make Money with Us
Amazon Payment Products
Let Us Help You
EnglishChoose a language for shopping. United StatesChoose a country/region for shopping.
© 1996-2021, Amazon.com, Inc. or its affiliates